Posted on October 07, 2017 by Katrina Demeanour 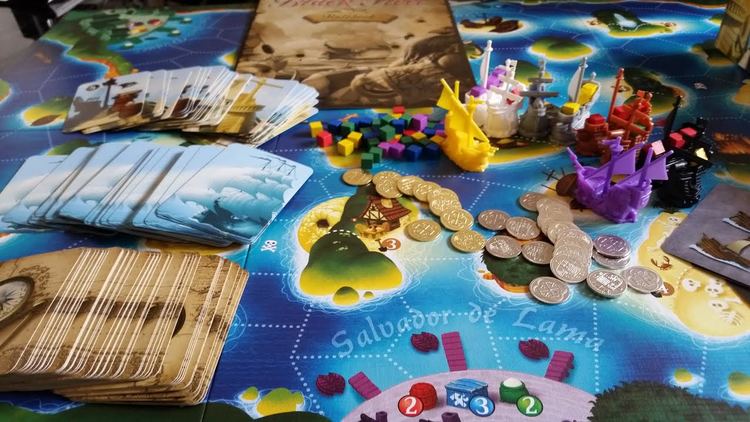 Ever fancied a swashbuckling adventure across the high seas, trading goods and hijacking honest merchants to make a quick doubloon or two? If so, this is the perfect game for you. In Black Fleet, you get to play the role of honest merchants, dastardly pirates and heroic navy ships all without getting wet!

When you open the box for Black Fleet the first thing that strikes you is its sheer beauty. The components are just gorgeous and look, the insert is a pretty functional, but awesome skull and crossbones! 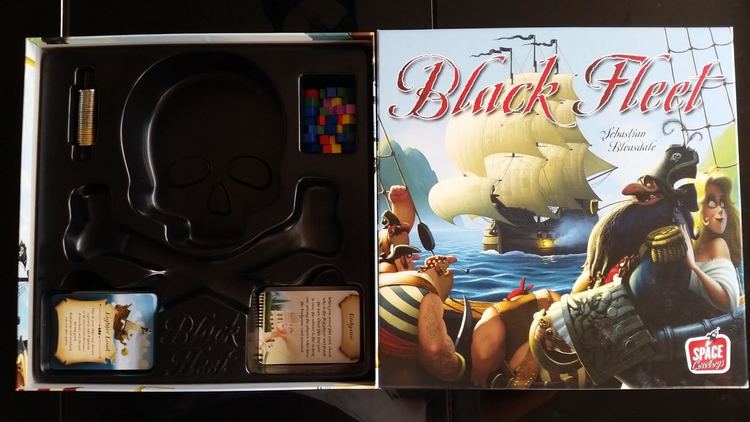 The components are as follows:

Each turn you will choose one of your five movement cards to play, allowing you to move your merchant ship, your pirate ship and one of the navy boats. Beware though, the higher movement cards will force you to discard fortune cards, while some will allow you to draw extras (more on fortune cards later!) 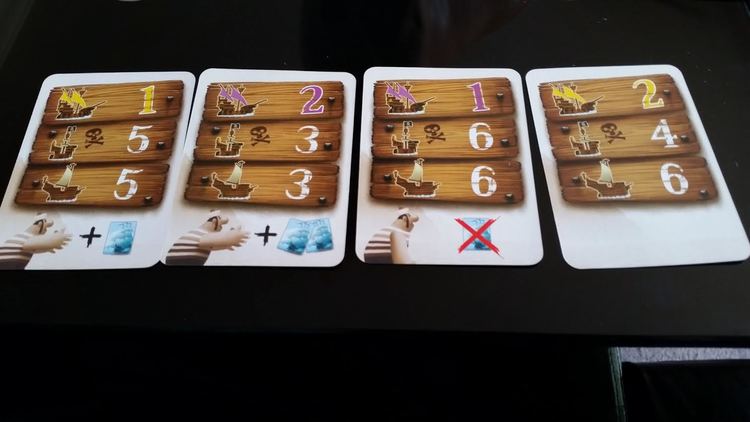 During your turn you can also use the fortune cards which have all sorts of special abilities. 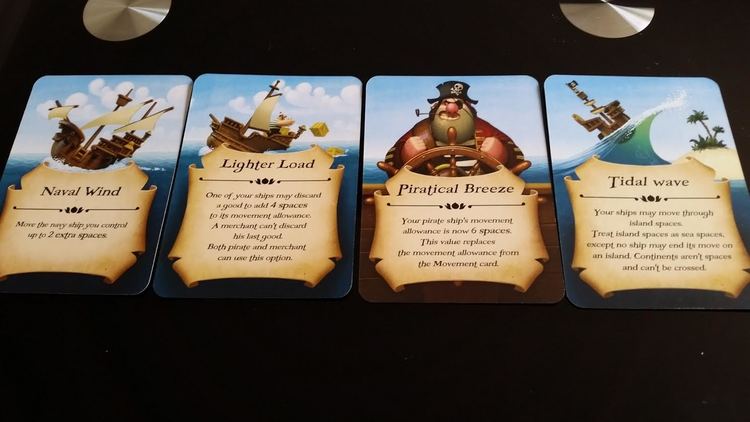 Every time you sell goods or attack another players ship you will get beautiful, shiny (metal) doubloons. Your pirate ships (if they successfully hijack merchants) get to bury their ill gotten gains and gain doubloons depending on where they bury it.

The aim of the game is to turn over cards in your scenario (in any order) and lastly turn over your victory card, as soon as someone does, you are in the last round. Each of your scenario cards give you special abilities that can be used each turn. These abilities are strong, meaning it is useful to get them flipped over as soon as possible. There is a short version of the game with victory cards valued at 10 or a longer version where these cost 20 to flip over. There are six versions of each scenario meaning this game has great replay ability. 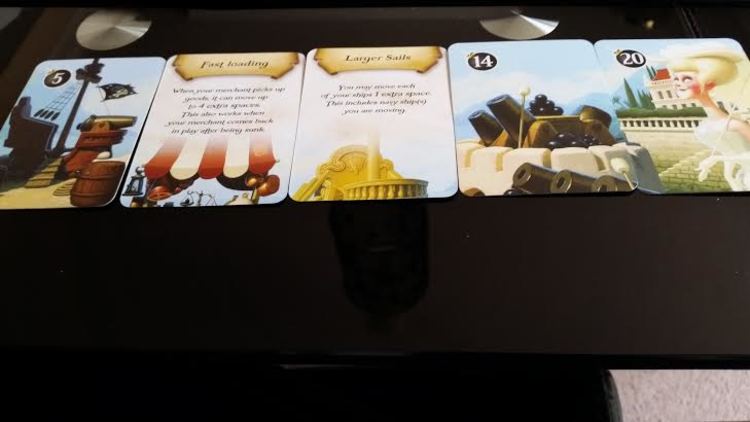 While this game, at base level, is very simple, the choices you need to make can be quite complex, which movement card to play, when to use your special moves from fortune cards and scenario bonuses, when to try and attack your opponents and when to run a mile! This means that while it is a great entry level game to play with family, there are enough choices to please the hard core gamer.

This game has so much adaptability, along with the truly lovely components and is a lot of fun. Easy for kids but engaging enough for adults, meaning we give it a solid 8 out of 10.