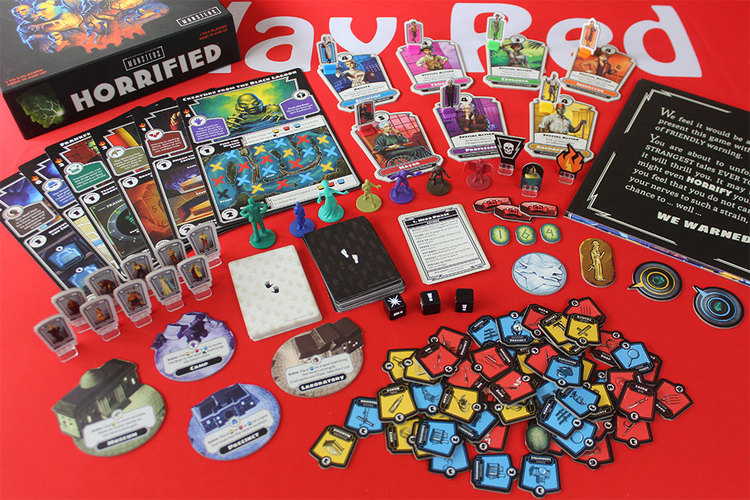 ‘OK, this is strange!’, I hear you cry, ‘Kat is talking about a co-operative game.’ Well, let me assure you lovely people I haven’t been body-snatched or anything sinister, it does happen occasionally. There are a few great games that are co-ops (and I mean just a few!!) but this one caught my eye because of….. Theme (let me assure you again this is not an alien in Kat form)

Universal Studio Monsters, there, I said it, that’s the only reason I HAD to track down this game!

After all, who doesn’t want to be chased down by Dracula, Frankenstein's Monster, Creature from the Black Lagoon and get to star in their own Universal Monster Movie?

Oh, just me then?

Place the board on the table. Place the Terror Maker on the zero of the Terror Level track (top left side of the board). Shuffle the Monster cards and form a deck, place this with the Villager standees and dice by the side of the board. Choose which Monsters you wish to play against (for a starter game it is recommended to use Dracula and Creature from the Black Lagoon, however, depending on how tough you want it to be you can play with anything up to four monsters!) Take the chosen Monster Mats and place them by the board in frenzy order, from lowest to highest (this is shown on the top left of each monster mat) Place the frenzy marker on the mat with the lowest frenzy order. Complete the set up for each monster as shown on the mats. Return all unused Monsters to the box. 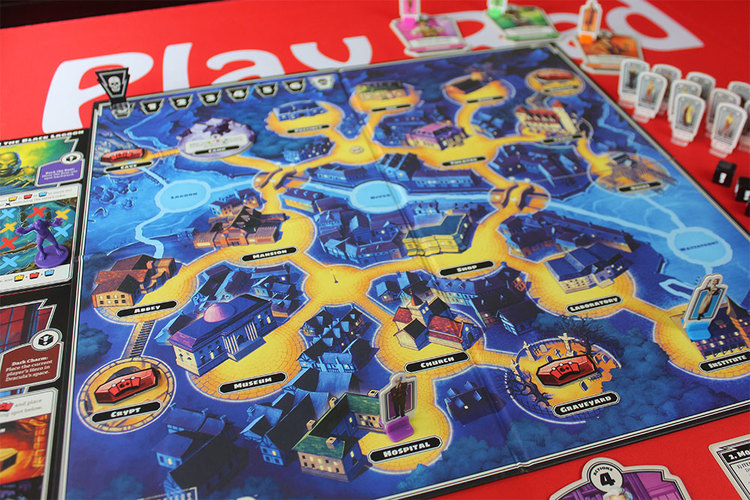 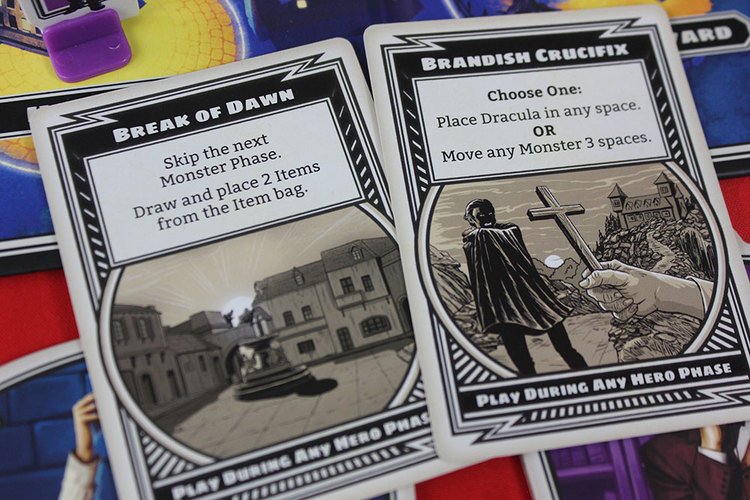 Place all sixty of the item tokens into the bag. Draw twelve at random and place them on the indicated spaces.

In Horrified, players work together to defeat the Monsters on the board. Each Monster has different defeat conditions, these are detailed on the individual monster mats.

The players lose if one of the following happens:

Out of Time: If you need to draw a card from the monster deck and it is depleted, you have taken too long and the players will lose. 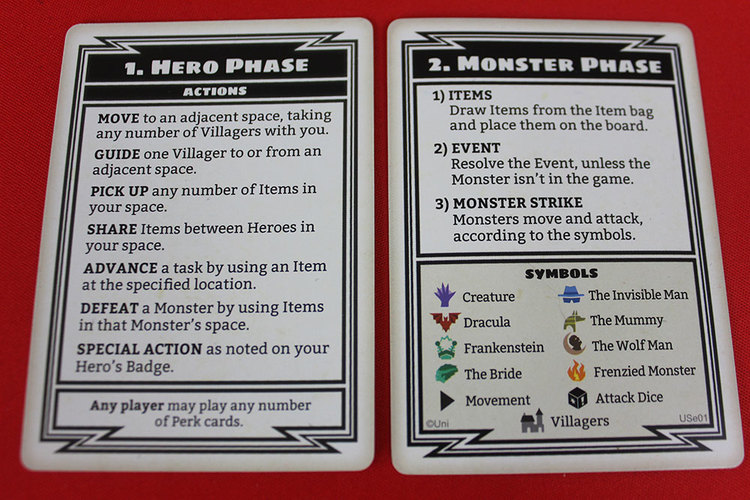 Each turn has two phases, performed in the following order:

Hero Phase - Take as many actions as indicated on the top of your hero badge. There are a total of seven actions you may take and these may be repeated as many times as you wish (obviously limited by the number of actions you have!) You may always use your perk cards in the hero phase, this does not count as taking an action.

Move - Move your hero along a path to an adjacent space. You cannot move onto water spaces and may only cross the river using bridge spaces. You may move a villager with you at no cost.

Special Action - Some heroes have a special action, as shown on their badge. These count as one of your actions but may be taken multiple times.

Pick Up - Take any number of items from a space you are on and place hem in front of you.

Share - You may pass items between heroes that are on the same space.

Advance - At a specific location, you may use an item to advance a Monsters task.

Defeat - In a monsters space you may use your items to defeat a monster as long as their task has been completed. 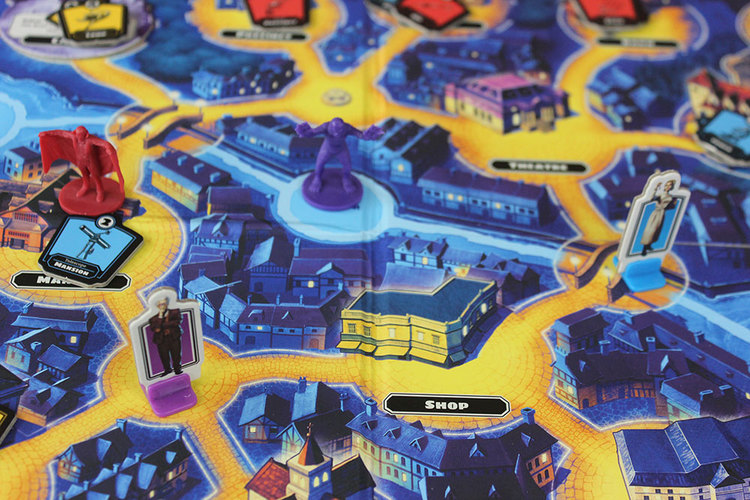 Monster Phase - Take the top card of the monster deck and resolve the three parts of the card:

Items - Draw the number of items from the bag as shown on the top of the monster card and place them on the board.

Event - This is the centre of the card. Grey cards are about villagers, coloured cards will refer to a specific monster. If that monster is not in the game, ignore the event.

Monster Strike - With each card, certain monsters will move and strike. These are indicated by the symbols at the bottom of the card. From left to right, move and attack with each indicated monster. If a monster is not in play, consider yourself lucky, nothing happens! However, usually, the frenzied monster will attack (the current creature with the frenzied token on) and this can mean the same monster attacking twice in one turn! 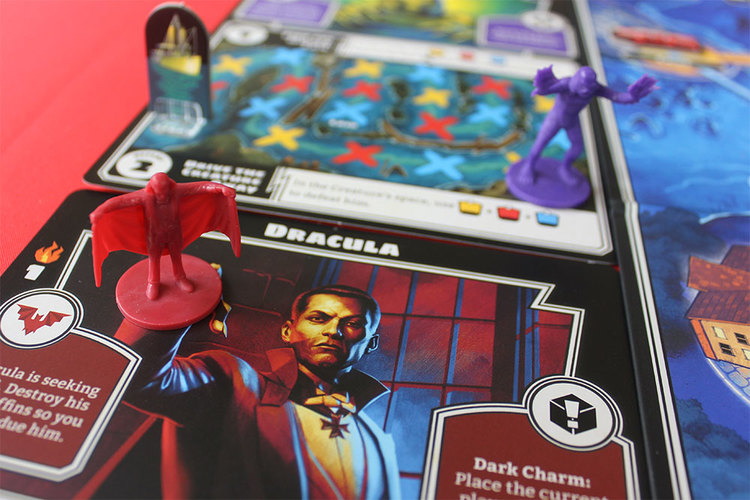 The monster moves the indicated number of spaces towards the closest person (Hero or Villager). As soon as the monster enters a space with a person, they stop and will attack. Roll the number of dice indicated. If the exclamation mark is rolled, activate the monster’s power. If the hit symbol is rolled, players may discard an item for each hit shown. If the hero does not have enough items, they are defeated, it only takes one hit to kill a hero (these are monsters after all!) A villager is defeated as soon as they are hit by a monster. When a hero or villager is defeated by a monster, move the terror marker forward one space and remove the marker from the board.

If a hero dies, they place their marker in the hospital location at the start of the next turn and take their turn as normal. They also get to keep all items and perk cards.

Villagers may appear during the Monster phase when you draw cards. They will start at specific locations and will be trying to get to a safe location as stated on the card. You can use move and guide actions to move them around the board. As soon as they arrive at their safe location, players are rewarded for their help. The current player gets to draw a perk card from the deck and the villager is removed from the board. 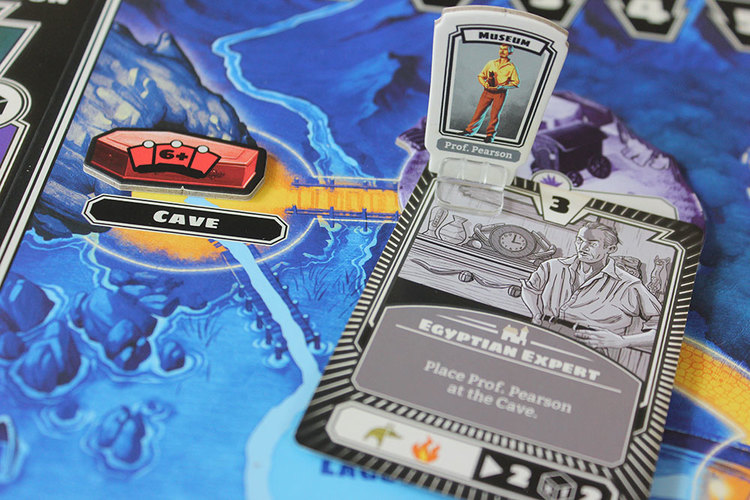 The game can end in one of three ways:

If the Terror level reaches the end of the track, the game ends immediately and the Monsters win!

If you need to draw a card from the Monster deck and it is empty you have taken too long and the game immediately ends, the Monsters win!

If you manage to defeat all monsters, the game ends immediately and the players have won! Go you - maybe you need to add an extra monster or two next time?

Horrified is a great family-friendly game that feels similar in weight to many other co-operative games, however, the theme really shines through with this one. Turning over the monster card and seeing a Monster come towards you is, truly, horrifying! The artwork is great and stays true to the Monsters classic appearances and the win conditions for each fit well with the characters (discover a cure for the Wolfman, find the hidden lair for the Creature from the Black Lagoon, smash Draculas coffins)

Realistically, as someone who is not a fan of co-op games, this won’t be coming off the shelves to play every week, but it will get played and it will bring a smile to my face when we do play it! 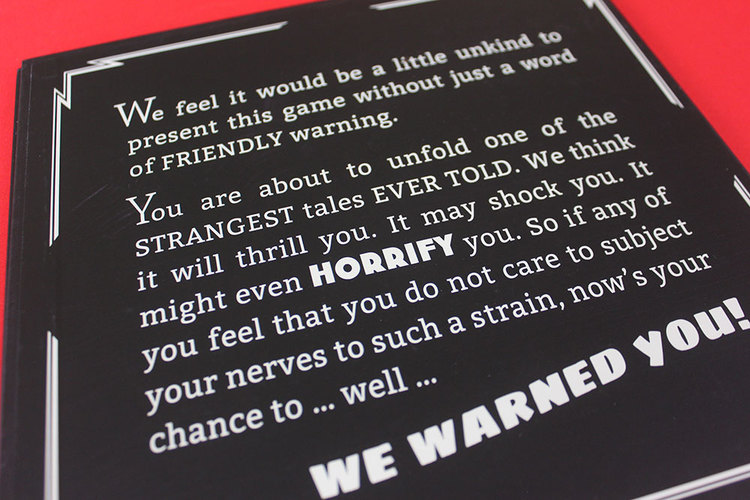 We love a good train game here and Traintopia certainly fits that category! Train games can vary wildly in complexity but Traintopia is a great family game that has us puzzling ... Continue reading →