Posted on February 07, 2016 by Katrina Demeanour 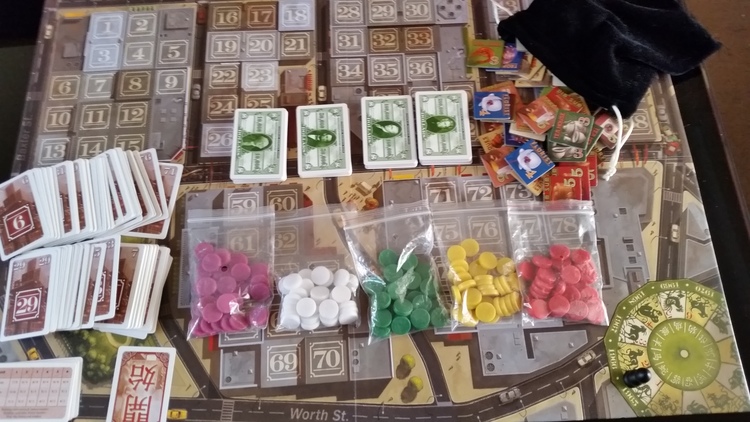 New York City in the 1960s. The new immigration act means a demographic boom and a new wave of Chinese immigrants is moving into Chinatown. Hard working men and women are wanting to buy buildings and establish businesses. Can you fulfill the American Dream in this game of trading and negotiation?

Chinatown comes with the following :

The game is played over six rounds with each player using their skills of negotiation to build an empire and earn money from the businesses they build in their territory over the six rounds of the game.

Each player takes a player aid, the tokens of their colour and $50,000 dollars. The board represents the New York Chinatown of the mid 60s and is divided into six districts with the squares numbered 1 to 85. The building cards are shuffled and a number dealt out to everyone depending on the number of players. (All shown on the player aid) 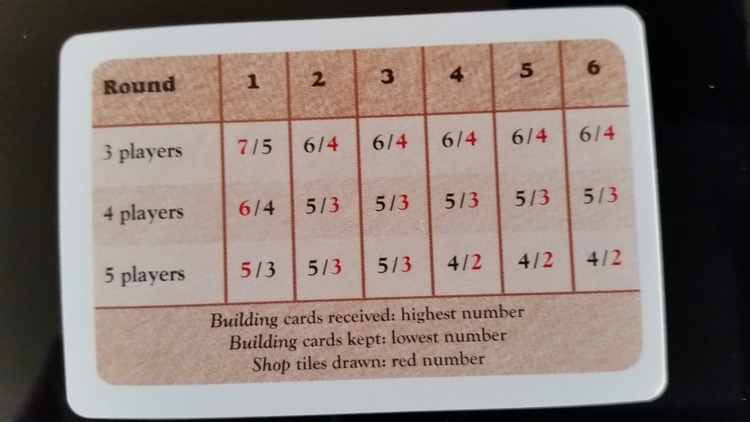 Each player receives the highest number of cards as shown on the left, the second number is the number of cards each player keeps. The discarded cards are removed from the game. Everyone puts one of their markers on the properties they have kept.

Each player then randomly draws a number of tiles from the bag as shown in red on the player aid.

Then the negotiations begin! This is the fun part of the game, especially with the right group. Anything can be traded and negotiated: buildings (with or without shop tiles), shop tiles and money, all in any quantity or combination. When a building is traded the owners exchange the appropriate cards to help keep track. The only rule is that once a shop tile has been placed on the board it must remain there.

Starting with the first player and working clockwise round the table each person can build any number of shop tiles on their buildings.

After each player has placed shop tiles everyone receives income as shown on the back of the player aid. 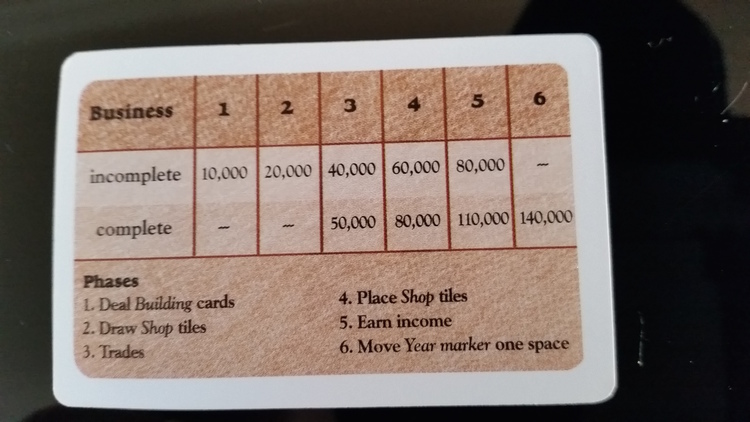 Income is distributed according to the size of the business and if it's completed or not.

Each shop tile has a number (between 3 to 6) that indicates the number of adjacent tiles needed to complete a business. In the game, each type of tile includes three more copies than its maximum size. For example a factory needs six tiles for completion and there are nine in the game. 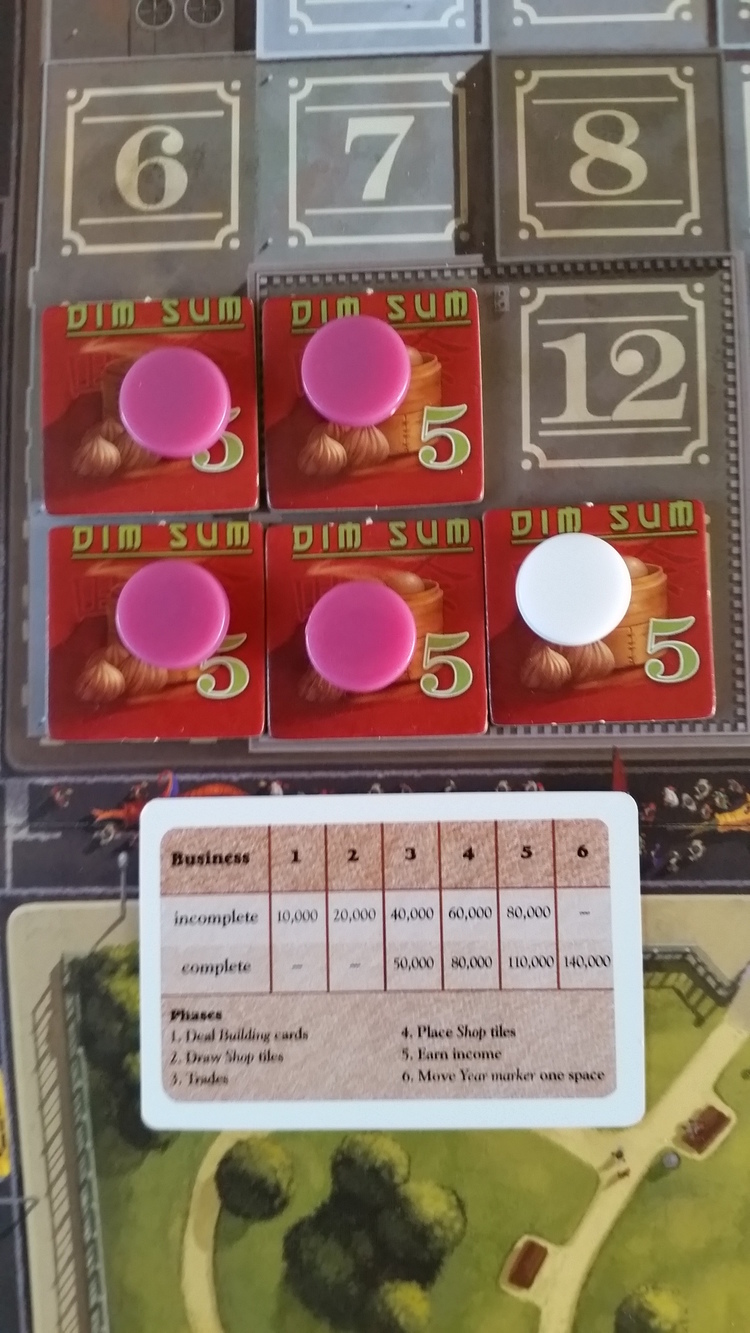 In this example purple will receive 60,000 for the four dim sum spaces, however if they can trade that fifth one with white it would become worth 110,000. So that would be a tricky trade!

In essence this is a very simple game but the fun of it lies in the negotiation phase. When choosing your buildings at the start of the round you need to not only look for spaces that are useful to you but also what might be useful to someone else and therefore put you in a good trading position this turn.

We have a pretty 'vocal' gaming group and this is a game that turns the air blue in our house (but in the nicest possible way!)

While the board is pretty basic looking, it does its job and is soon covered with shop tiles which have nicely themed artwork. My one criticism of this game is how similar the money looks, there just isn't enough differential between the different denominations. This gets a fair bit of play in our house, firstly as it takes five players and secondly because its a lot of fun!