Posted on December 23, 2017 by Katrina Demeanour 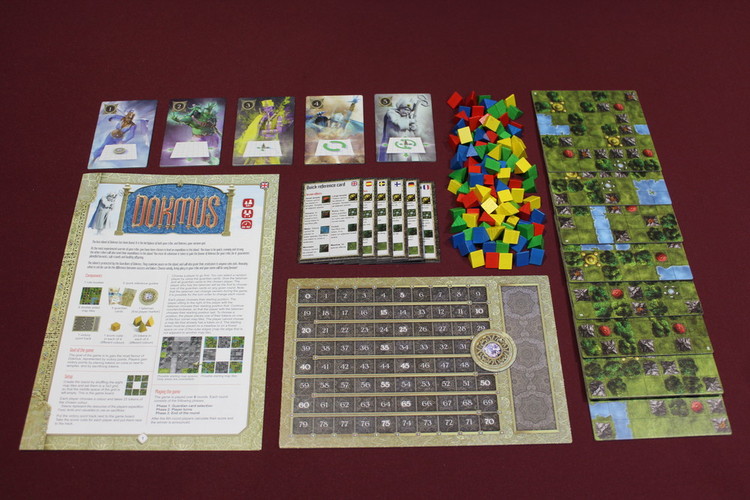 The lost island of Dokmus has been found, it is the birthplace of your tribe and your ancient God, Dokmus. As a tribe Elder, you are tasked with leading an expedition to the island. However, other tribes also have the same idea, you must do what it takes to gain the most favour and lead your tribe to victory!

The new edition of this comes in a streamlined, thin box but despite that and the small amounts of components, it still packs a punch!

Shuffle up the map tiles and set them in a 3 x 3 grid, so that the middle space is empty. (The tiles are doubled sided, A on one side and B on the other, the A sides are slightly easier!) Each player takes the tokens of their chosen colour and places the cube on the zero of the scoring track. Give the talisman token and all Guardian Cards to the starting player. The start player will change throughout the game so make sure the token moves at the start of each round if necessary.

The game is played over eight rounds, each round consists of two phases:

Starting with the player with the Talisman token and going clockwise, each player secretly selects a guardian of their choice and passes the remainder onto the next player until everyone has selected a card. The remainder are placed, face down to the side. 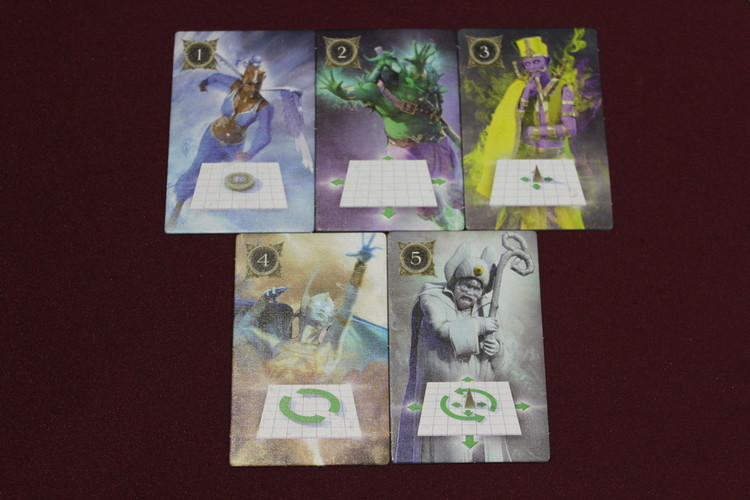 1 - Take the Talisman token - you will be the first player for the next round.

2 - Move a Map Tile - move one of the map tiles in a straight line vertically or horizontally so that it moves into the empty space on the grid. It may ‘jump’ over another tile to do so.

3 - Move a Token - move one of your tokens one space into an empty adjacent space.

4 - Rotate a Map Tile - you may rotate any one tile on the board by 90 degrees either clockwise or anti clockwise.

Players get to use three of their tokens each turn. Each token must be placed horizontally or vertically adjacent to one of the players tokens already on the board and nowhere there is already a token. They must be placed on meadow, forests, ruins or volcanos, tokens may never be placed on water, mountains or temple spaces. You may take your Guardian action at any point in your turn. 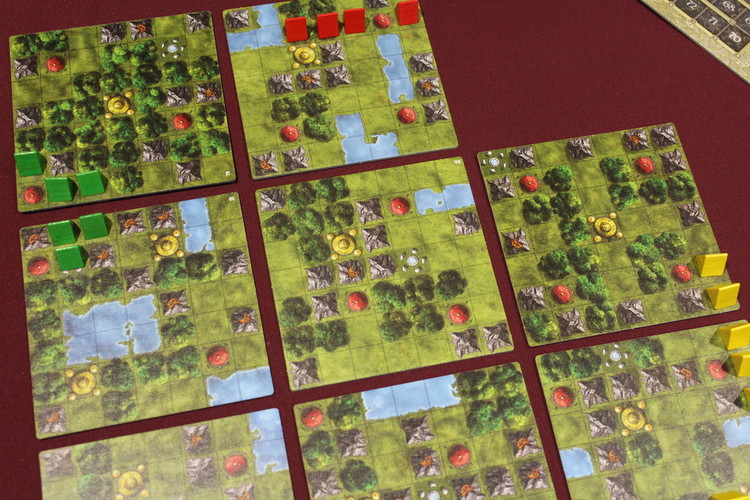 When placing a token on a forest, the player must sacrifice one of their three tokens for that turn, these are placed in the space next to the score track. If you already are in a forest, you do not need to sacrifice another token at any point. To cross a waterway, you must also sacrifice a token in the same way, however you may move through as much connected water as is there.

Any token on a volcano at the end of a players turn is removed and placed into the sacrifice area.

Players may place a token on ruins, though it may then never be moved. When you place on a ruins, you may then immediately perform one of the Guardian actions on the tile those ruins are on. 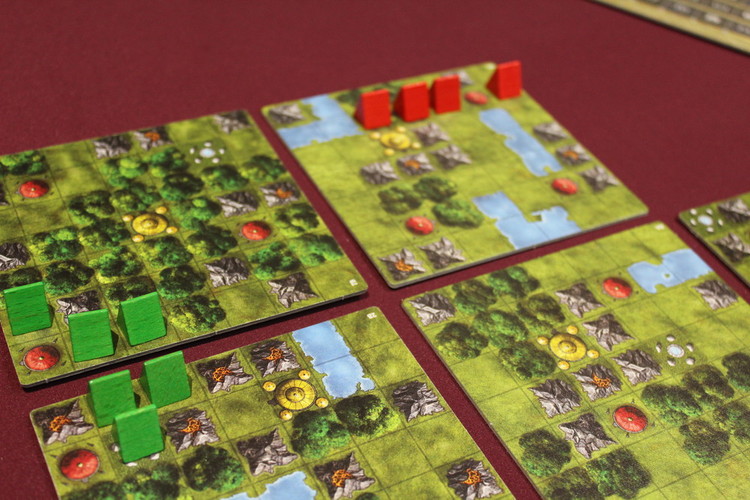 The game ends after eight rounds (you only have enough tokens for those turns) Use the victory track to score according to the following and the player with the most is the winner! 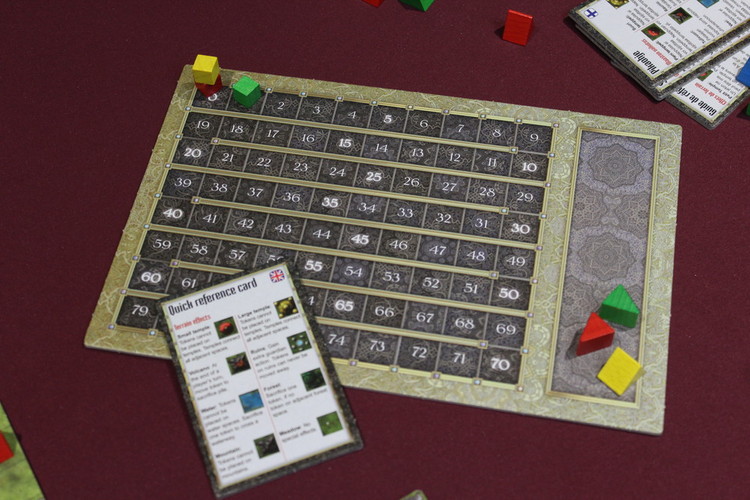 One point for every ruin they are on

There are also bonus points for the number of map tiles on which you have discovered a temple ranging from one point for just the one temple, through to a massive twenty seven points if you discover temples on all eight tiles.

Dokmus is a great, quick game that involves a lot of decision making during the short, eight rounds. The movement of the tiles both through movement and rotation means the game is ever changing. Whatever your plan or focus is can change really quickly after another player has taken their Guardian action and you need to learn to adapt quickly. The dual sided tiles make for numerous map arrangements, either ‘easy’, ‘tough’ or a mixture of both which allow for great replayablilty.

We have recently purchased the expansion which adds more map tiles, an extra Guardian tile and weather conditions, however, we have been too busy introducing the bas game to new players and haven’t yet had a chance to play it!