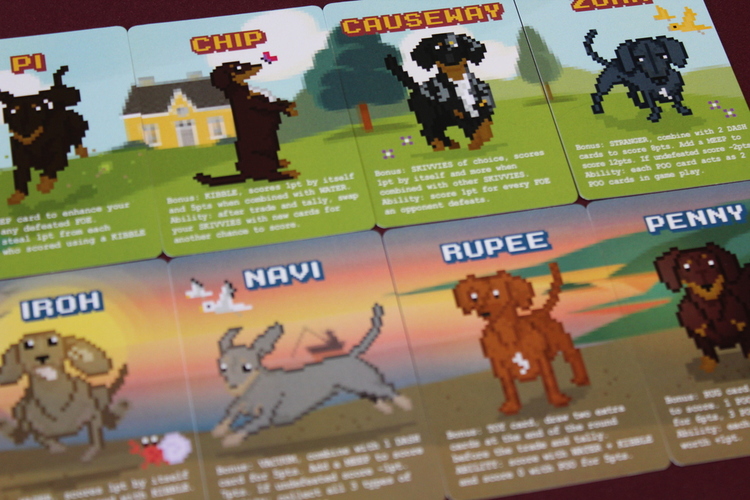 Everyone knows I’m a cat person (the clue’s in the name!) but who could resist digitised dachshunds? Doxie Dash simulates the mayhem of owning one but without the mess!

Doxie Dash is a card drafting game for between 2 and 6 people that takes around 20 minutes to play. 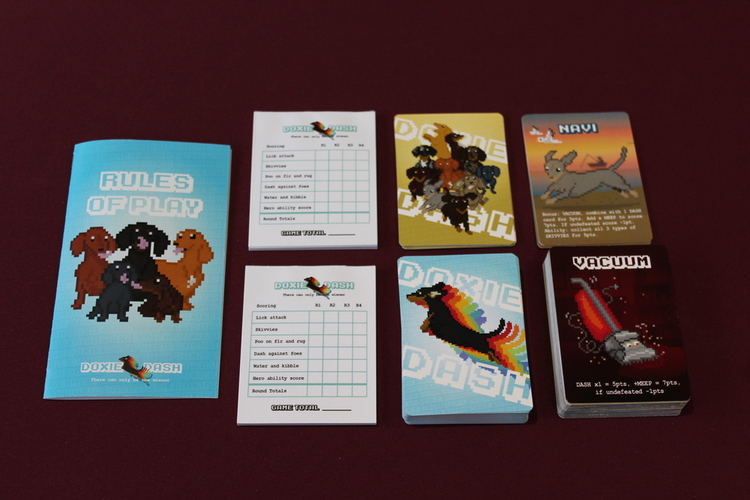 Separate the hero cards from the rest of the deck. Shuffle the cards and draw cards from the deck until a player draws a poo card. This player will get to choose their hero first. They pass the remainder to the left and so on until everyone has one. Each hero has a special item and a special ability so choose wisely! Place them face up on the table in front of you. You will keep your hero for the duration of the game, so any leftovers go back in the box.

Shuffle up the deck and deal eleven cards to all players. Each player chooses a card and when everyone has picked, places it in front of themselves and passes the remainder to the left. Continue to pick and pass until each player has eleven cards in front of them. After all cards have been drafted, players have the opportunity to trade in any undesirable cards. Starting with player one, discard cards you do not want and draw up the same number from the top of the deck.

Then total up your score, not forgetting your hero’ bonus item and ability and mark it on the score pad. The game ends at the end of a round where one or more players reaches a hundred points. 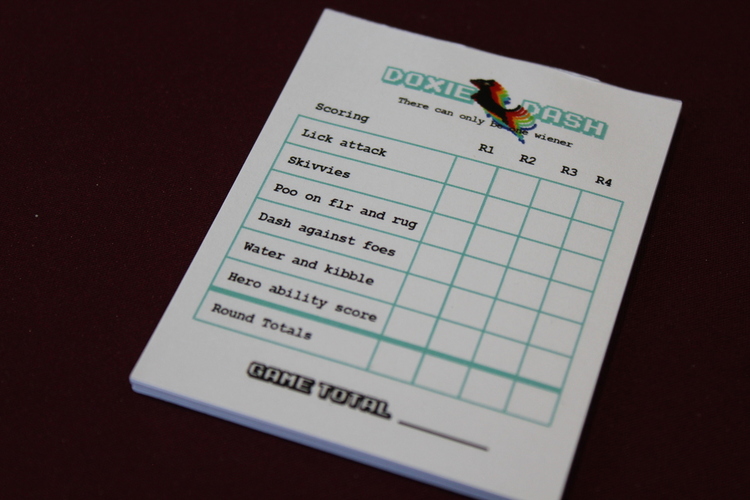 There are loads of combos and sets to collect in Doxie Dash, a lot of which will be painfully familiar to any pet owner! Ever had your skivvies dragged out in front of everyone during that posh dinner party you were hosting? Well here, that’ll get you points! Skivvies come in three types: socks, pants and bra, they will give you 1,5 or 12 points if you get the different types. 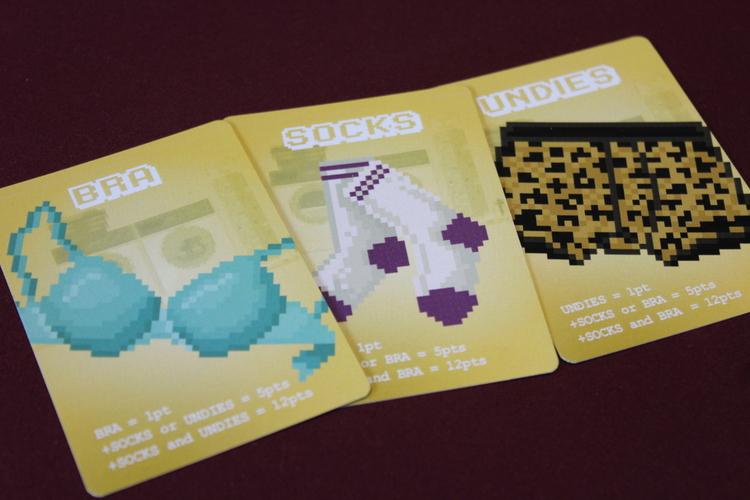 Poop on the floor gets you points, but poop on the rug gets you even more points! 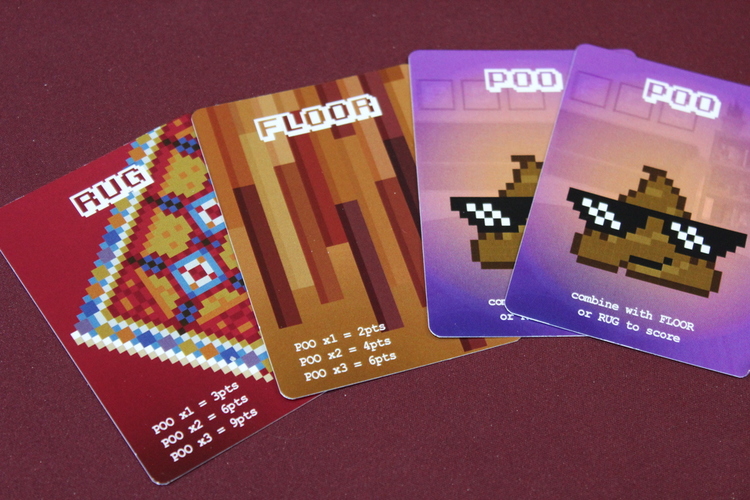 This game is silly, but recognises the eternal struggles that every pet owner deals with! The hero powers keep gameplay constantly changing, meaning while this game is easy enough for anyone to pick up and play, advanced players have enough strategy to keep them equally engaged. There are teams play and tournament play options in the back of the rulebook to keep it even fresher. The 8-bit artwork is obviously, just adorable and there is even a pledge level to get your dog in the game as a hero.