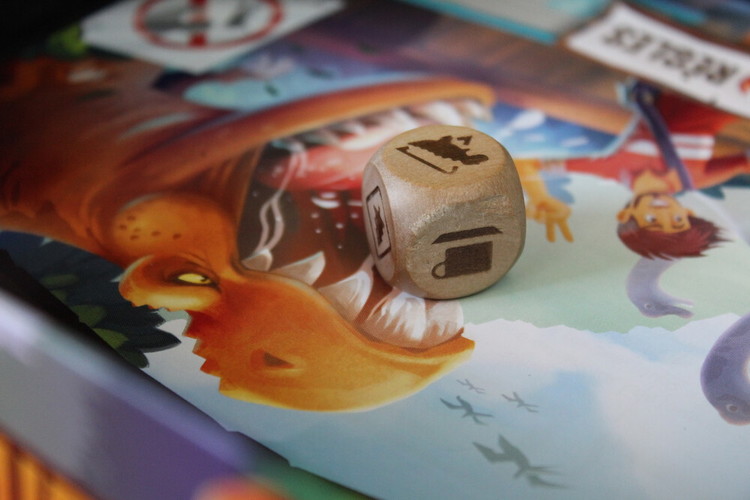 Dinosaurs are big at the moment, I mean, not as big as they were when they were roaming the Earth, but you get my gist, right? In Draftosaurus you will get to draft dinosaurs rather than cards in an attempt to build the best Dinosaur Park out there, scoring points depending on which dinosaurs you place where in your park! 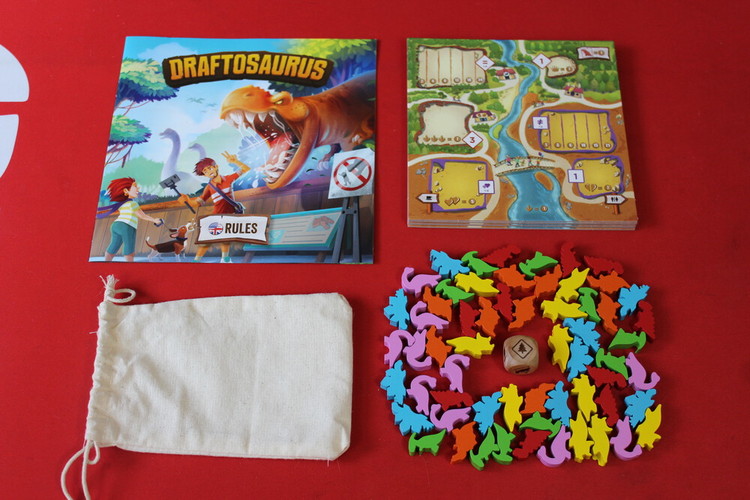 Give each player a player board, for your first few games stick with the Summer side! The Winter side is a slightly more challenging mode.

Give the dice to the youngest player as they will get to roll first. Each player draws six dinosaurs at random from the bag and keeps them hidden from other players (we used some small bowls for this) 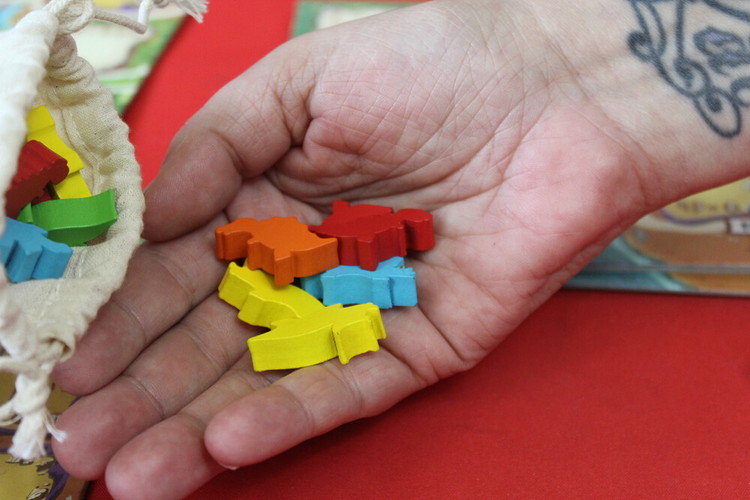 The game is played over two rounds, each round consists of six turns so by the end of the game you will have placed twelve dinosaurs in your park.

The player with the die rolls it. All players choose one of their dinosaurs to place. Once everyone has decided, everyone reveals at the same time. All players except the one who rolled the die must obey the placement rule imposed by it. If they cannot, or do not want to place a dinosaur in a pen they may always place their dinosaur in the river. Once everyone has placed, they pass the remaining dinosaurs onto the player on their left without revealing them. The placement die also passes to the player on the left.

Turns are repeated until each player has six dinosaurs in their park.

The player board is split into different sections, each of which is represented by a side of the die. The green top of a players board is green and represents the woodlands, the bottom half is brown and represents the grasslands. When the die shows the woodland or grassland symbol, the dinosaurs must be placed in the top or bottom of the board respectively. The right-hand side of the board represents the restroom area and the left the food court, both are shown by signs in the bottom corners of the board. Again, if the die shows these symbols you must place your dinosaur in the left or right-hand side of the board respectively. The other two sides of the die are different. They show an Empty Pen meaning the dinosaur must be placed in an empty pen and a T-Rex meaning the dinosaur must be placed in a pen that does not contain a T-Rex. You may still place a T-Rex if this is shown, but not where there already is one. 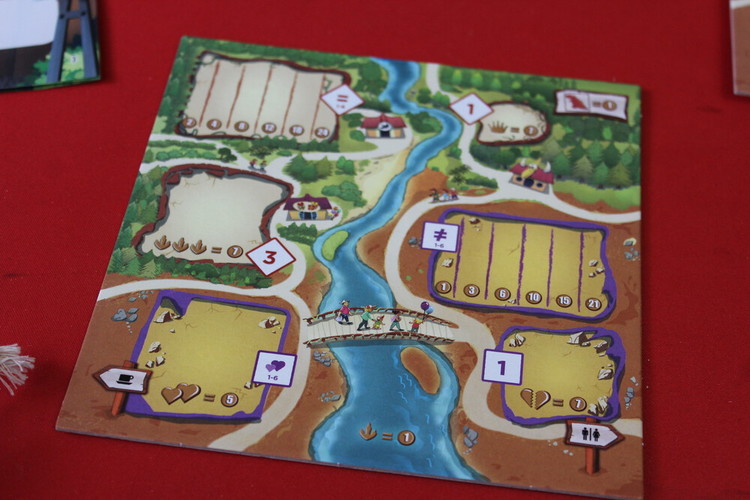 There are six pens on the player board, each has a placement condition and each scores in a different way.

The Forest of Sameness: This pen can only hold dinosaurs of the same type, placed from left to right. At the end of the game, it scores points according to how many dinosaurs are in it, as shown on the board.

The Meadow of Differences: This pen can only hold dinosaurs of different species, again placed left to right. At the end of the game, it scores according to how many dinosaurs are in it, as shown on the board.

The Prairie of Love: Any and all dinosaurs can go in this pen, however, at the end of the game you will get five victory points for each same species dinosaur couple in it. You will also score for multiple couples of the same species.

King of the Jungle: This pen can only hold one dinosaur. At the end of the game it will score you seven points if you have equal or more of this species of dinosaur in your park as any other player.

Solitary Island: This pen can only hold one dinosaur. At the end of the game, it will give you seven victory points if this is the only dinosaur of that species on your player board.

After the second round is finished and all players have twelve dinosaurs on their board, add up the scores as above. Then, add one point for each dinosaur on the river and one point for each pen that contains at least one T-Rex. Add up the totals and the player with the highest score wins! In the case of a tie, the player with the fewest T-Rexes wins. 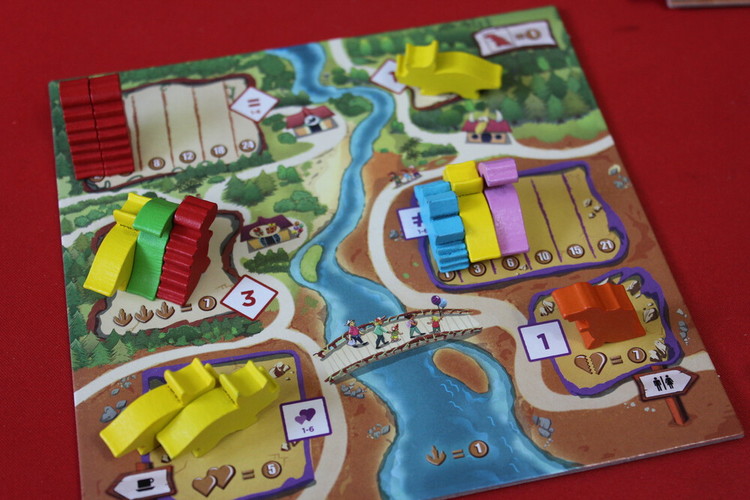 In a two player game, four rounds are played rather than two. Each player takes six dinosaurs as usual at the start of the round but will only place three. Players take it in turns rolling the dice and the placement condition only applies to the other player. Players then choose one dinosaur to place in their park, then choose one to discard back in the box, then pass the remaining to the other player. All end game points are scored as per the standard game.

When you have mastered the Summer side of the board, you can flip it over and play the Winter side for something a little more challenging!

Draftosaurus adds a neat twist on drafting games and the chunky, wooden dinosaurs are adorable for children and adults alike. Some of the placement options can get pretty tricky as you obviously have no idea what’s going to come up in subsequent rounds. If you place a red dinosaur in the Solitary Grounds and loads come up in the next round, it can be tough or you place a red dinosaur in the Forest of Sameness and none come up!

This is a great little game that brings interesting choices for all.