Posted on December 01, 2017 by Katrina Demeanour 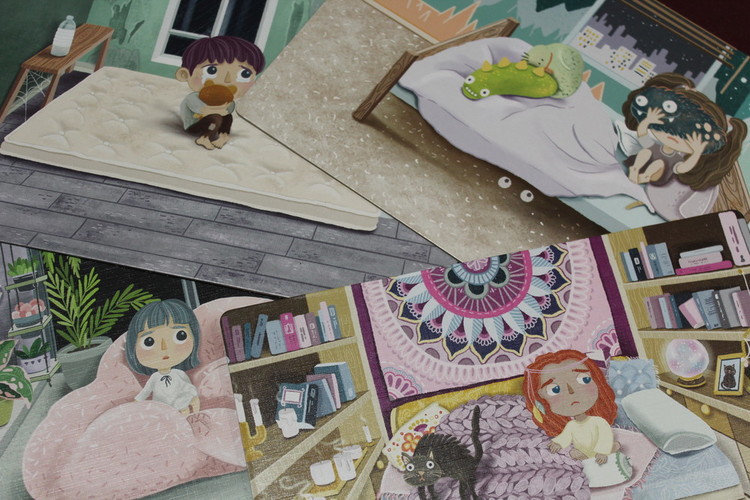 Dream Catchers, simply put, has some of the cutest art and theme I have ever seen in a game! It is a cooperative game where players visit sleeping children and have to work together to collect sweet dreams and remove nightmares to help them sleep tight. 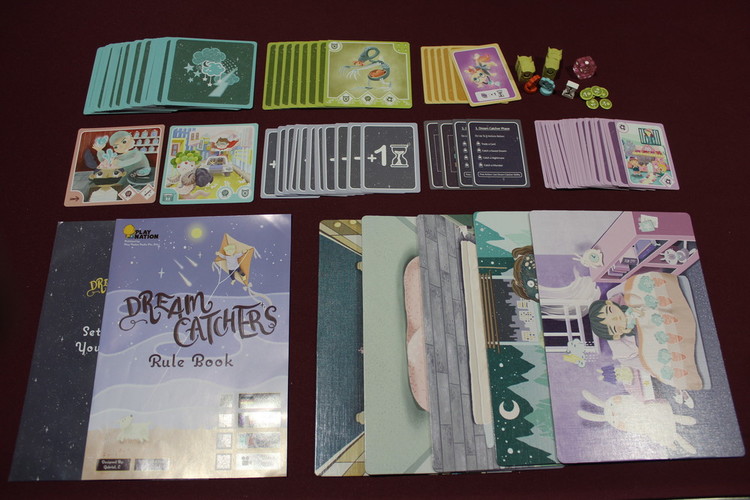 To win the game, players must catch enough sweet dreams to put the child into a blissful sleep before the night is over, the group wins when the sweet dream counter reaches the end of the sweet dream scoring track. However, the game is lost if:

Shuffle the power and treasure decks and place them face down next to the play area. Each player chooses/randomly draws a Dream Catcher card and draws four power cards. Put all five cards face up, in front of you. Take a turn reference card each. Place a bedroom tile face up in the centre of the play space. Put the monster counters on the indicated spaces on the time track at the top and the time marker on the far right of that track. Place the sweet dream and nightmare tokens on the appropriate space of their tracks (they are marked 2,3 and 4 depending on the number of players) Shuffle the monster deck and place it next to the bedroom tile. Shuffle the dreams deck and use the top nine cards to form a three by three grid of cards above the bedroom tile (known as the Dreamscape), place the rest of the deck the other side of the bedroom tile. You are now ready to play. 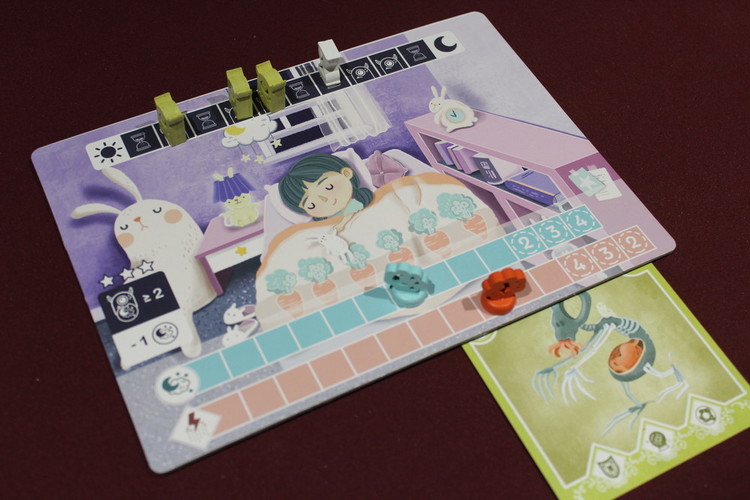 Each player gets two actions a turn, then after everyone has had their turn, play moves onto the night phase. You may also use appropriate character actions during any phase, these do not count towards your two actions a turn. During your turn you may:

Trade a Card - Simply put, you can swap cards with other players

Catch a Sweet Dream - Match cards in your hand with symbols at the bottom of the sweet dream card, discard those cards from your hand, remove the dream from the Dreamscape and move the sweet dream marker one space to the left. Some of these cards have a treasure chest icon on the bottom left, if you remove one of these cards, draw a card from the treasure chest deck and take the bonus immediately.

Catch a Nightmare - Again, match the symbols on the card, but this time you get to remove a nightmare from the Dreamscape. The nightmare score does not change when you catch a nightmare. 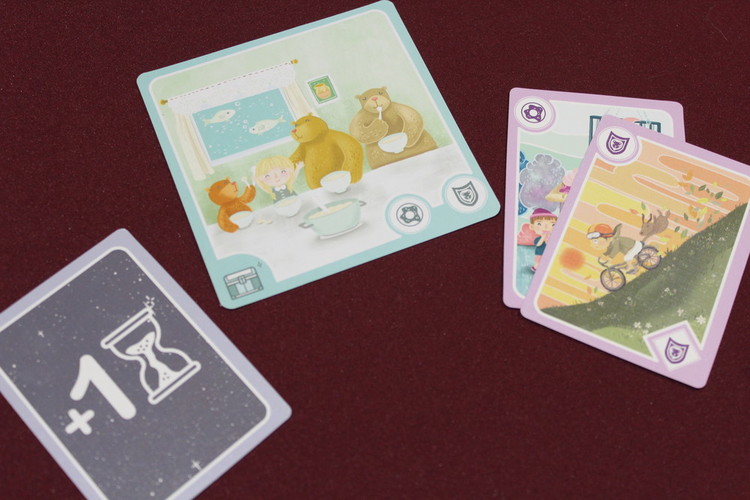 After everyone has taken their actions, move onto the night phase. Start with every player drawing back up to four cards in hand. The first thing to happen is time passing, move the time counter one square to the left, if the counter lands on a spot with a monster counter, then a monster attacks! Draw a monster card and place it under the bedroom tile. Beware though, monsters eat sweet dreams! On the top left of the monster card will be a symbol, any sweet dreams in the Dreamscape with this symbol on are immediately removed. 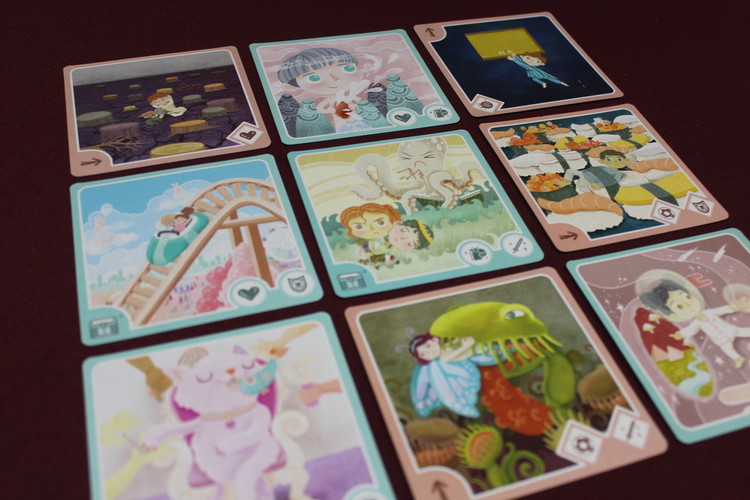 As long as the game is not lost, you can then move onto the next round. Begin by re-filling the Dreamscape. One dream deck card at a time is drawn and placed onto the Dreamscape, resolve each card before moving onto the next one. Refill from the top left hand corner, filling the row before moving down to the second row. If a sweet dream card is spawned, nothing happens and the team is safe, place it down and continue refilling. If it is a nightmare card, it attacks! Check adjacent nightmare cards for any symbols that match. If there are none, the card moves one space in the direction indicated on the bottom left. It will then check again for a match with adjacent cards.

If a match is found, discard the active card and each matching nightmare card around it, move the nightmare counter one space to the left for each card discarded in this way. If the game is not lost carry on refilling the Dreamscape, one card at a time. Continue until it is filled and begin the next round.

Dream Catchers is a delight to play due to it’s amazing artwork and the wooden pieces are also beautiful and cut to a really high quality. While the component quality is super high, some of the grammar and spelling in the rule book let it down a bit (though the illustrations are super helpful) Our first play, with the recommended bedroom tile felt far too easy for a group of adult players, but would be perfect if there were children playing. However, there are different bedroom tiles with varying degrees of difficulty which made it more challenging for sure!