Posted on September 04, 2019 by Katrina Demeanour 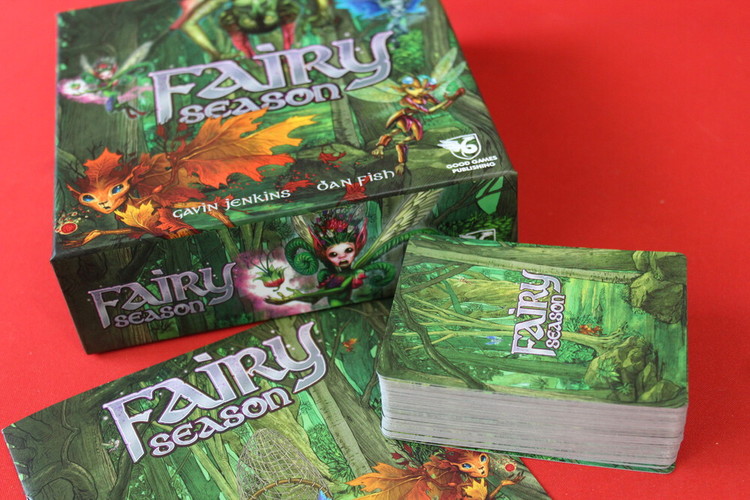 We love a good trick taker, even if Rob denies having ever played one every time we sit down to play one! As with most trick-taking games, Fairy Season could be played with a standard deck of cards but then you’d be missing out on the gorgeous artwork and engaging theme.

Shuffle all the cards together to form a single deck. Deal out five cards to each player and place the remaining in the middle as a draw deck.

Over the course of the game, players will try to win ‘swarms’ ie the stack of cards in the middle. If they win a swarm, they can stash it which will earn them points at the end of the game. 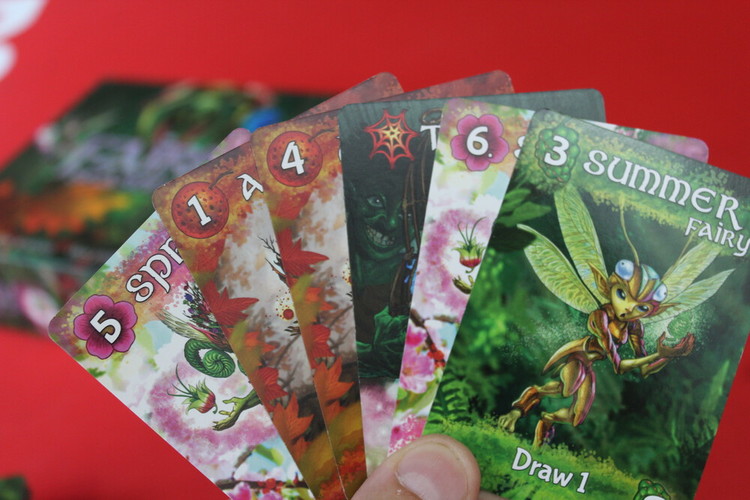 Players take turns placing cards onto the swarm in an escalating sequence of numbers and/or seasons. They may also play traps, goblins and Royal Fairies. When you play a card, use its ability. Some will let you draw cards, stash cards or even both abilities. Goblins have their own special abilities and can be used at any time, traps let you attempt to capture the swarm and Royal Fairies let you break traps. After placing a card, play continues with the player to the left. If the next player cannot follow your play, they flunk. Play then continues and if the next player cannot play a Royal Fairy, well done, you have won the swarm! Place all cards from the swarm into your stash, face up and don’t change the order! 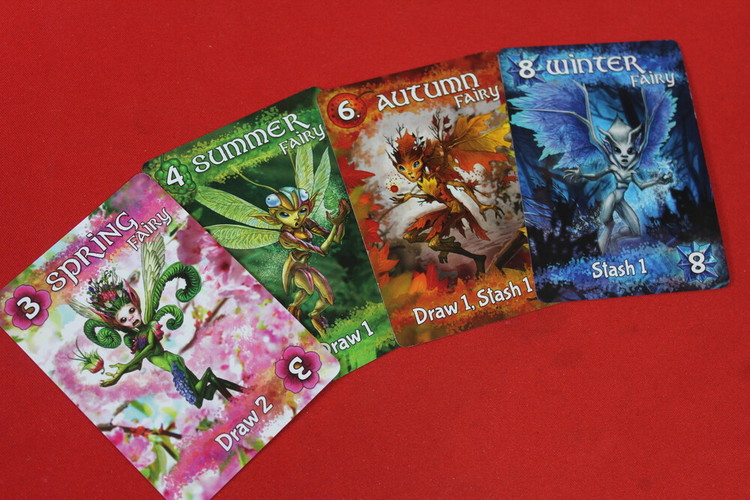 After a swarm has been won, all players draw cards until they have five cards in hand. If you have five or more cards in hand, don’t draw up but you don’t need to discard down either. Play then continues with the player who flunked placing the first card down.

Each of the card types must be played according to the Rules of the Hunt. Fairies are played in an escalating number along the four seasons. The first fairy can be anything a player wishes, after that any fairy played must be the same or higher number of the same season or any number fairy from the next season. The seasons go in order Spring - Summer - Autumn - Winter, you cannot skip a season ie play an Autumn card after a Spring card and Winter does not loop back to Spring ie. Winter 8 is the highest card available. If the number of a fairy you play matches the previous fairy on the swarm you get a bonus, you may either draw a card from the deck or stash a card alongside any bonuses that the card you played gives you. This, therefore, applies if you play an exact matching card ie a Summer 4 on top of a Summer 4 or if you play the next season ie an Autumn 4 on top of a Summer 4. All season fairies allow you to either draw card(s) from the deck or stash a card onto your points pile. 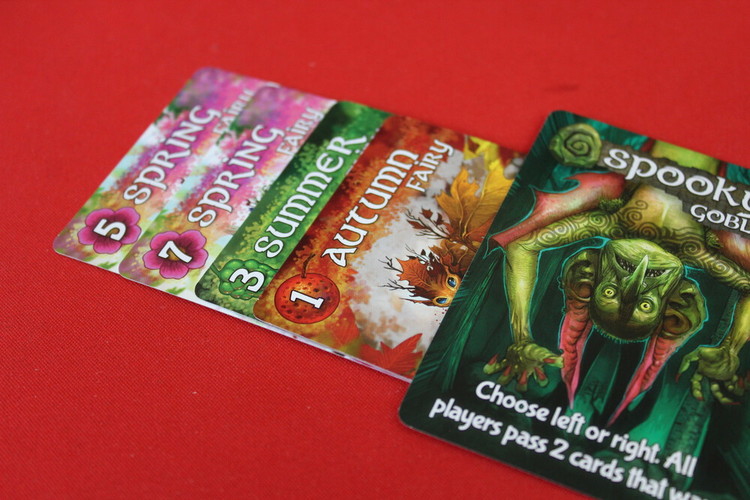 Goblin cards can be played on the top of the swarm at any time, except on top of a trap or royal Fairy. They may be played even if you are unable to use their ability. Play them sideways so all players can still keep track of which fairy is underneath.

Traps are played to try and capture the swarm. The only cards that may be played on top of a trap card is another trap card or a Royal Fairy card. Traps may be played on top of any card except a Royal Fairy. Again, play them sideways. If the next player flunks and the following player cannot play, the swarm is won and placed into the stack of the player who played the trap. 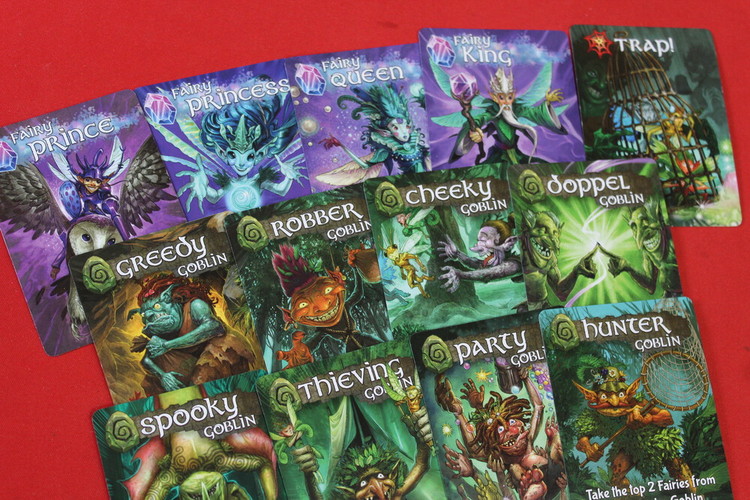 Fairy Season is a pretty typical trick-taking game, however, the gorgeous artwork and whimsical nature of the game keeps it fresh and original. It’s the sort of game you get out and end up playing a few games of rather than just the one you were planning!