Posted on February 25, 2016 by Katrina Demeanour 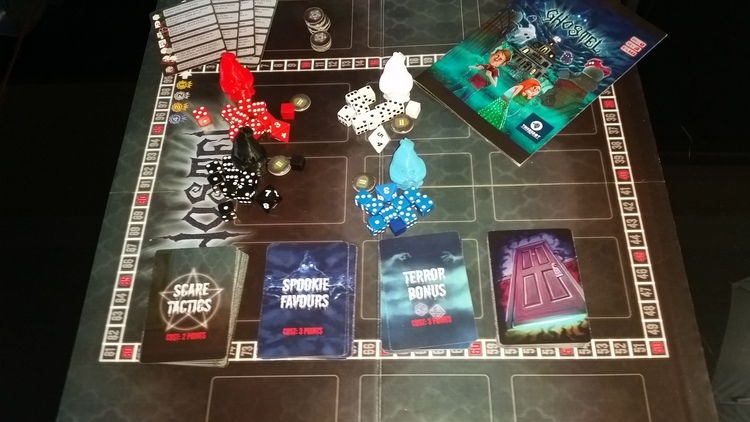 Poor Spookie, his haunted house is over run with pests of the worst kind, the living! As one of his minions he is trusting you to get rid of them by scaring them out of their rooms. Ghostel is a dice placement game just funded on KickStarter so all photos are of a prototype copy rather than the finished product.

The final product will come with: 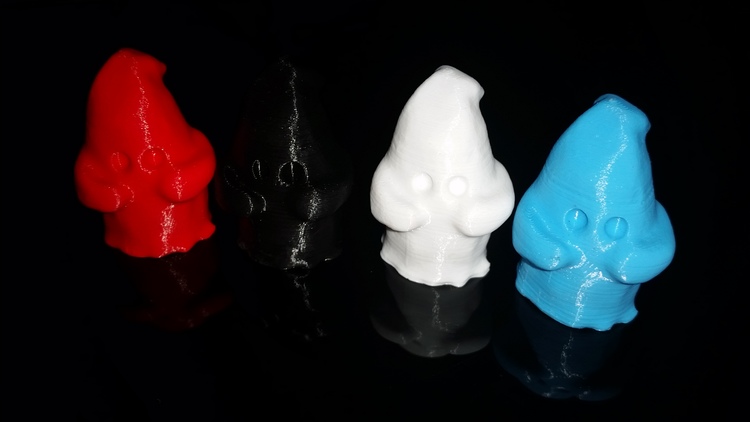 The guest cards are shuffled and the first nine placed on the rooms marked on the board. Each player starts with their ghost marker, score marker, the dice in their colour, one scare tactics card and one spookie favour card. Everyone rolls three of their six sided dice and turn order is determined with the highest total going first and the lowest last. These are the dice you will use for the first day. Each guest has a number on the bottom right of the card, this is the total dice pips you will need to scare the guest off. On the bottom left are the points players will gain for successfully scaring them out of their rooms, with points for first, second and third place shown. 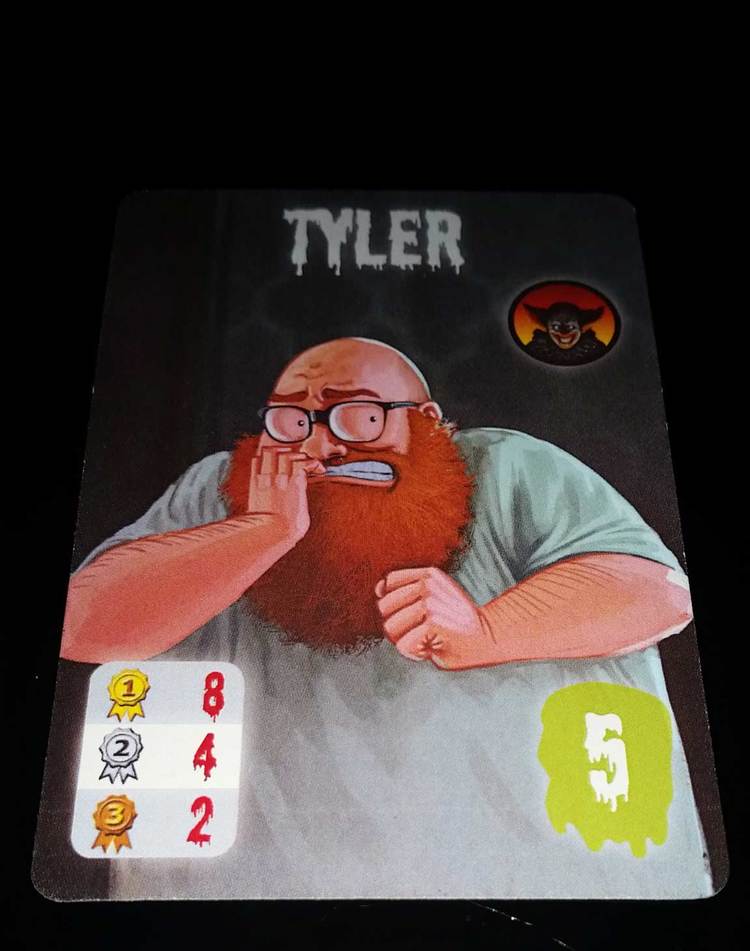 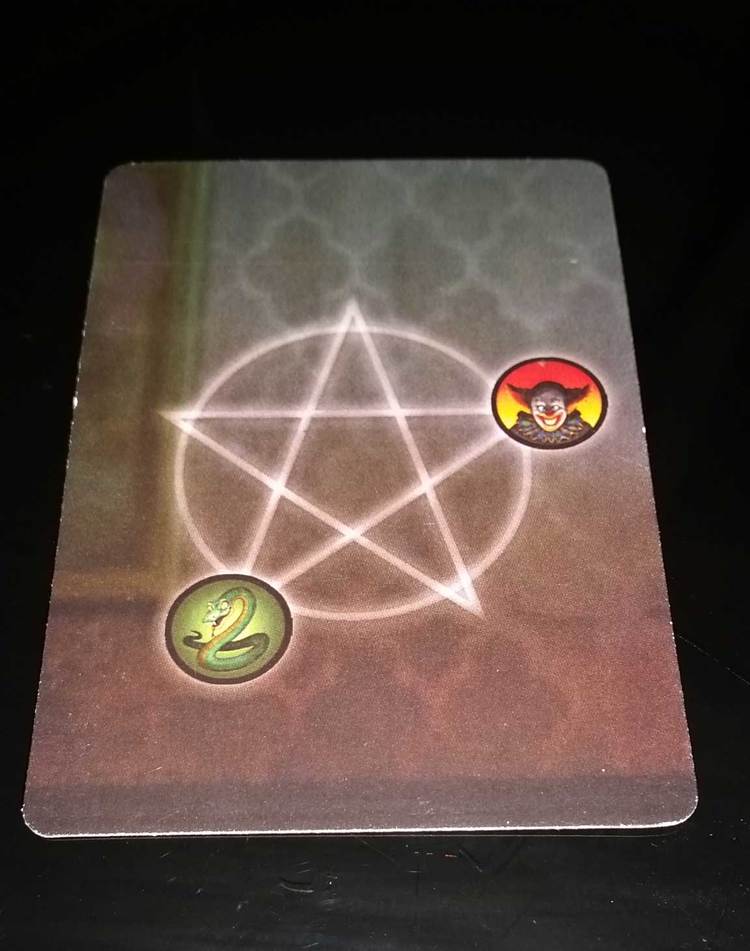 The first player places one of their dice and their ghost marker on a guest of their choice, then each player takes a turn, going back to the first player who can then move their ghost one space horizontally or vertically and place a die on the next guest. Play continues until everyone has placed all three of their dice. Some guests have special abilities on the top left of the cards (there is a handy little cheat sheet for these) and some have phobias on the top right. These relate to your scare tactics cards. Each card shows two different phobias on it, during your turn you can play one of these that matches the guests phobia and place a phobia token under your dice to double the score of it. 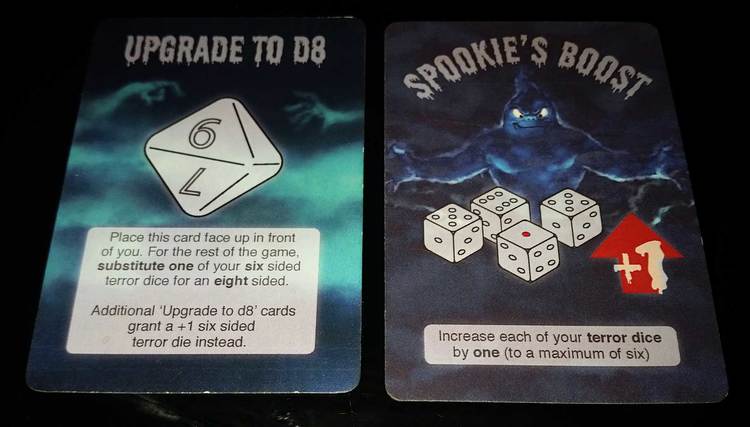 At the end of the night phase, all ghosts retire to the attic of the hotel and the scores are totalled. If the total number of pips on a guest equals or exceeds it the guest is scared out of the room and the players score. First place scores the highest points, second the second highest and anyone else with a die on the card receives the third place points. Any guests not successfully scared remain on the board but have a chance to 'calm down' so all dice on them are turned down by one.

The day phase then begins, each player, starting with the player in the lead then gets a chance to buy cards (these cost points to buy) Scare tactics and Spookie favours cost two points to buy and terror dice cards cost three. Spookie favour cards give you special, rule breaking abilities, like allowing you to move in all directions and terror dice cards let you upgrade to your D8 or add more dice to your pool (although you only ever get three actions, this lets you choose your best numbers to use). The day phase is then over and night begins again with everyone rolling their die. Play ends when the hotel cannot be restocked with guests and the player with the most points is declared the winner.

Ghostel is charming and thematic with great artwork. It is simple to teach and play with some surprisingly strategic planning needed, sometimes you will need help with a guest so it's not worth going all out, sometimes it's worth popping a sneaky die on a guest to grab a few extra points. It makes for a great family game or a filler for adult gamers who will spot the Ghostbusters references and have a lot of laughs with it.

UPDATE: The Ghost Expansion is now available on Kickstarter