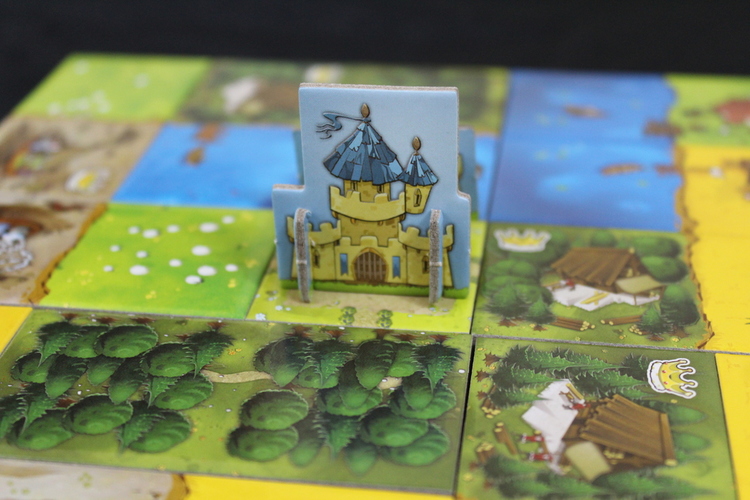 Unless you’ve been gaming under a rock, you will have heard of the ‘Spiel des Jahres’ award. This is a German award that translates as ‘Game of the Year’. First awarded in 1979 with the purpose of awarding excellence in game design. This year, Kingdomino was a big winner in a small box! 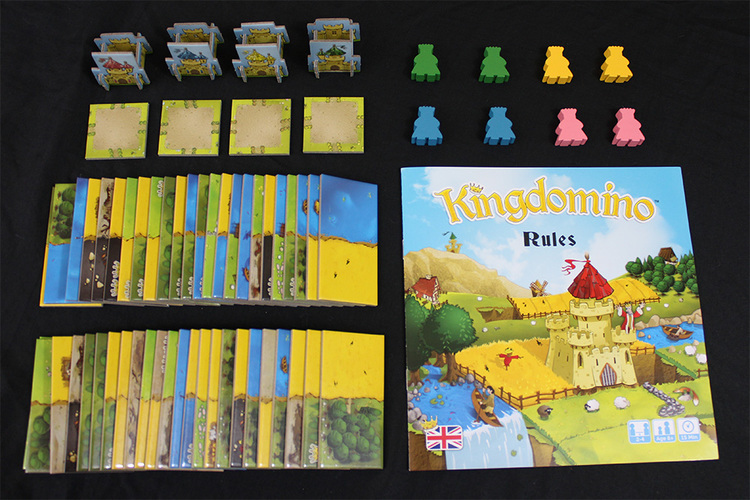 The aim of the game is to get the most points in a 5 x 5 grid. Points are gained by matching terrains with crowns on. Place your castle on your start tile and take the matching colour king token. Shuffle up the dominoes and place them in the box with the numbers facing out and you are ready to go! Pull out a number of dominoes equal to the number of players and line them up in number order (the numbers are on the back) with the lowest number next to the box.

Choose a start player randomly and that player chooses a tile they want and places their king on it, each player chooses in this way. Then remove another row of dominoes. The player who chose the lowest numbered tile goes first. They perform the following actions:

Firstly, add the domino they choose to their territory following these rules - your territory must be in a 5x5 grid. Each domino must either connect it to their starting domino or to another domino, matching at least one terrain type. If it doesn’t fit or match then it must be discarded.

Then choose a new domino by again placing the king on it. A new row of dominoes are added and play continues as above, when the last dominoes are lined up the players will take one last turn each. In theory, you will have a nice 5x5 grid in front of you (unless you have been forced to discard) 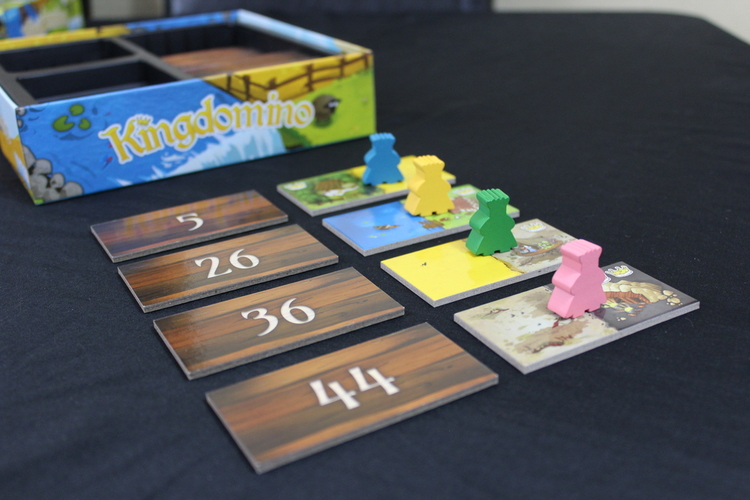 A kingdom is made up of different areas, squares with the same type of terrain that are connected vertically or horizontally. Areas containing no crowns will score you no points. Count the number of connected squares and multiply that number by the number of crowns in that area.

Add up the scores for each of your areas and the player with the highest score is the winner! There are also additional rules that give you extra points for having a perfect 5x5 kingdom and/or for ending the game with your castle in the centre of your kingdom. Our example here would score as follows:

This is a total of 29 points. If you are playing addition rules. Let's play additional rules :) You would get 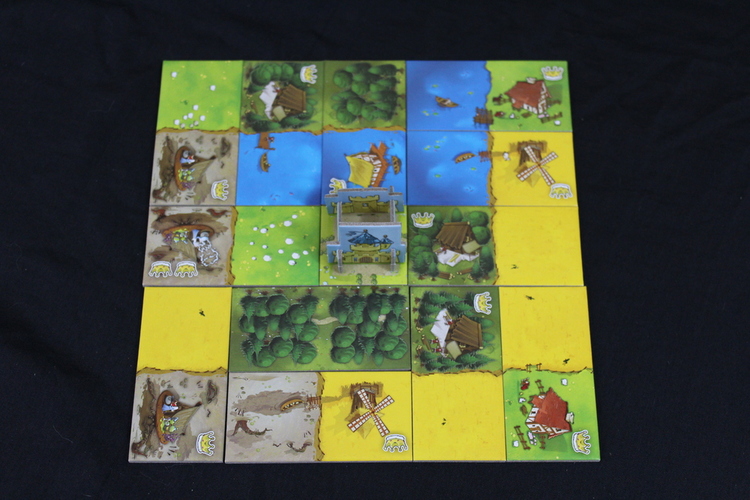 I played a quick game of this at UK Games Expo in May, and while I enjoyed it, I made the decision that I really didn’t need to buy another filler game. However, as I started seeing the pictures of it crop up on Facebook and Instagram I had an itch to play again so ended

up grabbing a copy. The dominoes themselves are nice, sturdy cardboard with a lovely gloss finish that means just handling them is a delight! The game itself plays quick enough that we usually end up playing a few rounds when it’s out as a warm up or to end an evening off. While the ideas behind the game are fairly simple some of your placements will be tricky! Also, do you take a domino to stop someone else scoring big or take something that might help you later game?

This is a nice, quick game that will appeal to gamers and non gamers, adults and children alike and the duration means it never out stays its welcome. Component quality is nice, along with an insert that functions for game play too. A nice little game with a great price point, well worth picking up!

Win a Copy of Kingdomino by Blue Orange