Posted on November 03, 2017 by Katrina Demeanour 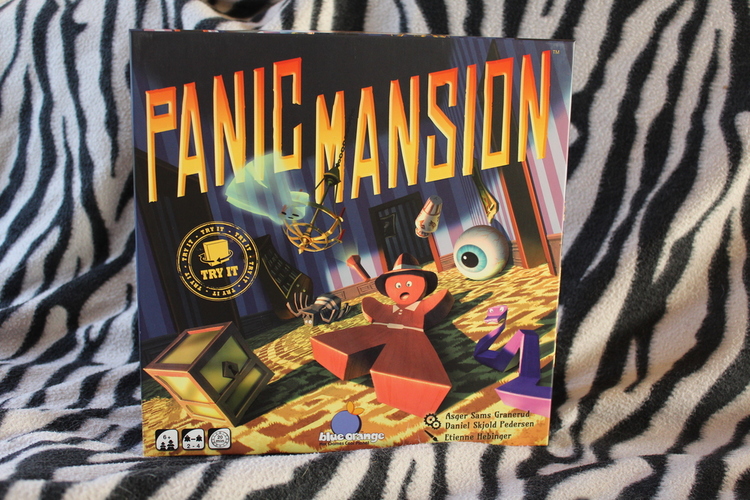 The house on the hill has a reputation for being haunted, people see strange things through the window and the house can be seen shaking and tilting late at night. Will you be able to break the curse and flee the mansion?

Be the first to complete five challenges by gently tilting and shaking your box to place the correct items into the correct room, following the information on the card. Whoever does this first flees the mansion and is declared the winner! 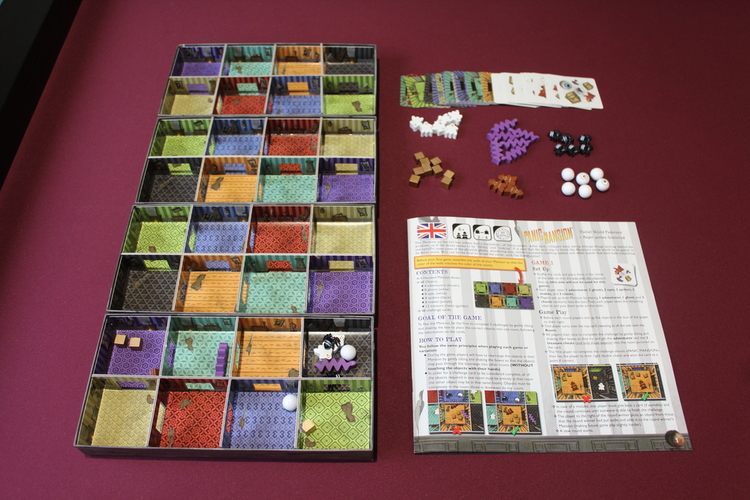 There are a few different ways to play this game, but they all start out the same.

Each player takes 1 adventurer, 2 ghosts, 2 eyeballs, 2 spiders, 2 snakes and 3 treasure chests and puts them in a mansion. Mix them up and pass the box to the player on your right.

Shuffle up the challenge cards. 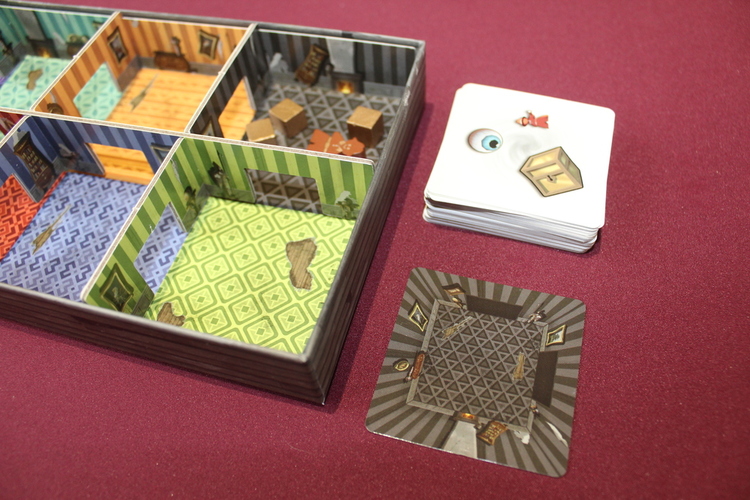 Each player puts 1 adventurer, 1 ghost and 3 treasure chests in their box and mixes them up. Shuffle the cards and place them in the centre of the table with the object side face up. One player turns over the top card, to reveal the room on the back. All players then race to get the adventurer and the three treasure chests (and only those items) into the room shown on the card. You do this by gently tilting and shaking your box. The first person to complete the challenge shouts 'Panic Mansion'. Another player checks that the challenge is correct and if so, that player wins the card as a point.

In case of a mistake, that player must give back a points card if they have one and the player to the right adds one of the objects initially put aside, making it harder for future rounds. A new round then begins with someone turning over the top card. 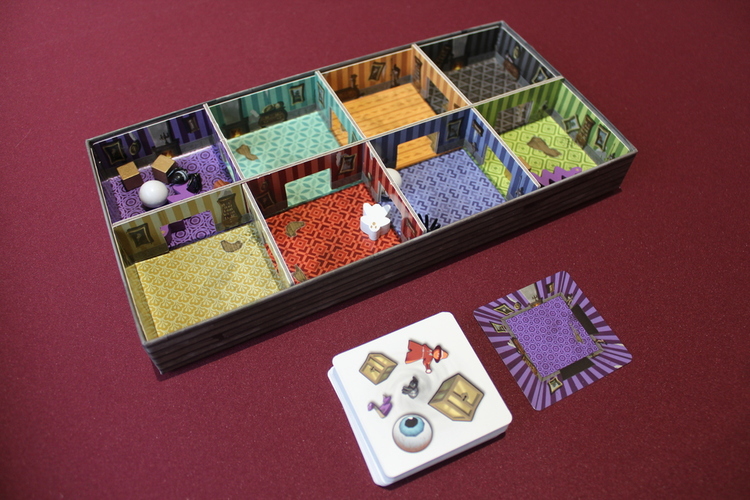 Each player puts all of their objects into their mansion and mixes them up. Shuffle the cards and place them with the room side face up.

One player turns over the top card revealing the side with objects and places it next to the pile so there is a room and an object card showing. Players use both visible cards and must race to get the objects shown in the room shown. No other object may be in that room for the challenge to be completed. Again, the first player must shout 'Panic Mansion when completing the task and have it checked by another player. They win the card as a point if correct.

In case of a mistake, that player must give back a point card if they have one, and the round continues until someone completes the challenge. 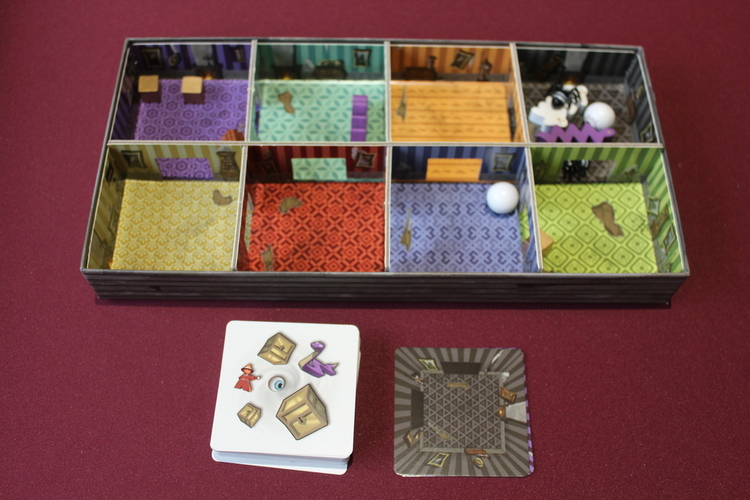 This is set up the same way as variant 2, but instead of placing the objects shown on the card, you need to place the objects missing from the card in that room.

The first player to reach five points/cards is the winner and flees the mansion, leaving the other players to a fate worse than death *bwahahaha*

This is a very, silly, fun game requiring a lot of patience and a steady hand. Great fun for kids but just as much fun for adults (especially after a few drinks!) The components are lovely, and who could resist a game with cute purple snakes?