Posted on October 06, 2017 by Katrina Demeanour 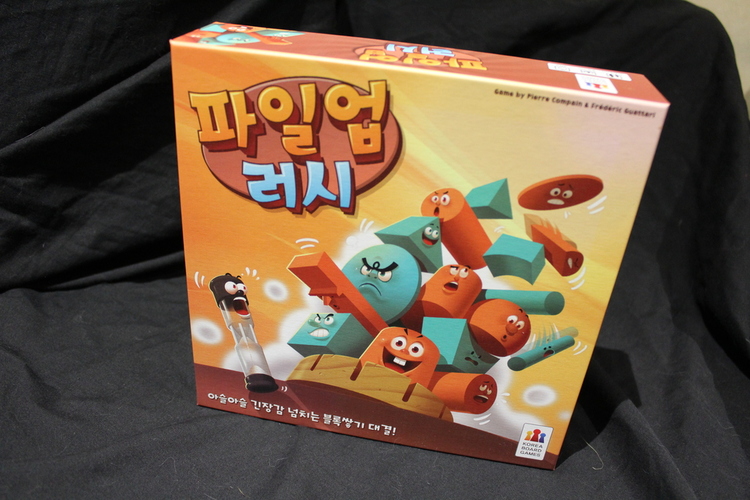 This is a dexterity game for two teams containing some of the strangest shaped pieces I’ve ever seen! Pile up all your pieces to win, but be careful not to let the timer run out or the tower to fall. 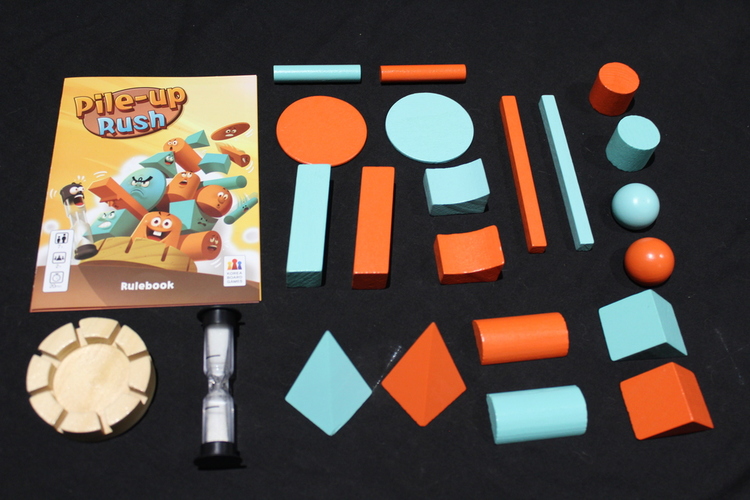 The Starting ring has two sides, a smooth side for beginners or a ridged side for those that want a tougher challenge. Choose which side you want and place it in the middle of the table. The starting team turns over the timer and begins, on the first turn they can place up to three pieces, when they are done the timer is flipped and play passes to the next team. On this initial turn however, you may not flip the timer until the sand has passed the black line.

From there on, teams take it in turns playing as many blocks as they want within the time limit, following the block placement rules: 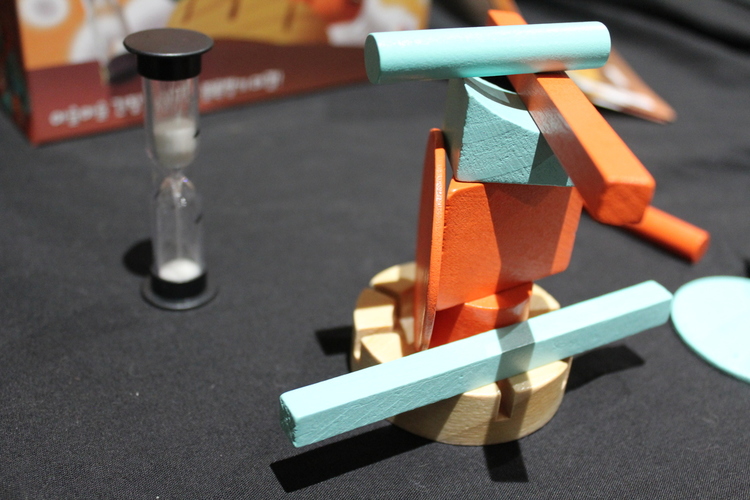 The round ends either if someone knocks a block off, if a teams time runs out or if a team succeeds in placing all of their blocks. If the opposing team knock a block off or run out of time you gain a point, if you succeed in placing all your pieces you gain two points. However, for each point you gain you get to take a block away from the opposing team. This could be a block they really like or one you don’t, these are put to one side and are now nothing more than point markers. The first team to remove four blocks from their opponents wins!

This is a really simple, quick game that we had a surprising amount of fun with. Their are some variant rules given, the one we really like is lining up your opponents blocks and only allowing them to place from either end of the line.

I can see this coming up when we have a lot of people around, non gamers round or just as a fun little end of evening game!