Posted on January 09, 2019 by Katrina Demeanour 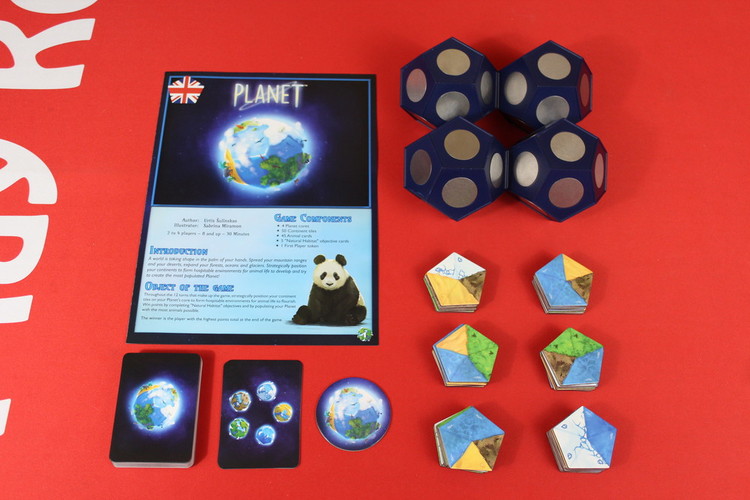 Blue Orange are quickly becoming one of my favourite publishers. Not only are they producing great games, they have community initiatives and eco-friendly practices. With Planet they have also come up with super innovative game play. This takes civ building to a whole new level!

At heart, Planet is a tile laying game, only each player has a twelve-sided magnet board on which they place their tiles, how cool is that?

Give each player an empty planet core and a random, secret objective card. Shuffle up the continent tiles and place them into ten stacks, each containing five tiles. Place these in a line in the middle of the table. Shuffle up the animal cards and draw twenty. Put the rest in the box as they will not be used for the game. Lay out a row of ten animal cards, starting underneath the third stack of tiles and extending two after the tiles. Then lay out seven cards, starting with stack six of the tiles, then finally three cards starting with the tenth stack of tiles. Your final layout should look like this 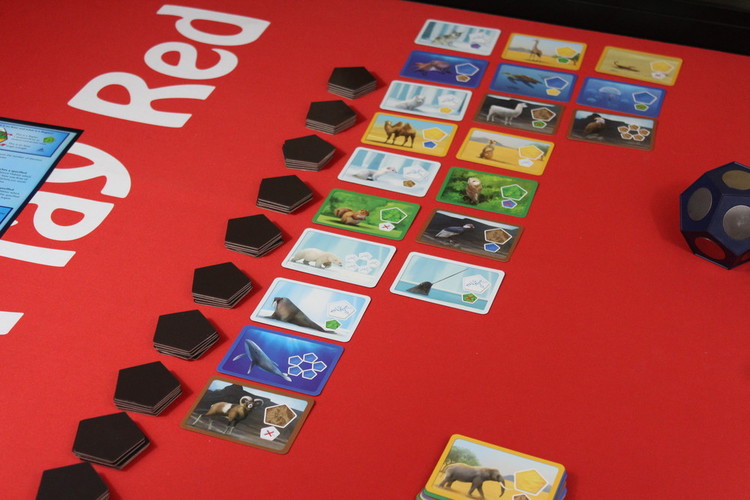 The game is made up of twelve rounds, each round consists of two phases

Adding Continents - Take the pile of continent tiles for the round and place them face up on the table. The first player chooses a tile and places it on their planet core, then go round the table so everyone takes a tile. The remaining tiles go face down on the next empty space on the continents row. Once the eleventh and twelfth spots each have five tiles, any extra are removed from the game.

The Origin of Life - From the third round onwards, the animal cards become available to the player who best meets their requirements. There are three types of requirements you need to get animals on your planet. 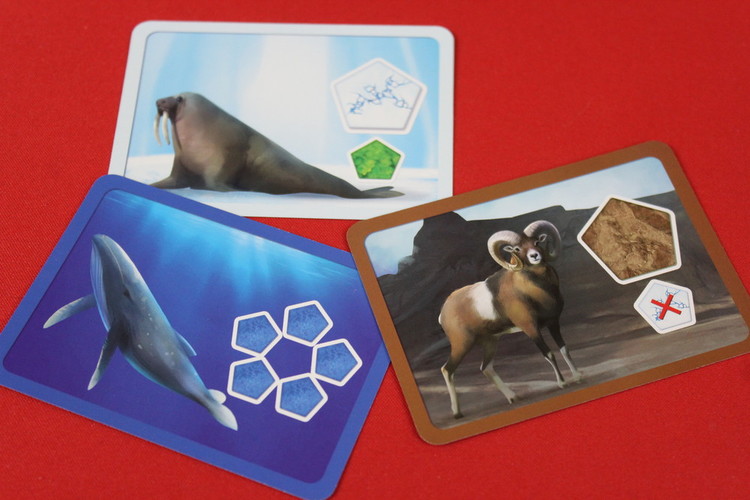 Having the most of one kind of region - Each tile consists of five areas, some of these areas may be the same type of land but you will see five distinct areas. When areas of the same type connect, they form a region.

Having the biggest region of one kind that touches a specified habitat - Count the number of areas in your largest region of that type and ensure it touches the other required habitat.

If players draw, the card does not go to any player and instead is put at the bottom of the column for the next round to be won later. The player who has the most habitable planet for the animal takes the card and places it in front of them for end game scoring.

At the end of the round, the start player token moves to the left and the next round begins by revealing the tiles.

The game ends after the twelfth round, at which point all players planets should be fully covered. 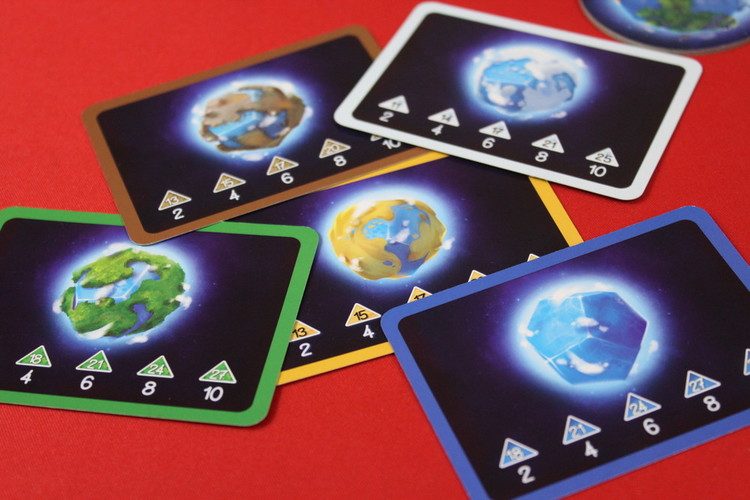 While there are many good and similar tile laying games out there, Planet does it in a new a truly unique way. No other game gives you a 12 sided board to play on! The globe isn't necessarily a gimmick the tile placement is innovative and plays nicely with the theme. This modern take on tile laying has a strong table presence and a real fun element especially when you add in trying to attract animals to your habitat. I watched a table of players passing the tiles around and telling animal facts and that is an element I felt could have been added to enrich the theme. It's nice to see Blue Orange continue with their environmental themes after Photosynthesis and they are making their own environmental impact by planting two trees for each one used in the construction of their wooden games.