Posted on December 08, 2017 by Katrina Demeanour 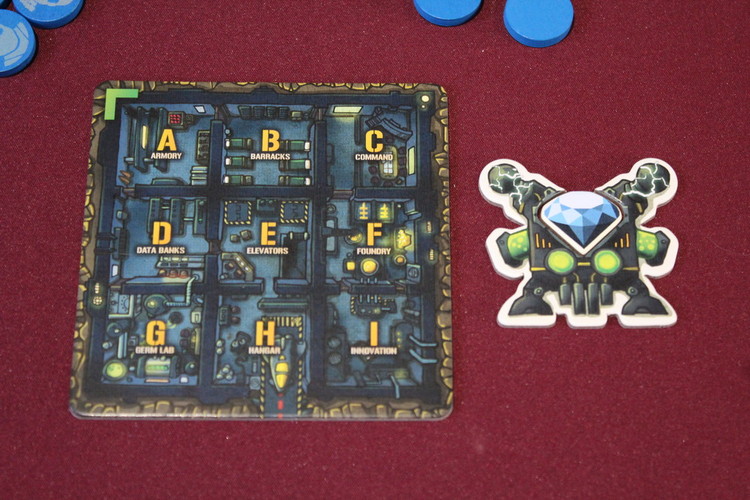 I really want to say Pocket Ops is tic tac toe on steroids, but I don’t want to put you off! It’s a great little game that’s easy to play because you already know the basics. In this little box you get: 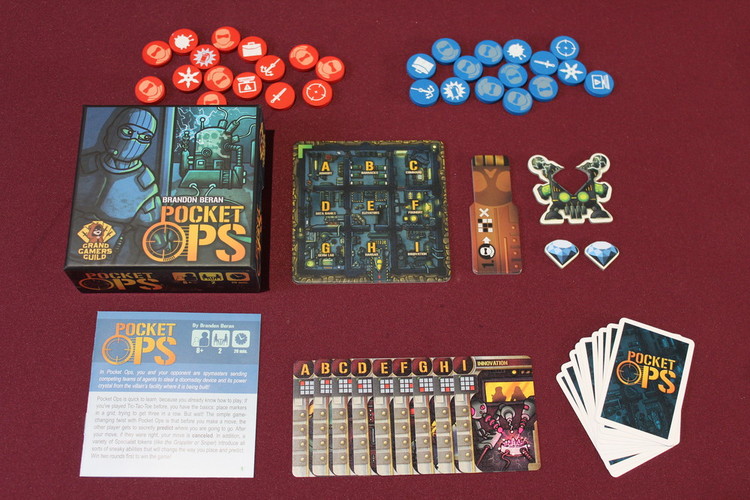 Place the board in the middle of the table with the power crystal and doomsday device nearby. Each player takes all tokens and cards of their chosen colour.

At the start of every round, both players randomise all their specialists face down, then draw two. They then get to pick one to be active for the round. Note that at the end of each round, the specialist you choose will be removed from the game, even if you didn’t use them, so choose carefully!

Players will take turns being the ‘placer’ or the ‘predictor’ Randomly give one player the keycard, they will be the placer for the first turn. Each turn, the predictor will try to predict where the placer will place a unit (spy or specialist) by choosing the appropriate card and placing it face down on the table. Then the placer will place a spy into an empty room or an active specialist according to their special rule. After the placer has made their move, the predictor turns over their card and reveals if they guessed right. If they did, the move was blocked. A blocked spy is placed back into the supply, however, a blocked specialist is removed from the game. If the prediction was incorrect, the placed unit goes into that position and carries out its action if it is a specialist. The players then swap roles, with the predictor becoming the placer and vice versa. Turns continue until one player gets three in a row or a draw happens. 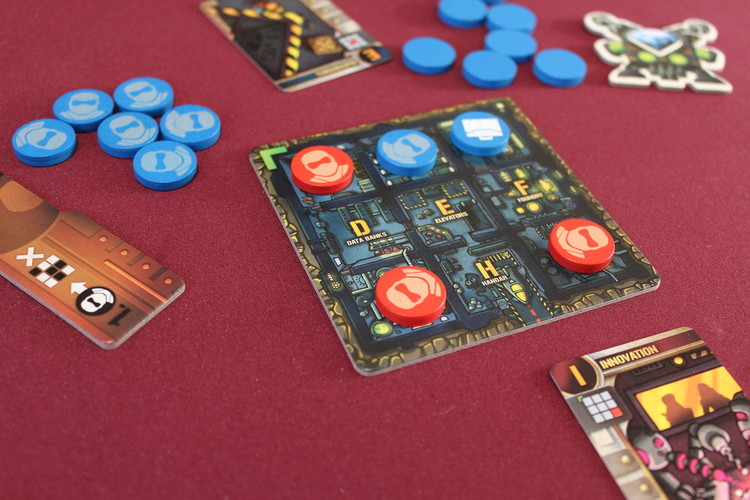 A draw occurs when it becomes clear neither player can win or when both players win at the same time, in this case, the player with the keycard loses the round. The next round begins - the keycard moves to the other player, specialists are chosen again and play continues as before.

Pocket Ops is played as a ‘best of three’ game, the winner of each round gets a power crystal, when you win the second round you get the Doomsday Device and can power it so you win!

The specialists are a total game changer, use them wisely during the course of the game, waste them and it could easily cost you the round!

Sniper - Remove one enemy spy along an orthogonal path from the sniper.

Courier - Place in a room with a friendly spy, then move into an empty orthogonally adjacent room.

Mole - Swap positions of one friendly and one enemy spy that are both in a row with the spy.

Hacker - In your turn as the predictor, you may place two blueprint cards instead of one. This remains active until you successfully block a placement.

Grappler - You may swap the grappler with an enemy spy in an orthogonally adjacent room.

Ninja - You may remove an enemy spy from an adjacent room.

Pusher - Move the pusher into an orthogonally adjacent room containing any spy, pushing that spy into the next room or even off the board!

Assassin - Place into a room containing an enemy spy, remove that spy from the board. 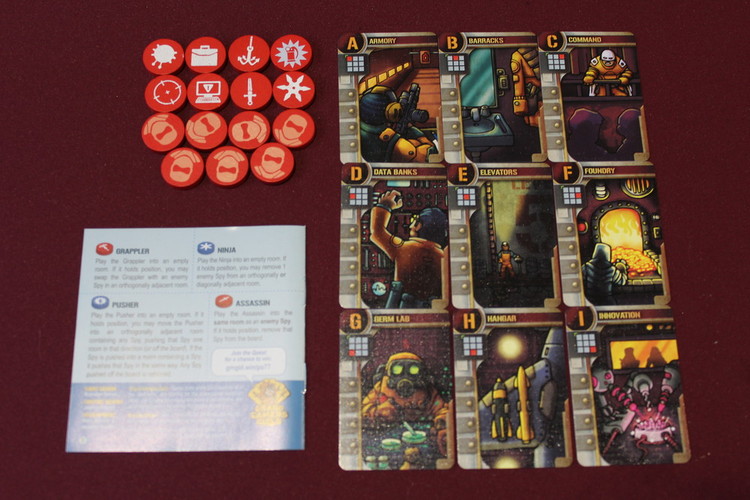 I genuinely wasn’t initially wow’ed with the concept of this game when we sat down to play it, but we honestly had a lot of fun. For us, the game felt more about the bluff/double bluff element than anything else. We all know the sweet starting spot is the middle placement, but is your opponent is just going to block that, do you go elsewhere or do you risk it thinking they know you won’t try it?! The specialists also add a whole new level of depth, on our first round we both played them early, keen to see how they worked and we finished in a draw, I think leaving them adds an element of unknown for your opponent and can score you a killer, winning move at the right time. The artwork is gorgeous - each space on the board is a specific room that starts with the appropriate letter - A is the Armoury, E is the Elevators etc and that is reflected on the players cards with each having a slightly different, but appropriate artwork.

The other great thing is the games footprint, you could easily play this on a plane tray table and the box is small enough to throw in a carry-on bag.

Pocket Ops was originally released as a Kickstarter and stretch goals allowed the cards to be upgraded to a linen finish and the tokens to be silk screen printed, meaning the components are all of a really nice finish. It’s currently available to pre-order through Grand Gamers Guild with delivery expected very soon, so at a bargain 15USD would make a great add-on or Secret Santa gift!