Posted on February 14, 2019 by Katrina Demeanour 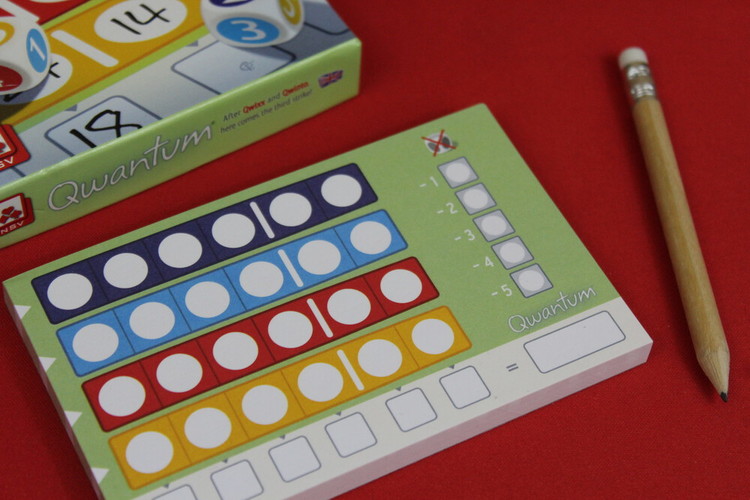 It’s a well-known fact that dice hate me. I don’t hate them, honest (well, maybe that D4 I trod on once, but that doesn’t count surely?)

However, occasionally I like to chuck some dice around with something quick and fun. Qwantum scratches that itch nicely! It doesn’t outstay it’s welcome and everyone can be cursed equally by the dice gods. (plus other people have to deal with my terrible rolls!) 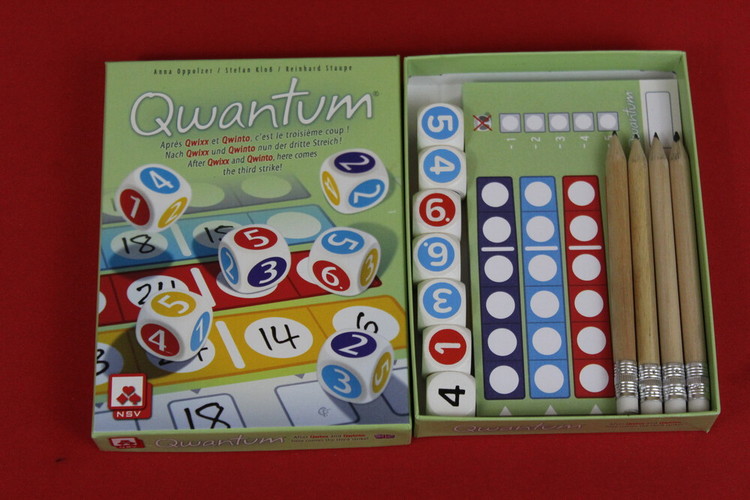 Give each player a scoring sheet and a pencil. Determine a starting player and give them the dice. You’re ready to play!

The aim of the game is to score points by filling in your score pad. Each row indicates a colour that is matched on the dice. Throughout the game, you will fill the row in with numbers you have rolled. Initially, those numbers must go from high to low so the number to the right must always be higher than the previous number. However, when you hit the solid line on the row the numbers must be lower. When a column is completed, you will score it. You do this by marking the second lowest number in the column into the box at the bottom. These added up, will be your final score of the game.

The start player rolls all the dice. If they are not happy with the roll they may re-roll some or all of the dice. After a second roll, they must then stick with what they have. Place the dice with matching colours next to each other and the white just off to one side. Now the player has to select one colour and enter the total into their score sheet. The score on the white ice is added to each of the four colours. This means if a colour isn’t rolled, the white dice represents the score for that colour. The player who rolled then removes the dice they used from the dice pool (except for the white one) and other players may now choose to take one of the other colours. If the active player used the white dice to represent red (if no other red numbers were rolled) then other players may not do the same. If the active player cannot or does not want to take a number, they must cross out one of the ‘mis-throw’ boxes on the right of their scoresheet. These boxes give you negative points at the end of the game - minus one for your first, minus two for your second etc.. up to a maximum of minus five. 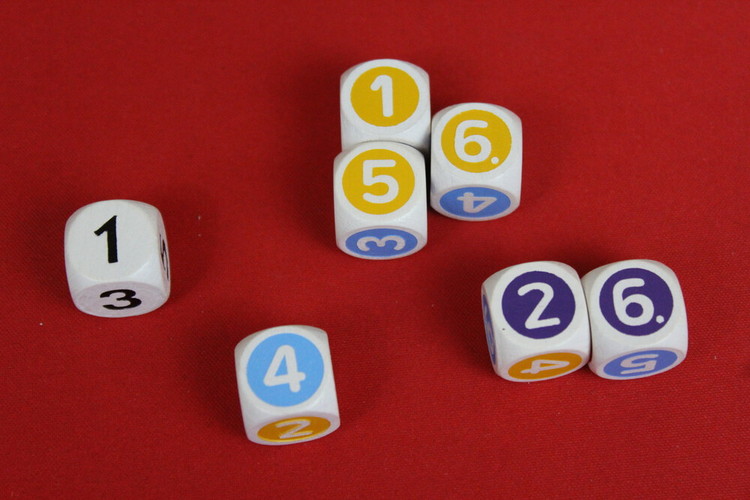 Play continues and the dice are passed onto the next player.

Add up all scores at the bottom, subtract any negative points and the player with the highest score is the winner. 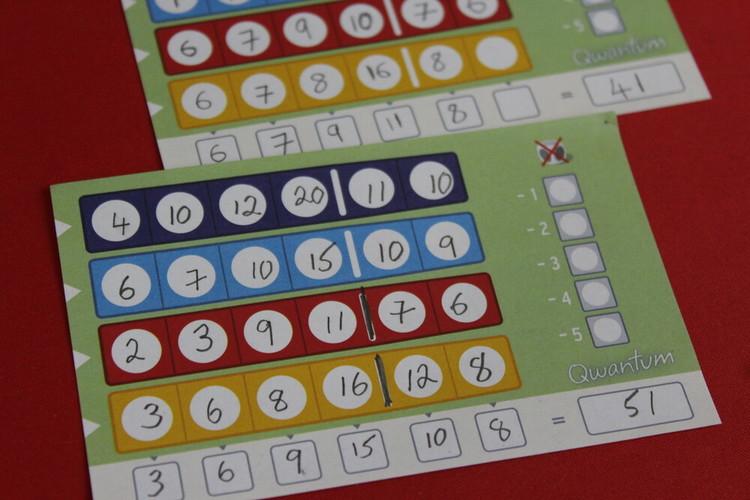 Qwantum is the third instalment in a trilogy of roll and writes from NSV Games, with Qwixx and Qwinto being the first two. I have played and enjoyed Qwixx, but haven’t played Qwinto. I enjoyed Qwixx, but found the real time element stressful and know I sometimes made the quickest decision rather than the best one. Qwantum takes that stress away and (for me at least!) is more enjoyable.