Posted on November 08, 2017 by Katrina Demeanour 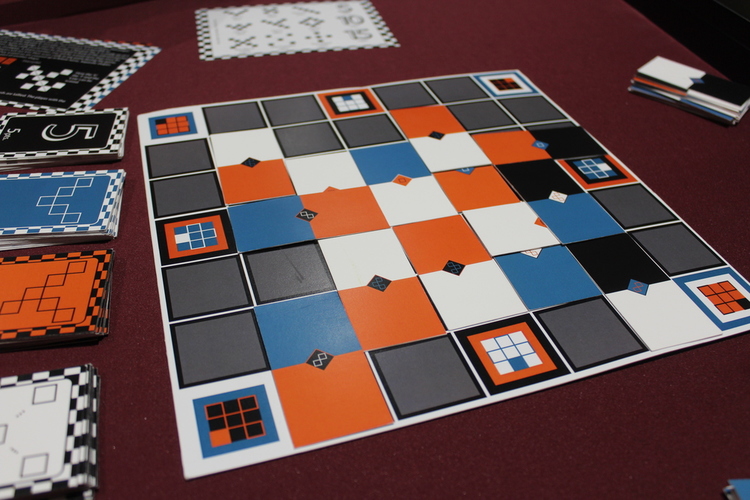 Sectre is an abstract, tile placement game for between two and six players.

Please note all pictures shown are of a prototype copy so will vary from the final version, however, sustainability is important to these developers so it will be a plastic-free version! 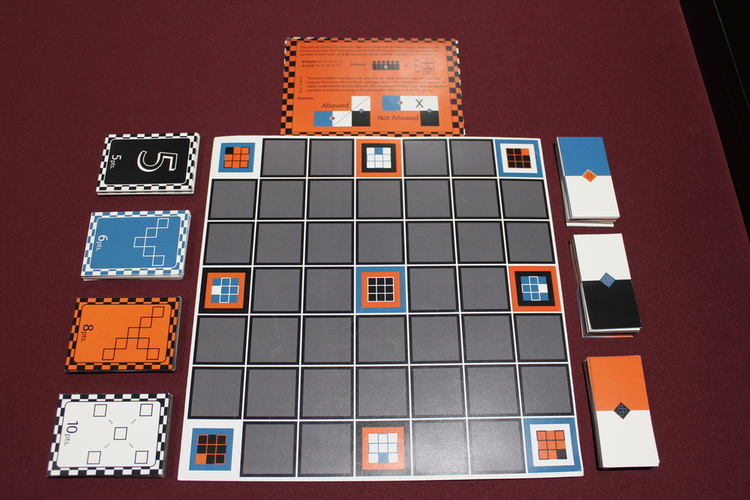 Place the board in the middle of the table and separate the player tiles into the three types. Give out the appropriate number depending on player count, they do not need to be shuffled as they are all the same. With two or three players give five tiles from each stack, four players give four and five or six players give three from each stack. These tiles are double sided so don’t forget that when you come to place them! 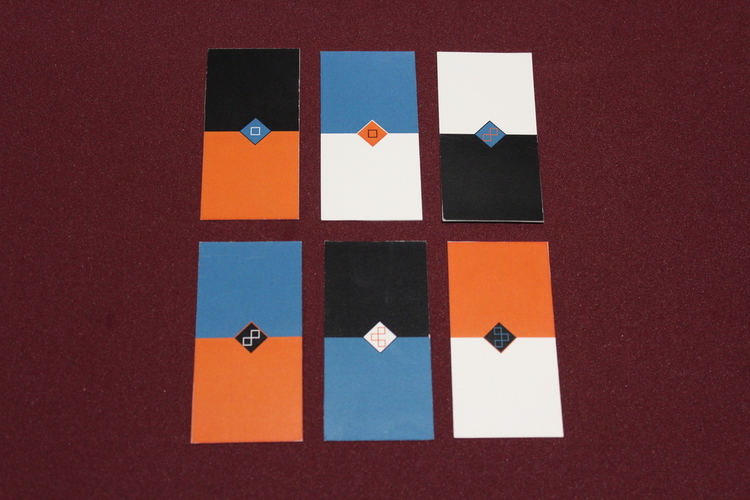 The aim of Sectre is to connect like colours together to make shapes which will score you points. Taking turns, the active player may place any one of their tiles anywhere on the board as long as matching colours do not touch. In turns after the first, cards may be covered partially or fully as long as the above placement rule is adhered to.

Once a player has formed a shape that can be scored, that player receives the score cards(s) relevant to that play. It is possible to score multiples with one placement. Not only do you get points for the appropriate shapes, there are points available for connecting 5, 10 or 15 of each specific colour. A shape/number card may not be scored more than once, score cards are placed face up in front of that player and cannot be lost even if that shape is covered up in subsequent turns.

If a shape was completed but not collected on at the time, ie if a player notices a completed shape turns after the fact, that score card can either be discarded from the game or collected by the player who first notices it. 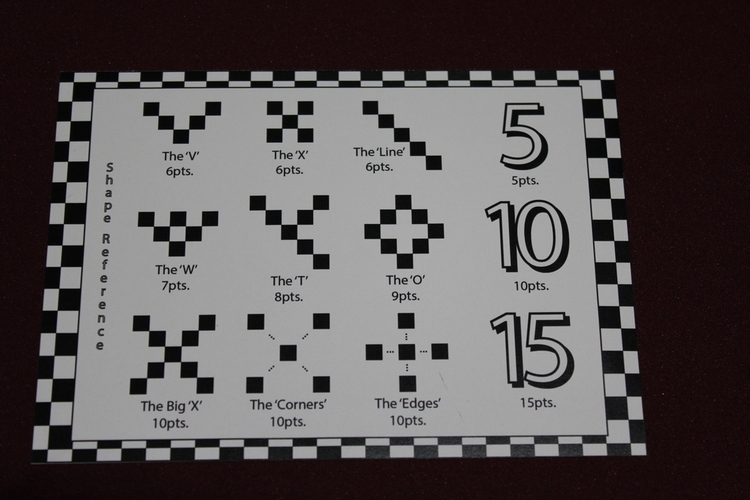 The game ends when all players have placed their final tile, scores are added up and the player with the highest is the winner.

Sectre will appeal to all fans of abstract games,math based games or classic games like chess. The puzzle like element of it makes it surprisingly thinky for a game with such simple rules.

Sectre will be available on Kickstarter the week beginning November 13th. It was designed by Peter Mariutto and will be made entirely in the US and in an attempt to be sustainable it will contain no plastics. It will be available for $25 USD with free domestic shipping and just $5 for international shipping. There are already expansions in the works, some of which may be available during the campaign.

I will put the link up as soon as the project is live so make sure you go check it out!