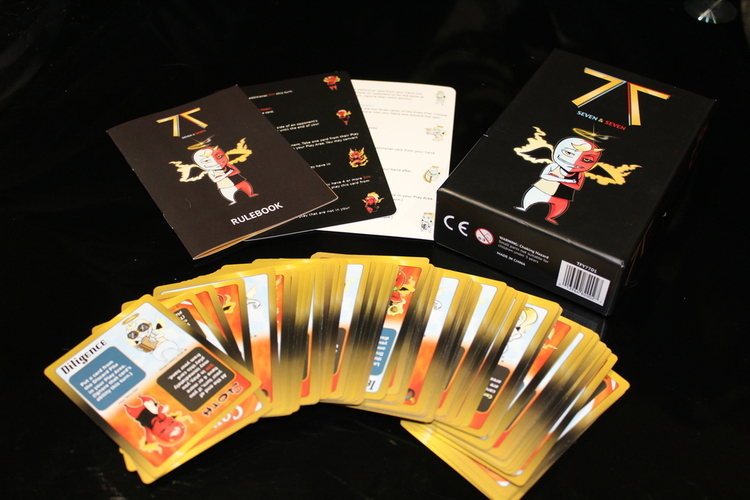 Are you devilishly good or a saintly sinner? Whichever way you feel inclined, your fellow gamers will force you down a different path! In Seven and Seven you are trying to collect a set of all seven sins or all seven virtues to win the game.

I first saw Seven and Seven at BGG Con when the designer, Cory Goff, was walking round with it in his hands. It immediately caught my interest due to the lovely presentation and super cute artwork.

Each player starts with five cards and you have two options each turn. Either play a card (and resolve all associated effects) or draw three cards. At the end of the turn you must have no more than seven cards in your hand.

Most of the cards in the deck are bi-directional ie. they have a sin on one end of the card and a virtue on the other side and can be played either way up. 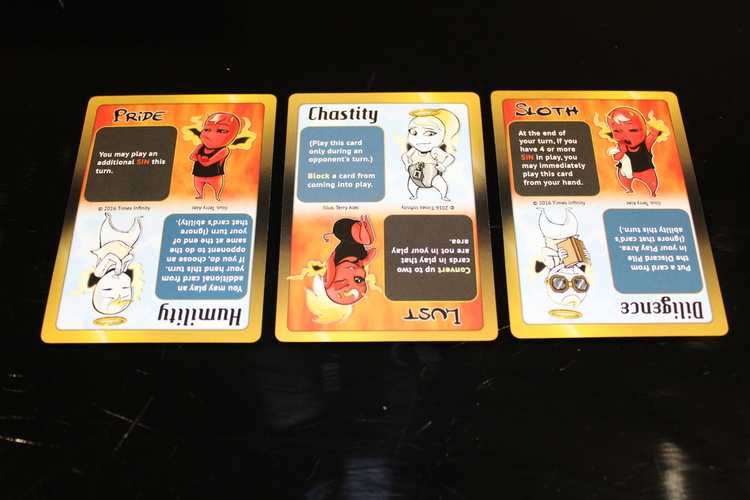 Each of the seven sins and virtues has a different effect when coming into play which can either help you get more cards to the table or can mess with other peoples set up.

If a card says ‘choose a player’, you may choose yourself at any point. During the game, cards on the table may be ‘converted’, this can only happen with duel sided cards ie. a sin gets converted to a virtue or vice-versa.

The deck also contains wild cards - these may be sins, virtues or both (duel sided). These count as one towards your set of seven, though multiples may be used. The sin and virtue wild cards have special abilities that trigger when they are bought into play. 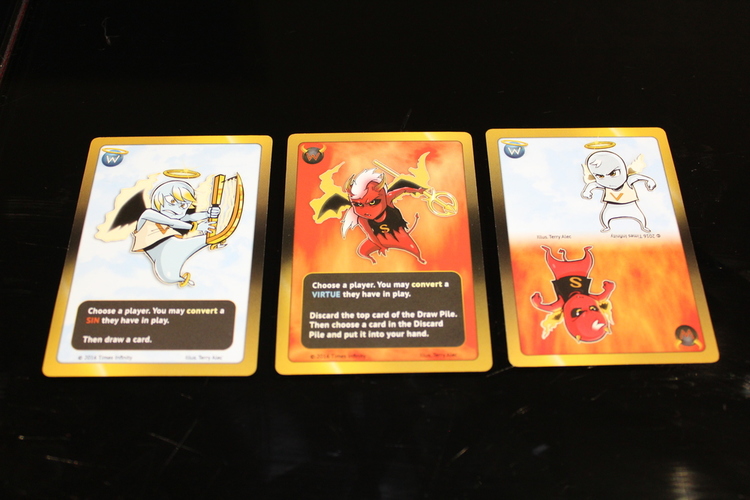 The other special card in the deck is the ‘Converter’ card, this not only allows you to play an additional card that turn but is played in front of you and can be discarded at any point in the game to convert another card in your play area. 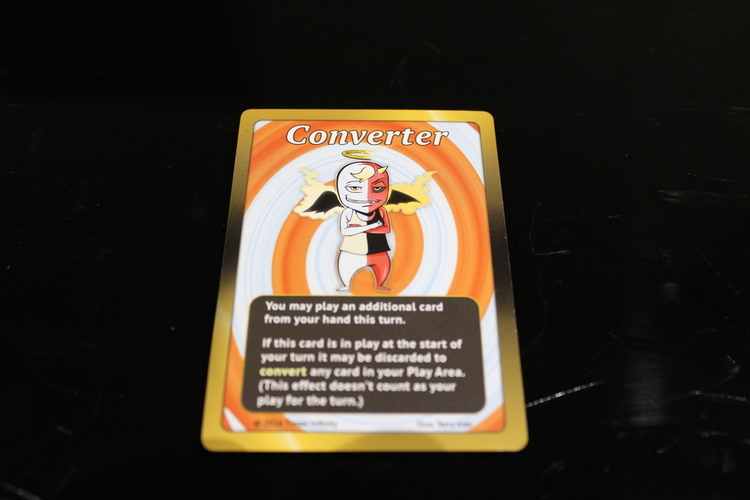 The game ends when one player has a full set of seven sins or seven virtues.

Seven and Seven is a devilishly easy game to play but so much fun! Easy to play with non gamers but engaging enough to keep gamers occupied too. Beautiful artwork and loads of player interaction keeps the game fresh and interesting every time.