Posted on February 13, 2016 by Katrina Demeanour 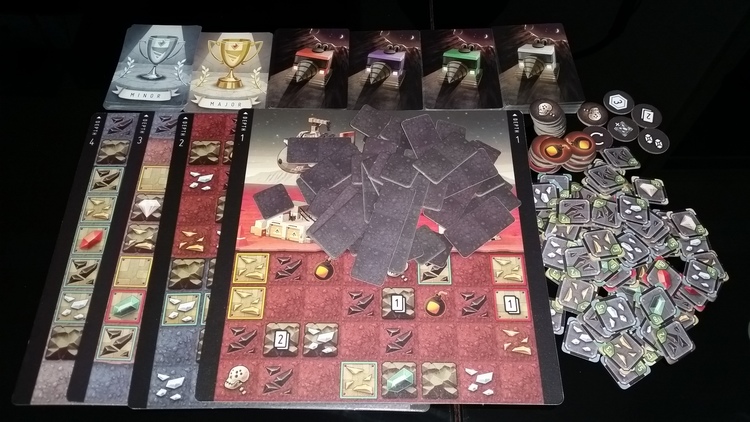 'Get your ass to Mars', or so the man said! So, join up with Solaris Corporation and do just that with Super Motherload.

Included in the box is:

Super Motherload is a deck builder with a difference, it comes with a board. As with all deck builders you will start with a very basic deck (7 cards in this case), you will gain more powerful cards to add to your deck over the course of the game. You will use these cards to drill and bomb minerals from the game board and then use these minerals to train your pilots (buy more cards) Each new card you buy is worth victory points and you may also gain points from achievement cards throughout the game. 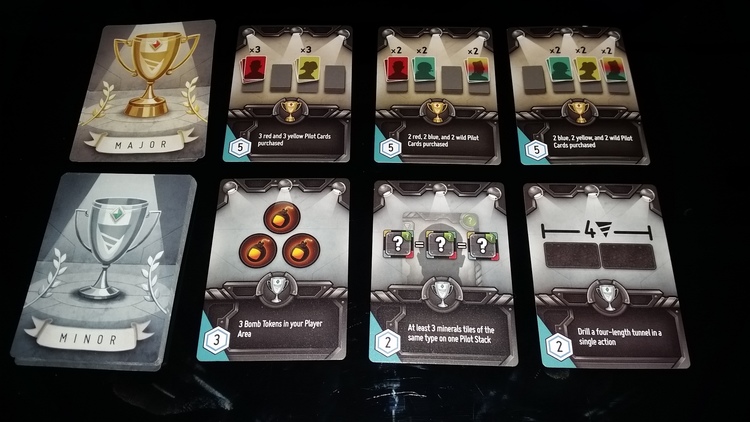 Each player chooses one of the available decks (these are differentiated by colour on the back and are all different) Shuffle the seven basic cards and they lay out the other cards into their appropriate piles with the cheapest cards at the top. Draw four cards from your basic deck and you are ready to play the game.

During each players turn they may perform two actions. You may choose to perform any of the following:

Draw two cards, Drill an area or bomb an area, you may perform the same action multiple times in a turn.

Drill an area: Discard any number of cards with a drill symbol of a matching colour, then take tunnel tiles with a matching length from the supply and place them on the game board in a straight line. Collect all minerals andany bonuses from the spaces you have covered.

Bomb an area: Discard a bomb token and a red pilot card. Place tunnel tokens on the board in the exact pattern shown on the left hand side of the card. Again collect any minerals and/or bonuses shown.

Tunnel tiles must be placed alongside existing tunnels but cannot overlap them. (At the start of the game you must drill from the planets surface) There are three types of terrain on the board, shown below in order.

Dirt - has no special rules, can be drilled or bombed.

Steel Plate - cannot be bombed, can only be drilled. The colour of the drill icons you use must match the border on the plate.

Rock - cannot be drilled, must be bombed. 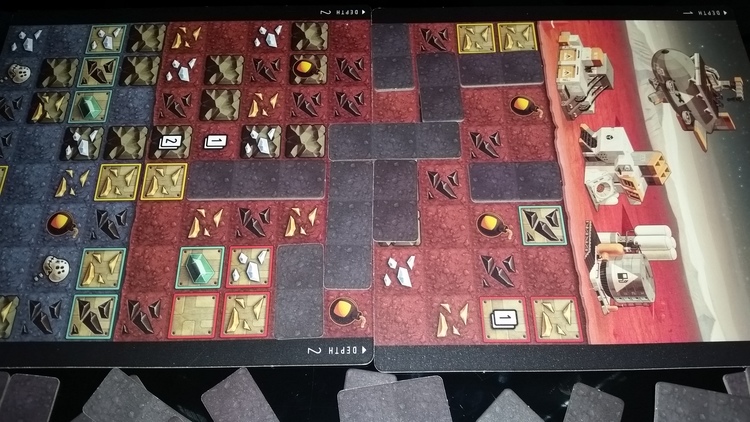 When you gain mineral tiles you must place them on one of your available pilot stacks. If at any point, the value of mineral tiles on any of your cards meets or exceeds the cards cost you may buy that card by placing the mineral tiles back in the supply and the card into your discard pile. A lot of the cards feature bonuses that are received when you buy them, these are shown in the middle at the bottom of the card. 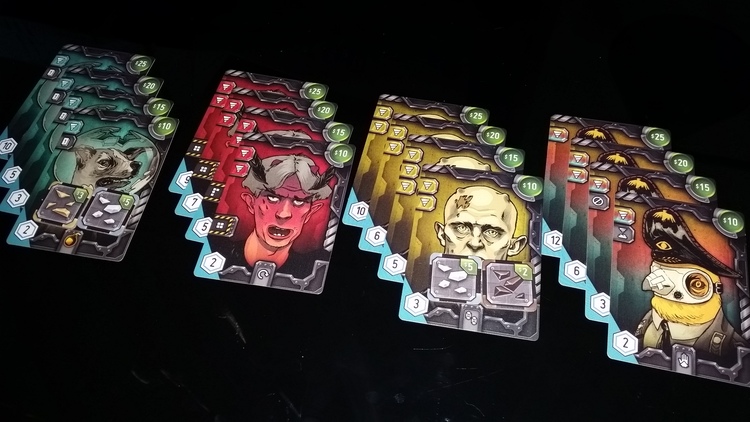 If at any point during your turn you fulfill the goal shown on any of the faceup achievement cards, you place the card face down in your play area to be counted up at the end of the game. 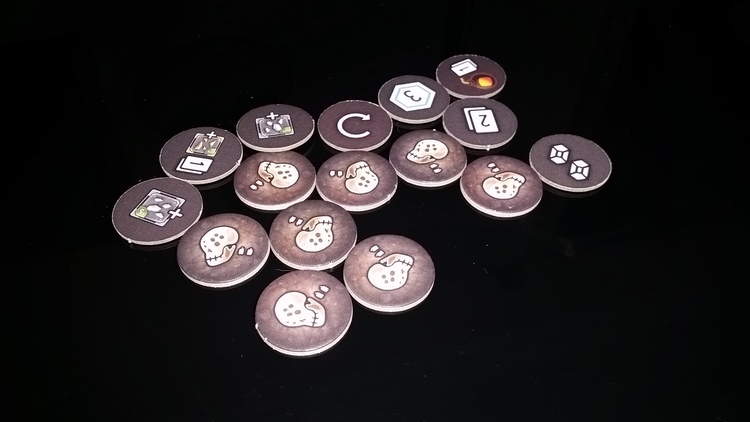 Points are added up from cards, achievements and artifacts and the player with the highest is declared the winner.

Super Motherload adds a lot of depth to the average deck builder with the inclusion of the board. The variables (achievement cards, boards and decks) add a huge amount of re playability to this game and the artwork is simply stunning.