Posted on October 01, 2017 by Katrina Demeanour 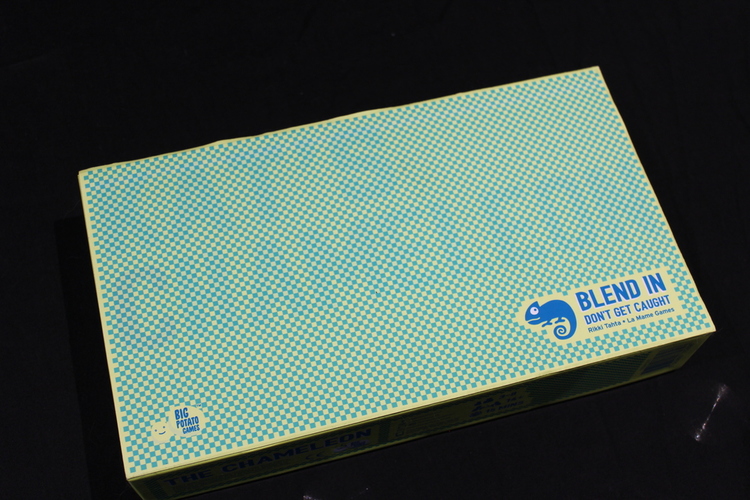 Can you blend in with the crowd and bluff your way through? Can you catch someone else out in a fib? If so, then Chameleon is the game for you! Firstly, I have to say a massive Thank You to Big Potato Games for my awesome, customised version of this game along with the beautiful packaging it came in (Smeagol, my sphynx cat agreed and decided it also looked delicious!)

In your box, you will get: 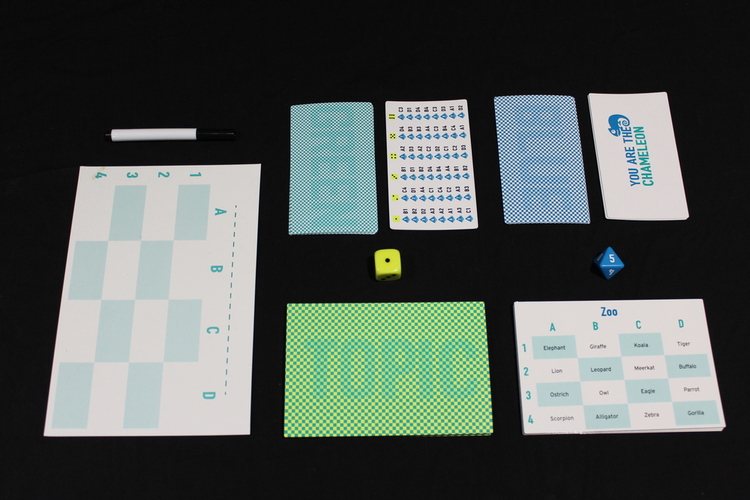 The person with the majority of votes flips over their code card, if it is just a code card then you have all let the Chameleon escape undetected. If you have managed to catch them, well done you, but they now get to guess at the secret word. In this example Yellow dice 2 and Blue dice 6 would identify Meerkat as our secret word according to the grids. 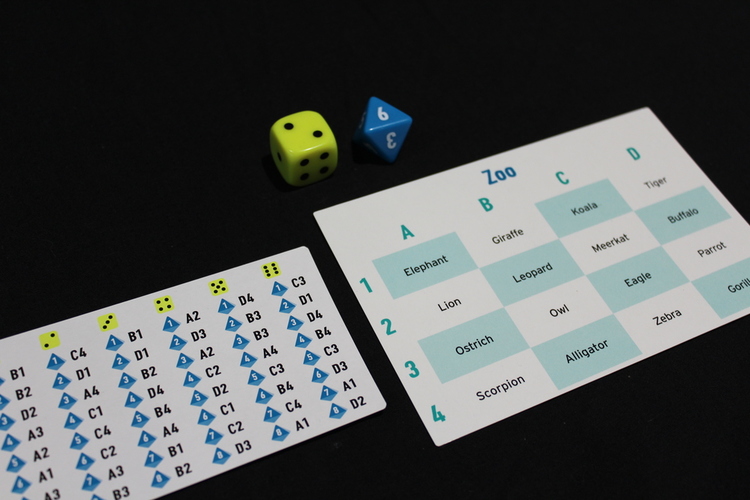 If the Chameleon escapes undetected, they receive two points, if they are caught but then guess the secret word they get one point, if they are caught and don’t guess the secret word everyone else gets two points. The first player to five points wins. It does state on the rules that scoring is optional and we just play as many rounds as we want to with the winner being whoever has the highest score at the end.

While very basic in its premise, we had a lot of fun with this, it arrived on a day we were set to have movie night, so we had a couple of ‘non-gamers’ round. I cracked it open and they enjoyed it so much we have been asked to bring games (including The Chameleon) round to theirs for movie night this weekend! The standard number of players is 4-6 though there are slight variations for 3 or 7-8 players but I think a lot depends on your group, the 7-8 player variant has the topic card being flipped over after everyone has said their word, making it harder for The Chameleon to guess it, however, we like things to be harder so I think this is a great variant for any number of players.

As with all Big Potato games, the component quality is good and the cards are slightly shiny, meaning they will be slightly ‘spill proof’ which is handy as I can see this coming out with a few drinks for us! I also love the wipe clean board that I can see us getting some serious use out of for either more ‘adult’ themes or topical themes to get non gamers interested.