Posted on November 09, 2015 by Katrina Demeanour 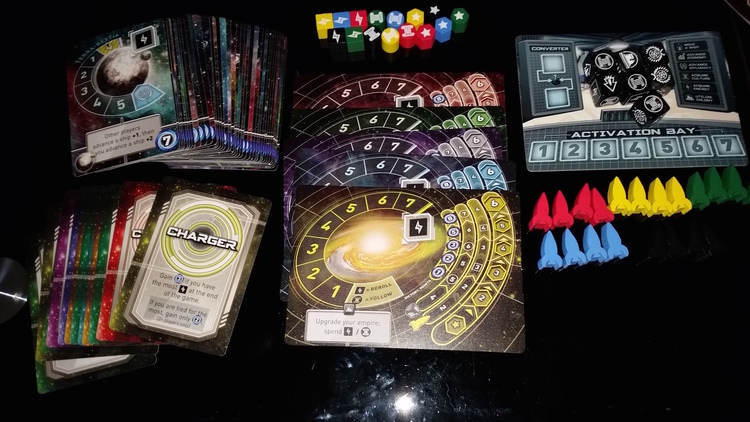 If you have played any of the Tiny Epic range from Gamelyn you will already know that they are pretty small and very epic! Following in the footsteps of Tiny Epics Defenders comes the latest on the set. Tiny Epic Galaxies.

As with the rest of the games there is a great set of components in a small box: 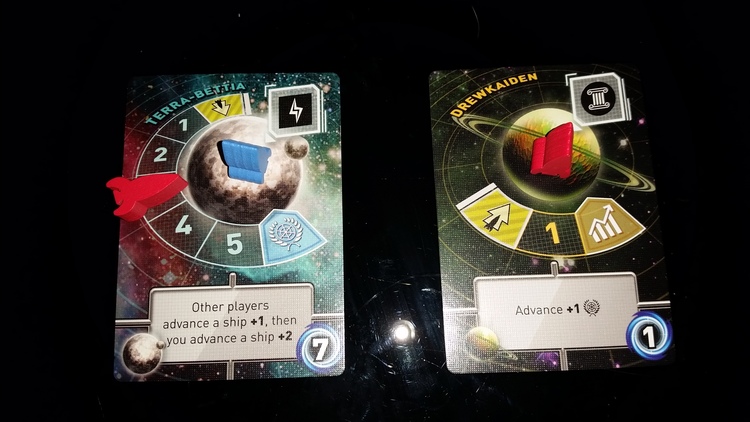 Each player starts with 4 ships, 1 culture token, 1 empire token and 1 energy token in their chosen colour and a galaxy mat. Start with two ships in the centre of the mat and two on the ship track marked with squares. Start the game with 1 culture and 2 energy. Your empire token starts at the bottom of the empire track on the right hand side. This also indicates how many dice and ships you can use in a turn. Deal out two secret mission cards to each player who chooses one to keep and discards the other.

Shuffle the planet cards and lay out one for each player plus an additional two eg for three players, put out five cards. The control mat and dice go in the centre of the table.

To win the game you need to be the first to reach 21 points, you get points by colonizing planets and upgrading your colony. 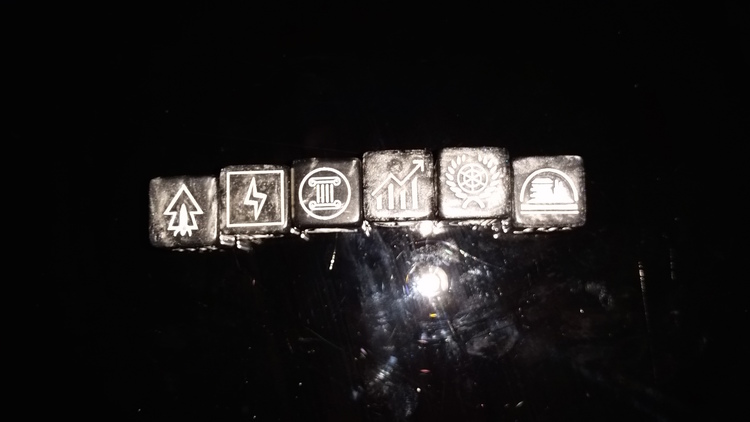 The start player rolls the dice and and can choose a number to activate according to their empire track. At the start of the game will be four actions. The dice actions are as follows:

Move a Ship - there are two actions you can take using this dice, you can either land on a planets surface by standing your ship upright an the planet to perform the action marked on the card or you can orbit a planet, place your ship on the starting position of the cards colony track. The symbol at the end of the track tells you what type of planet it is and therefore if you need the diplomacy or economic dice to move further up the track. When you get to the end of the track you have successfully colonised the planet.

Acquire Resources - Energy or Culture - Each planet produces different resources, as shown on the top right of the card. If you choose one of these dice you can take one resource of the appropriate type for each ship you have on a planet of that type. If you chose energy you also receive an extra energy for each ship left on your galaxy mat.

Advance Colonisation - Diplomacy and Economy - In order to colonise a planet you need to reach the end of the colony track. Depending on the type of planet you can activate one of these dice to advance one space up the appropriate planet track.when you reach the end of the track you have successfully colonised the planet. Take the planet card and slide it under your galaxy mat so its points and ability are visible. Any ships that were on the card are returned to your galaxy mat and you immediately restock the planet cards.

After a player has activated a dice all other players get a chance to copy that action by paying one culture. 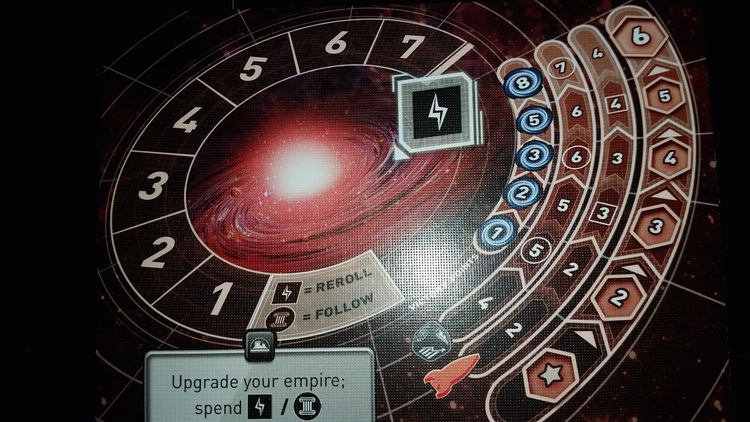 Other actions - you can convert dice as shown on the control mat. Place any two inactive dice here to change the face of a third dice to that of your choice. This action may only be used once a turn.

Once a player hits 21 points the end of the game is triggered and play continues to the end of the round. Points are then added up, including any points from secret missions and the winner is declared. 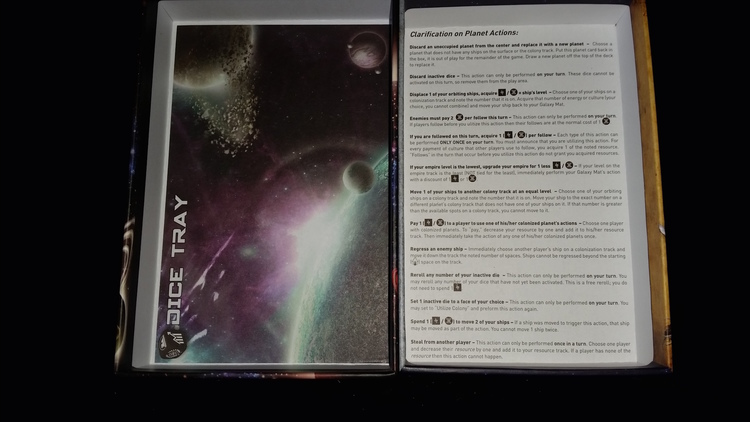 As with the rest of this range, this is a beautiful game in a small box with a lot of game for its size. There is a neat planet over view in the lid of the box and the bottom is a beautifully illustrated 'dice tray'. All in all there is a lot of game and components for your money and the size of this. The secret missions and variety of the planet cards mean that every game is quite different giving a great deal of replay-ability.