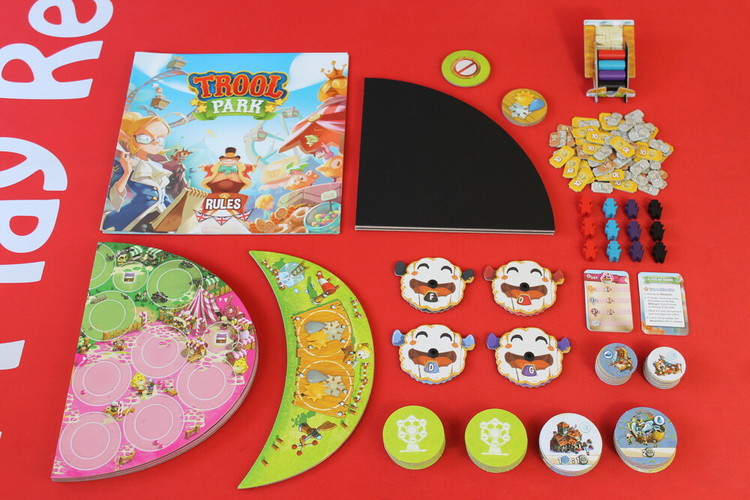 Ever wanted to run your own theme park? It’d be fun, right? Your guests would have a blast, but it’s going to take a lot of work from you. Don’t forget the weather will mess things up, oh, and the inspector is due to give her verdict soon, a walk in the (Trool) park!

If you are taking this game out of the shrink, you have a few things you need to build before you can play. I’m rubbish at this stuff and got everything together without too much pain! The fun slide will need assembling, the selection wheels will need clipping together and the box separators will need making into an insert. 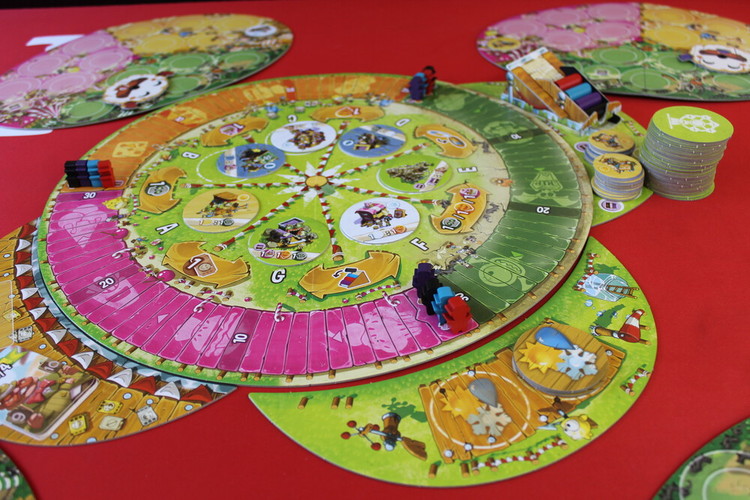 Give each player a player board, player aid and the meeples, cylinder and action selection wheel of their chosen colour. They place one meeple on the starting space of each three tracks on the main board. In order of age, from youngest to oldest, each player puts their cylinder on the fun slide. Each player receives a booth at random and places it on any chosen space of their player board.

At the end of round two, and in each subsequent round, an inspection will be held. Your parks will be judged on three things - Laughs (orange balloons), thrills (green skulls) and snacks (pink cupcakes) Each inspection will focus on a specific category and will help you gain visitors and win the game!

Each round is played over four phases 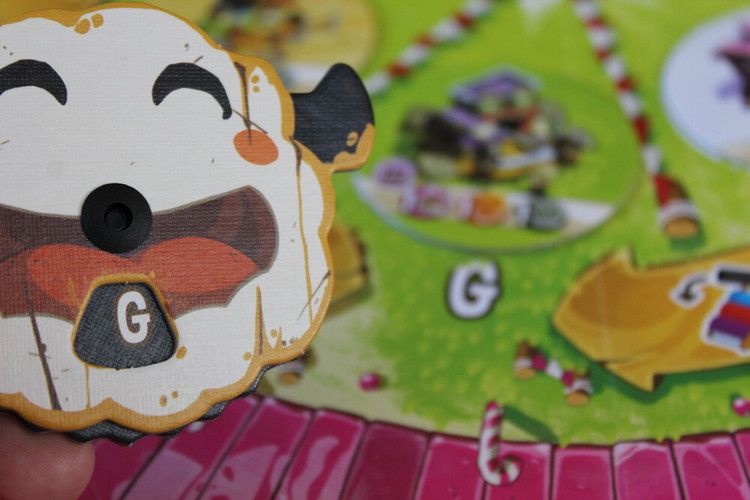 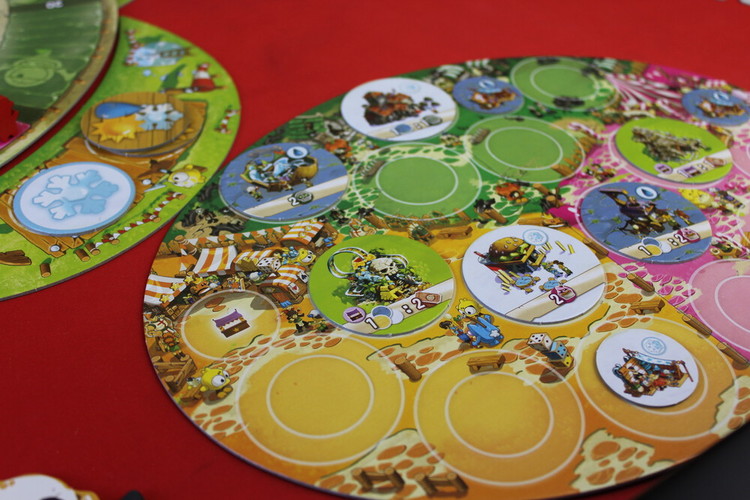 Inspection - From the end of round two onwards there will be a park inspection. Each examines players rankings in one of the three categories (Laughs, Thrills or Snacks) The player in the lead for the required category receives the top reward shown on the card, the second highest the second reward and so on. If there is a tie for any reward, the player lowest on the fun slide receives the higher reward. At the end of the eighth (and final) round there are three inspections, one for each category. These must happen in a specific order - Thrills, Laughs then finally Snacks. 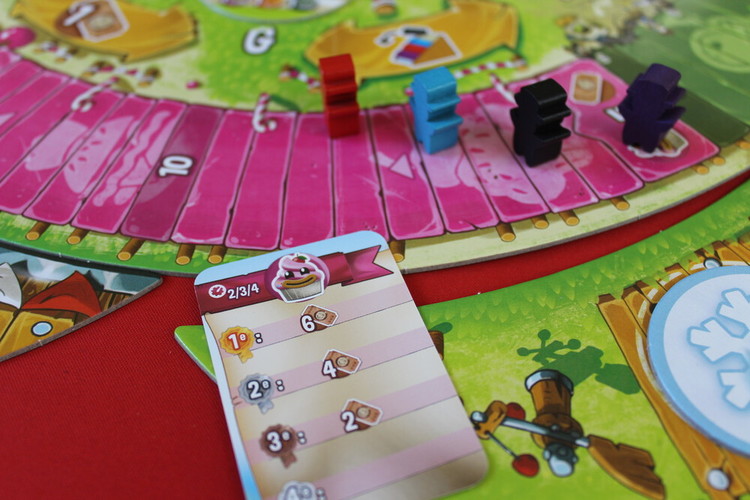 Prepare for the Next Round - Draw new attractions and fill the empty spaces on the main board. Reveal the inspection card that will take place at the end of the round.

Once the three inspections have taken place at the end of round eight, players count up their visitor tokens and the player with the most wins. In the case of a tie, the player lowest on the Fun Slide wins!

Trool Park is big, bold and beautiful! The hyper colour palette may not be for all but fits brilliantly with the theme. Some of the colouring could have done with a bit more consistency though. For example, the ‘thrills’ track is green, yet the symbol for it is a black skull (OK, it has green eyes, but that’s a detail you don’t necessarily notice straight up) After a play or two, you just know what things are and the colouring isn’t a problem. I’m a big fan of simultaneous actions and here, Troll Park doesn’t disappoint! The bonus for not getting the card of your choice is a nice touch and makes it worthwhile sometimes. This is a fairly light weight game that just oozes fun from the artwotk, the round cards and the fun slide to determine turn order.