Posted on November 15, 2017 by Katrina Demeanour 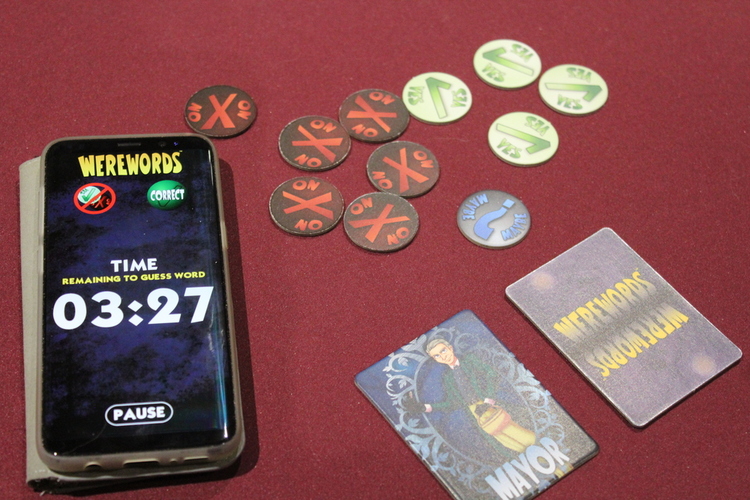 Everyone has probably played at least one of the ‘Werewolf’ or subsequent spin off games so has some clue what to expect here, hidden role, deduction and a lot of fun!

In the box you’ll get: 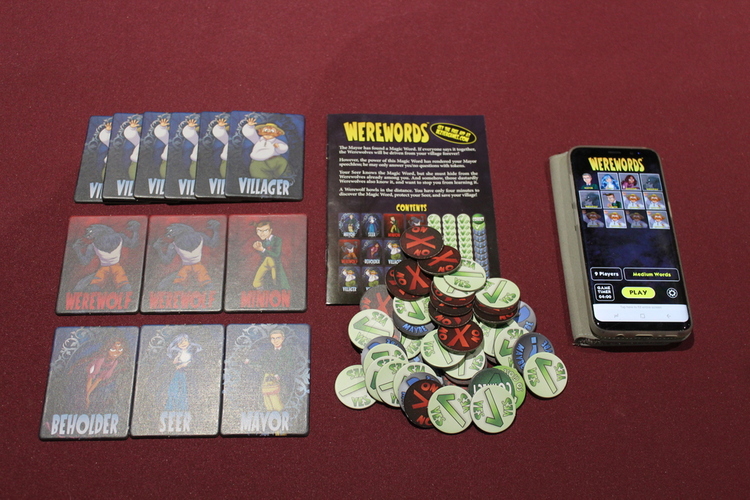 The first thing you will need to do is download the companion app which is available on Android or iOS. The app walks players through the game, chooses your ‘secret word’, provides instructions and acts as a timer!

Take the Mayor, Seer and Werewolf cards and add Villager cards so that the number of cards is one more than the number of players. Shuffle them up and deal one card face down to each player.

The player with the Mayor reveals themself and takes the tokens and the spare hidden role card - this will be their secondary role for the game.

They need access to the app, but making sure other people will be able to see it. Set it up for the correct number of players and decide if they want easy, medium, hard or ridiculous words. 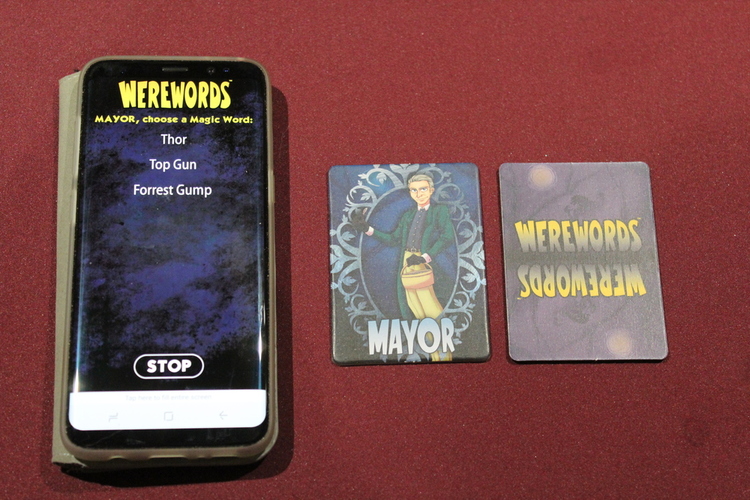 Finally, the app will tell everyone to wake up and start the Day phase of the game.

While the timer is running, players try to guess the secret word. They may ask the Mayor any questions that require a ‘yes’ or ‘no’ answer. The Mayor is not allowed to speak, instead he must use the tokens to answer. The tokens are limited, when the Mayor uses the last yes/no token, the day phase is over. Players may talk with each other during the day phase, but have to ask questions one at a time, while the Mayor cannot talk at all. 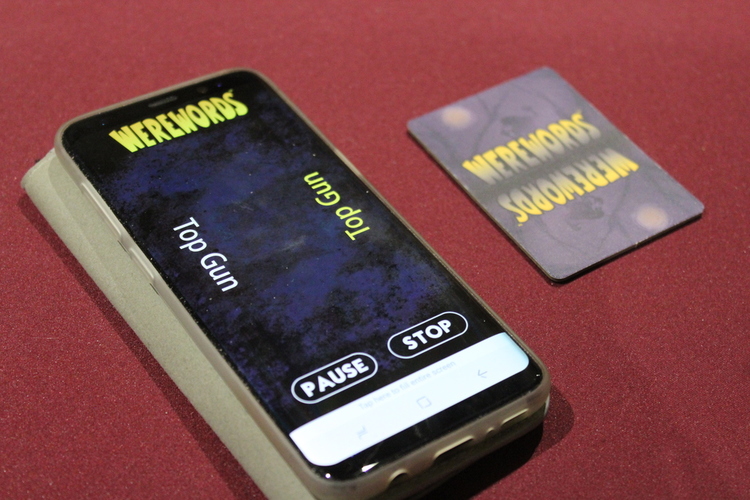 After a correct guess, the werewolf/werewolves reveal themself and have a chance to win if they can correctly guess who the Seer is. If they guess correctly, the Werewolf team wins, if they are incorrect the Villagers win.

If the players do not guess the word correctly or run out of tokens, they get to guess who the Werewolf/Werewolves were. They get one minute to discuss among themselves and may even lie about their own role in order to put people off. When the minute is up, everyone must point at who they think the Werewolf was. If the majority of players point at a Werewolf, the Villagers win and the Werewolf team loses. If they guess incorrectly the Werewolf team wins and everyone else loses. Bear in mind, the Mayor could also be a Werewolf or the Seer. In which case, they can mislead or lie to the players to lead them away from the secret word.

The Beholder knows who the Seer is, but does not know the secret word, they are on the Villagers team.

The Minion knows who the Werewolves are but also does not know the secret word, they are on the Werewolf team. If at the end of the day phase they are accused of being a Werewolf, the Villagers win!

The Seer must be careful not to make their knowledge so obvious but can help lead the questions in the right direction. Same with the Werewolf team, but obviously trying to waste questions or lead the team away from the correct word.

This is a great twist on the original Werewolf game and unlike the others, this works pretty well with four players. The words add a whole new element as you are trying to guess that as well as people's roles. I have also recently discovered the extra selections for words, meaning you can have general word, movies, music or a combination of all. There is some community lists available, including (obviously) a games list but also a Klingon word list and I’m sure lots more to come. The guessing of the secret word gets people in the mood for deduction and is a great way to introduce new players to hidden role games. Obviously, it’s also another game that’s great when you have lots of people round!