Posted on February 05, 2018 by Katrina Demeanour 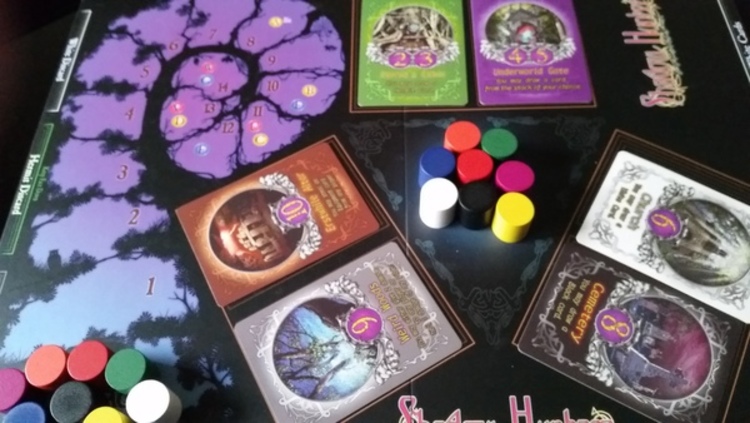 Like many gamers, I log my plays on Board Game Geek. I only started logging in December 2014 but I thought it would be fun to take a look at my five most played games over the last three years. So here they are, in reverse order.

In fifth place is Shadow Hunters with 17 plays. You can read my full walkthrough for this. This is a deduction game that plays up to 8 players. It’s a great way to get to know people at a convention and is easy to teach, meaning it hits the table quite often here when we have unexpected people turn up at games night. It’s a fun game with loads of player interaction and expect to hear the phrase ‘but I’m on your team’ repeatedly numerous times throughout the game. The art is beautiful and really gives a great theme to the game. 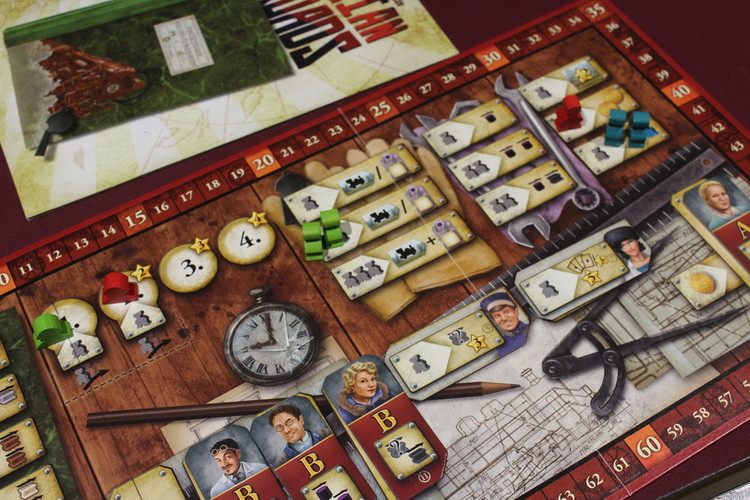 In fourth, with 19 plays is Russian Railroads. We love this game! This is a worker placement game where players compete to build the largest and most advanced railway network. Each player board has three routes and an industry track and during the game, you will really need to decide which to focus on. The game is played over seven rounds and there just isn’t time to do everything that you want to do. Of course, being worker placement, there will be plenty of turns where you are blocked from what you want to do and you will have to adapt and change plans accordingly. A great medium-weight euro for 2-4 players that can be expanded on with ‘German Railroads’ and ‘American Railroads’. 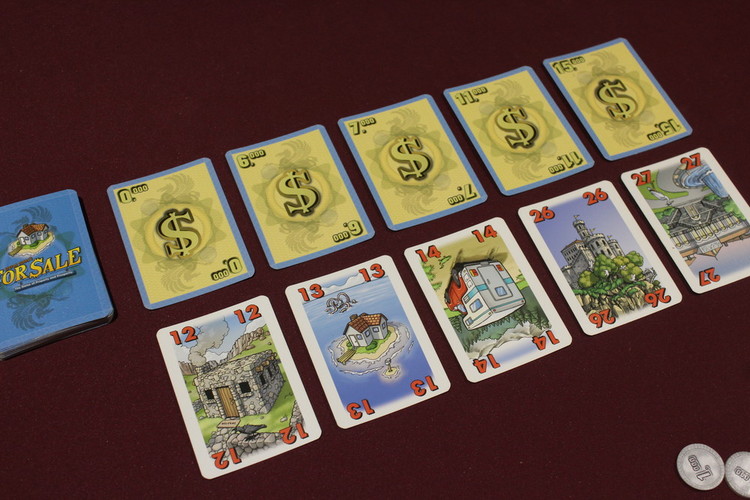 For Sale with 21 plays comes in third. Again, you can read my full walkthrough. We do like a bit of trick-taking here and as this plays up to six players, this is a favourite for the beginning or end of an evening. This is a game all about buying and selling real estate. It is played over two rounds. In the first, you are bidding on properties with a limited amount of money you start with. Then, in the second round, you will use these properties to claim money cards. You can go into the second round with some low valued properties and still do well IF you know when to play the right cards! 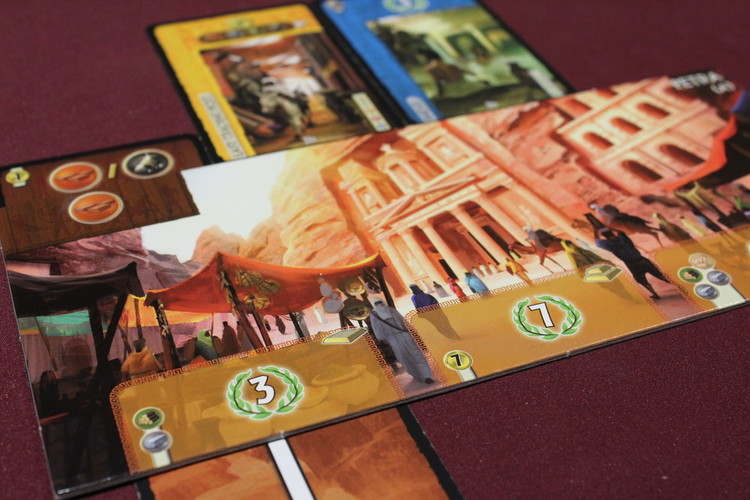 7 Wonders, in second place, has 24 plays. Part of this is because it goes to seven players. While it is a fairly light game it’s nice to have something that is not a ‘party game’ that can handle so many people. Played over three ages, players draft cards to build a tableau containing military, trade, monument and science cards, making sure they grab enough resources to begin with to place what they want. Each player also has a ‘Wonder’ card that they can build which can grant them various abilities from extra resources, points, military or other unique abilities.

And in first place is Kingdoms with 32 plays. Again, you can read my full walkthrough. This is a super quick, easy to teach game that can be brutal at times, but always gives you an opportunity to get your own back! Played over three rounds, players take turns placing tiles or castles on a five by five grid. The tiles will be either positive or negative points ranging from +6 to -6. Your castles have between one and four turrets. When the grid is full, scoring happens. Each row and column is calculated and you score points equal to the total times the number of turrets you have. A great game to start the evening off, and create grudges that last for the rest of that evenings games when someone places a -6 next to your level four castle, leaving you 24 points down!

Most of these games are pretty quick ones that we use to start or end an evenings gaming and/or to introduce new people to games. I’d be happy to play any of them at any given occasion still, even after all those plays!