Posted on October 05, 2017 by Katrina Demeanour 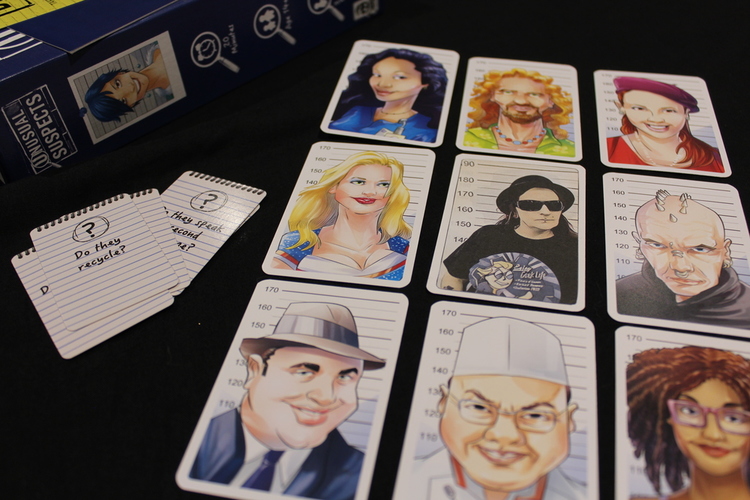 Love them or hate them, party games are a great way to get large groups of people playing, regardless of whether they are gamers or not! Here are my top five party games: 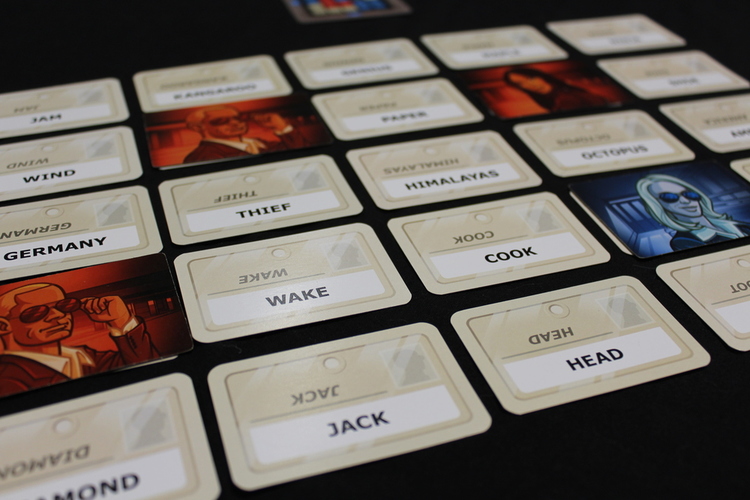 This has been one of the most successful games of recent years and has spawned a slew of variations. Initially when I heard the premise I was quite underwhelmed, then I played it and was hooked!

A five by five grid of words is placed on the table, players are split into two teams and each team selects a spy master. Using only single word clues the spy master must get his team to guess their words on the grid avoiding the opposing teams words and the assassin which will lead to an immediate loss if chosen by the team.

Codenames can be played with any number of players over four but plays best around the 6-8 player mark. A round will generally last about fifteen minutes but as the cards are double sided it is easy to flip them over and have a rematch! 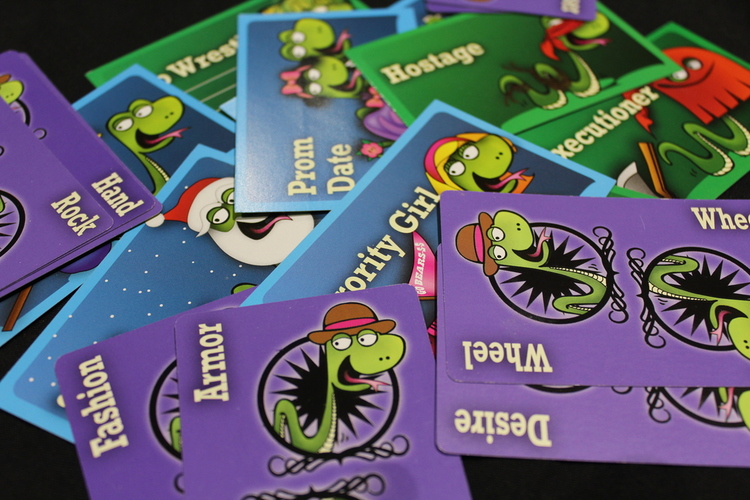 Snake Oil is another game where the more, the merrier! Each round, one player takes a role card, this might be something like ‘astronaut’, ‘witch’ or ‘rock star’. The other players use two cards from their hand to create an item that they want and have to really sell it to them. For example a rock star might want a rainbow wig or an endless wardrobe, but the trick to this game is really selling that item!

We usually find in a large group there are two or three stand out items so we then go back to those people for the ‘hard sell’ phase, this is a great game that results in some of the most outlandish story telling you’ll ever hear (and also some great gift ideas!)

This is easily the most non PC game I have ever played, and also the only game I can think of that has had me laugh so hard I had tears streaming down my face!

Twelve suspects are placed face-up on the table and one player is the ‘witness’, only the witness knows the true identity of the suspect. The other players take it in turn to ask questions about the suspect which can only be answered yes or no and eliminate suspects based on the answer. However, unlike Guess Who, these questions are not based on their looks, but their personalities.

So, the players might ask ‘Do they read novels?’, the witness then has to decide if they look like the sort of person that does or not. If the witness says no, you can then eliminate people you think do. If you eliminate the suspect, it’s round over and someone else becomes the witness for the next round. You can eliminate as few or as many people as you want based on one question, and then go on to ask another.

This truly is a game for terrible people who feel comfortable making snap decisions on people's appearances! 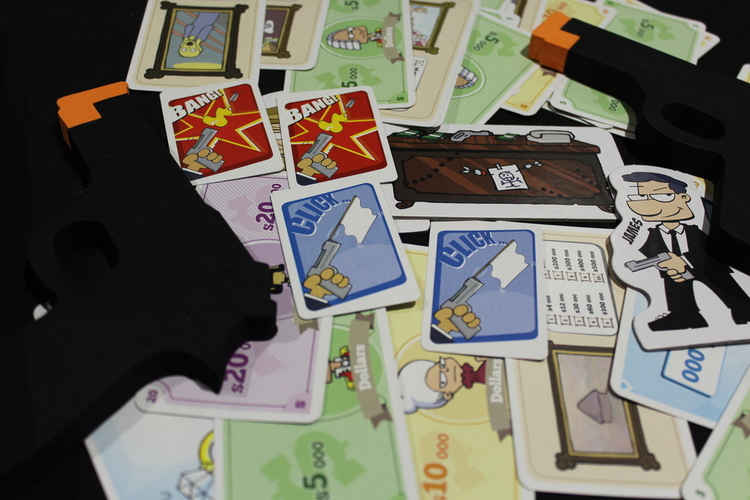 So, the heist was a success, your gang escaped with the cash, but now everyone is turning on each other! The game is played over eight rounds and each player is given a set of eight bullets, 5 clicks (blanks) and 3 bangs. Each round, there is a set of loot up for grabs. Everyone chooses a bullet they are going to use for the round and on a count of three points their gun at another player. When everyone knows where the real grudges are, on another count of three people can choose to chicken out or stay in the round! If you got shot with a bang you take a wound and are out for now, remaining players take turns choosing what loot they want. When all the loot has gone, the next round begins.

If you get three wounds over the course of the game you are dead and out for good! After eight rounds players add up the value of their lovely loot and the player with the most is the winner. This goes up to eight players and of course, who doesn’t love playing with foam guns?! 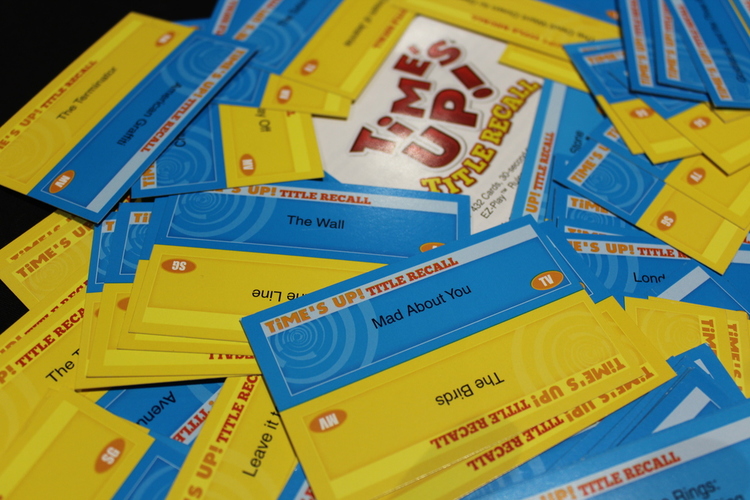 There are a load of different versions of this, but the one we love and I’m going to talk about is Times Up: Title Recall. Players have to guess the same set of words (in this case movies, songs, books) over three rounds in 30 seconds. In the first round anything goes, words, gestures, interpretive dance even! In round two, the same cards are used but the clues must be a single word only, round three no spoken words are allowed.

At this point, you are partly reliant on the memory of your team mates as the clues are the same in all three rounds, this can be really frustrating at times though (especially if everyones had a few drinks!) We tend to play this as a free-for-all with everyone playing to the rest of the group and earn one point for every answer someone gets, though there are specific rules for team play, we enjoy this as a bit of fun when we have large numbers of people round.

These are our five favourite games when we have large groups of people over, most of them work with gamers and non gamers alike but all of them guarantee fun! Feel free to tell me about your favourites in the comments section below!