A (Long) Weekend of Gaming! 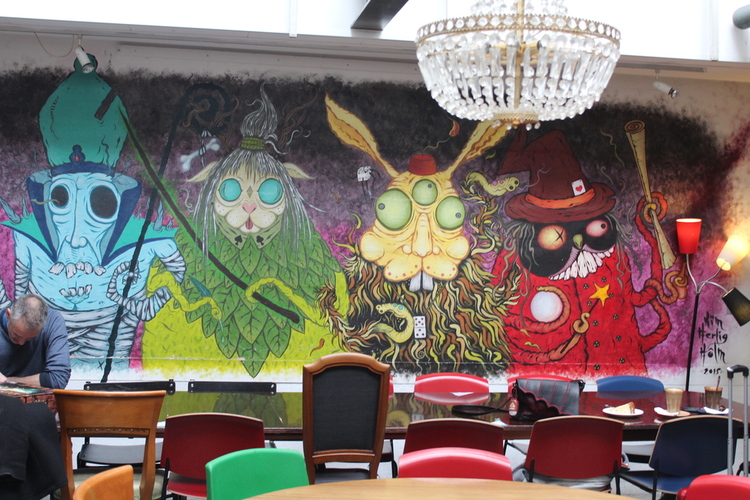 Last Thursday we were up at the crack of dawn (well, 3am, so middle of the night!) to board a flight to Copenhagen at 6am. We got on a coach from there to Odense to see my favourite band, D.A.D. If you have ever gamed at our house you’ll have heard them! Friday evening we were due to fly back but this meant we had Friday to wander round the amazing gaming centre that is Copenhagen.

We’ve been there before and I’ve written about it before. But, that was then and this is now, so time for a re-visit. First order of business was to go to the Bastard Cafe and renew my membership! Initial membership is 150 DKR (around £15) but my renewal was a bargain 125 DKR. This enable you and a friend to play for free at anytime. Even if you aren’t a member, there is a selection of ‘free to play’ games or else you can pay the 35 DKR (around £3.50) fee to sit and play all day from their library of around 1700 unique titles! We also dropped off some UK games to add to their every expanding library. Here is Bedsit Games BN1 and Happy Otter's Creature College sat on the ‘Game Gurus’ table ready to learn! The Game Gurus are always available and happy to help suggest and teach games as well as having the unforgiving job of rehoming lost pieces that end up on the floor daily! 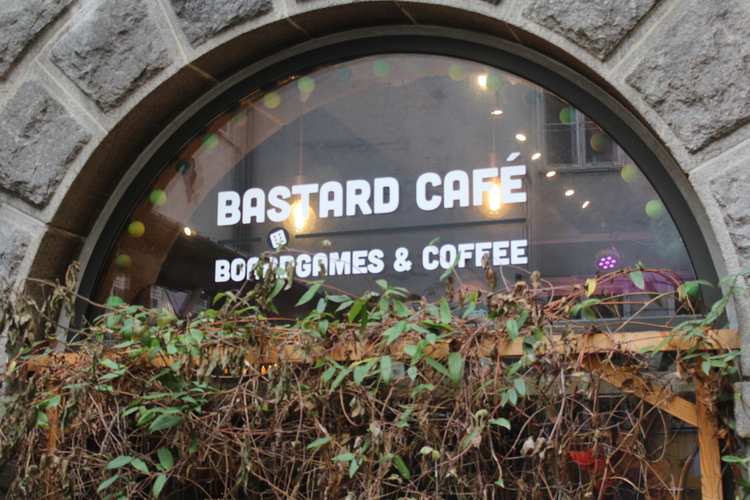 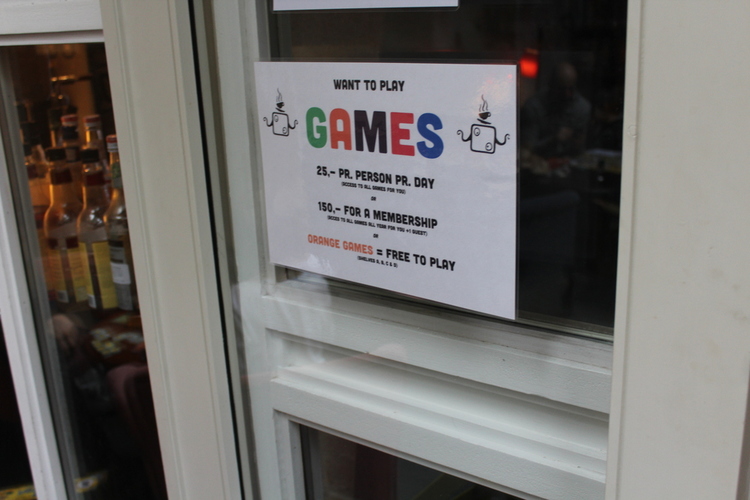 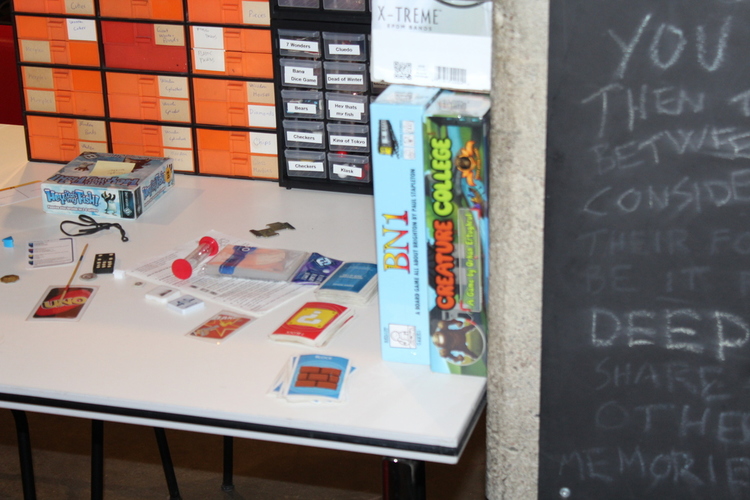 It’s been about 18 months since we were last at the Bastard Cafe and it’s great to see it growing and as busy as ever! Since we last visited they have introduced cake - yum and some craft beers. They have also repainted the wall in their back room with this amazing piece from Kim Herlig Holm.

After renewing my membership it was time to go shopping as my new card would give me 10% discount at the amazing Faraos Cigarer. This shop has just about every game you can think of, and many more. The prices are high compared to the UK but when it's games you can't get here, that doesn't matter! I ended up grabbing Saint Petersburg, Panthalos and Honshu. I did have a panic thinking we weren't going to fit them all in our case but managed to wiggle them all in. 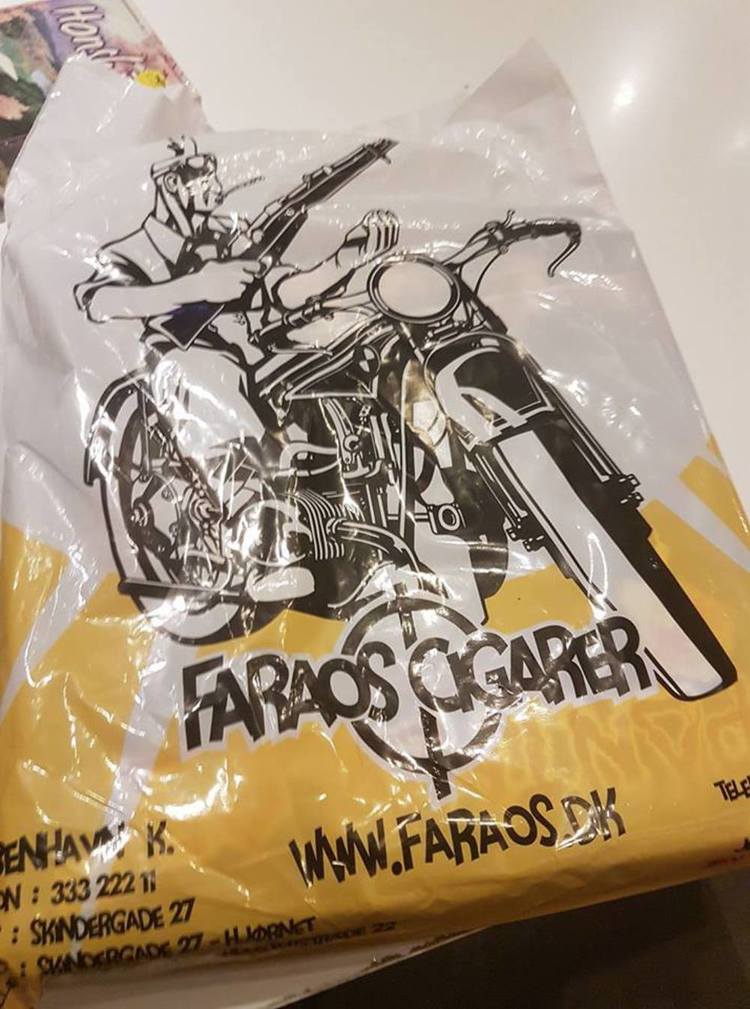 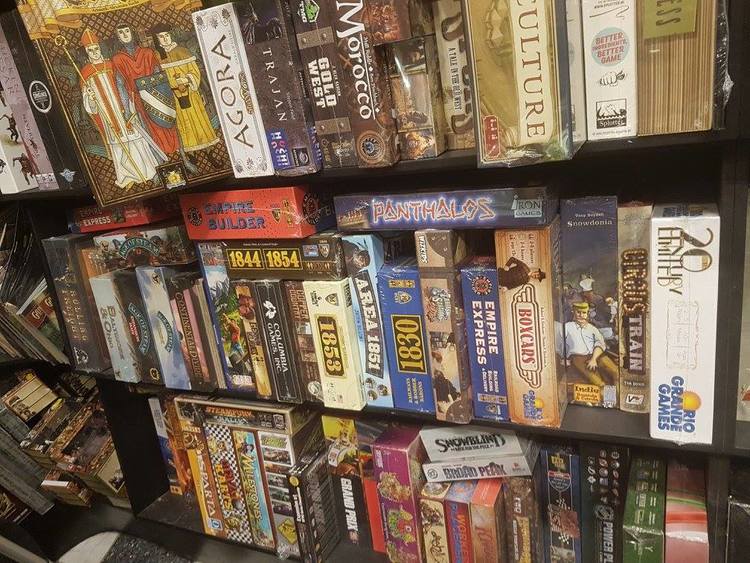 All of the train games, well some of them.

We then wandered back to the Bastard Cafe in order to kill time while waiting for our flight. We sat and learnt the new Honshu whilst enjoying a coffee, cake and some of the delicious sweet potato fries. We also chatted to a few people there, a couple of whom were also on holiday from the UK. After spending some time admiring the collector's edition of Smallworld, it was sadly time to leave and head home, jumping on the plane and landing back in the UK at 8.30pm Friday night. 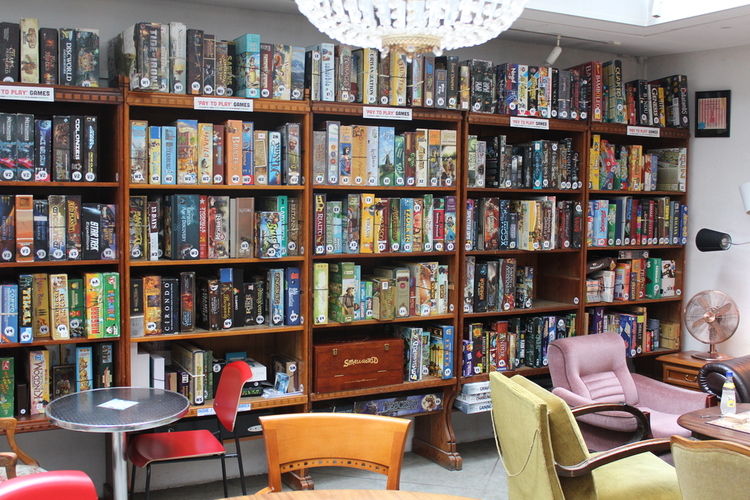 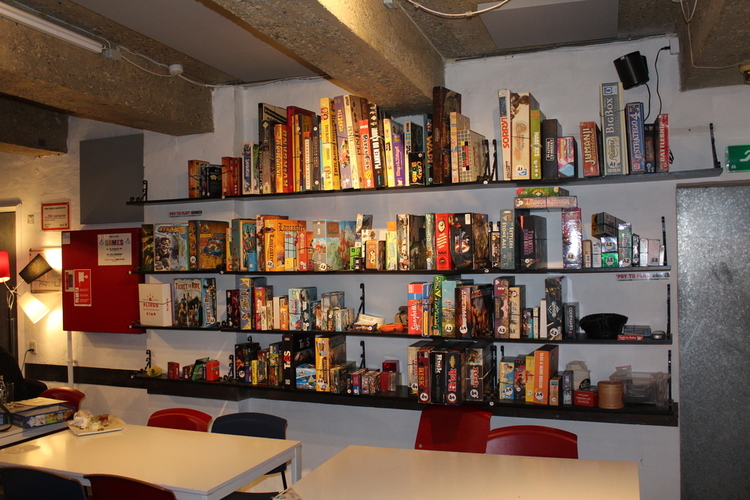 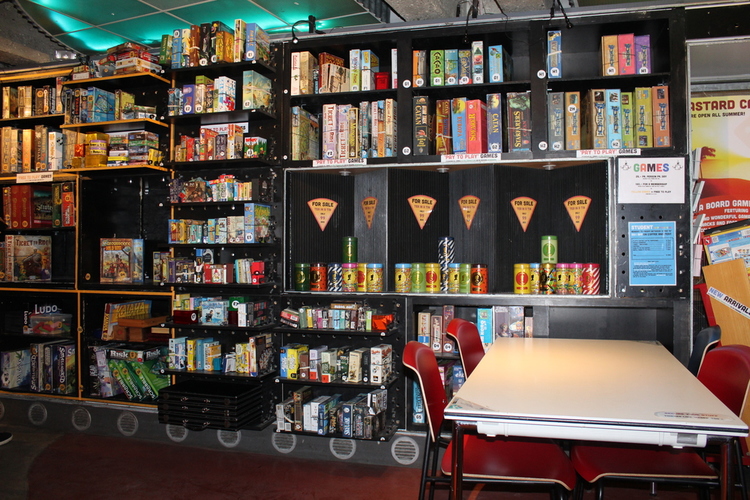 At 8am Saturday morning I was sat on a train going through Gatwick airport towards London, ready to demo for Esdevium Games at the PC Gamer Weekend. Obviously, this is a more video game based event but Esdevium have a table top area at a lot of these type of events. We had six tables this time in a very well sign posted area and was next to a lot of the VR stands which were hugely popular meaning we had a lot of visitors!

Saturday we had Raise Your Goblets, Carcassonne, Potion Explosion, Final Fantasy, King of Tokyo, Star Wars:Destiny and Ticket to Ride out and our tablets were pretty much full all day. 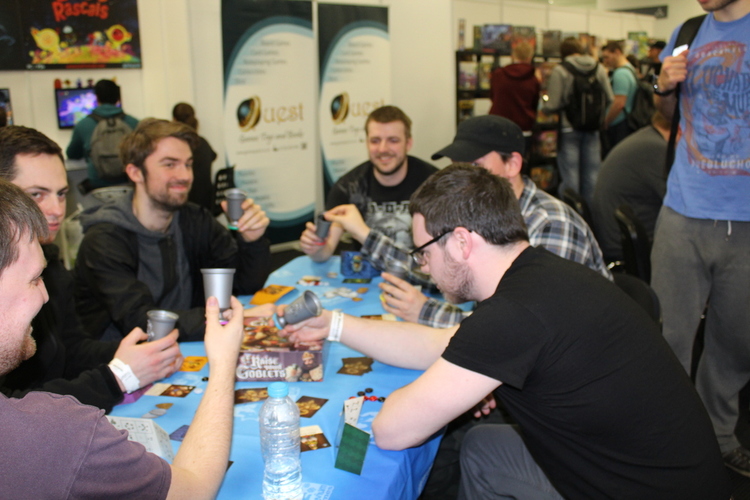 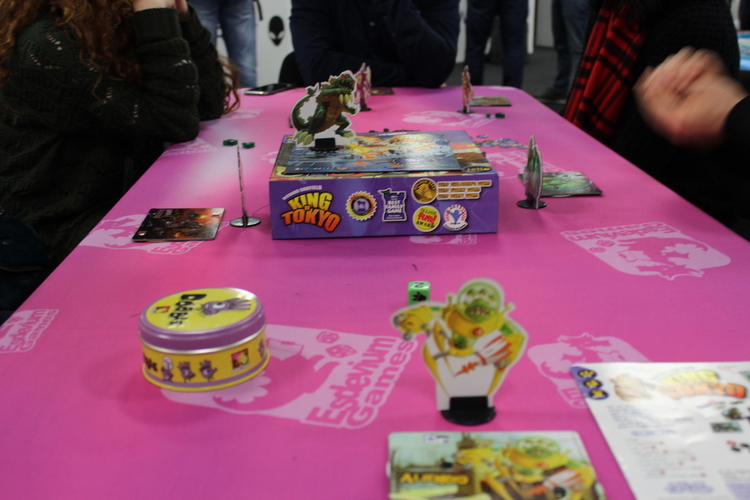 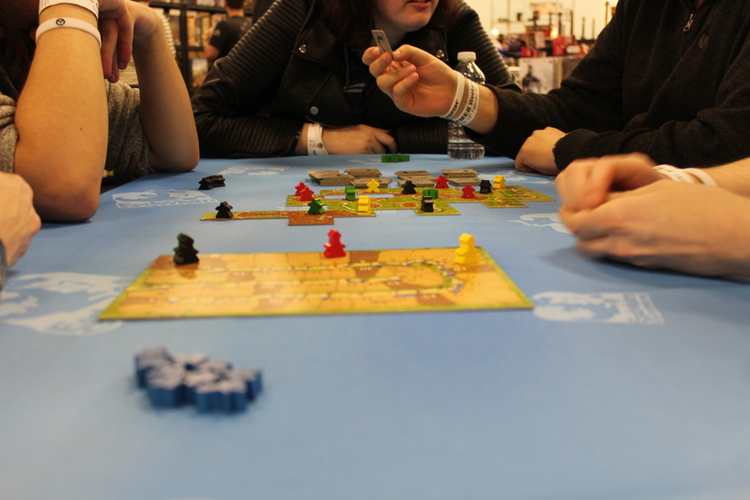 This was the first time I had demoed Raise Your Goblets and it was a lot of fun, if you’re not playing you can spy on the cups and wind the players up about what they may or may not be about to ‘drink’!

We were situated next to Games Quest who had a huge amount of games for sale, though after just coming back from Copenhagen I managed to resist for a change! 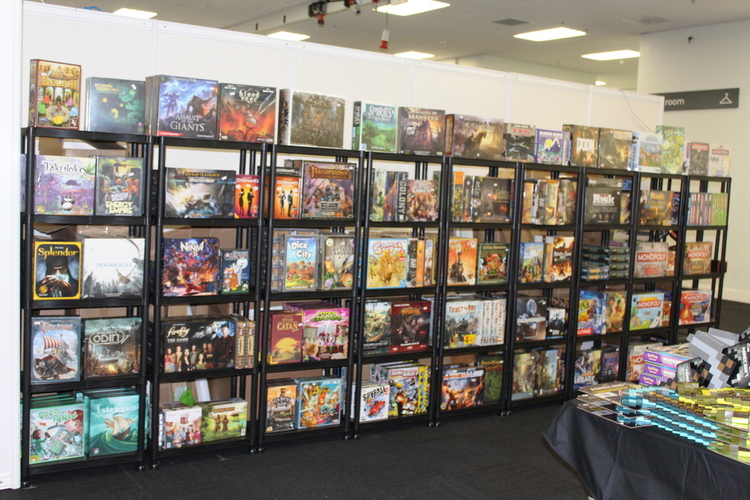 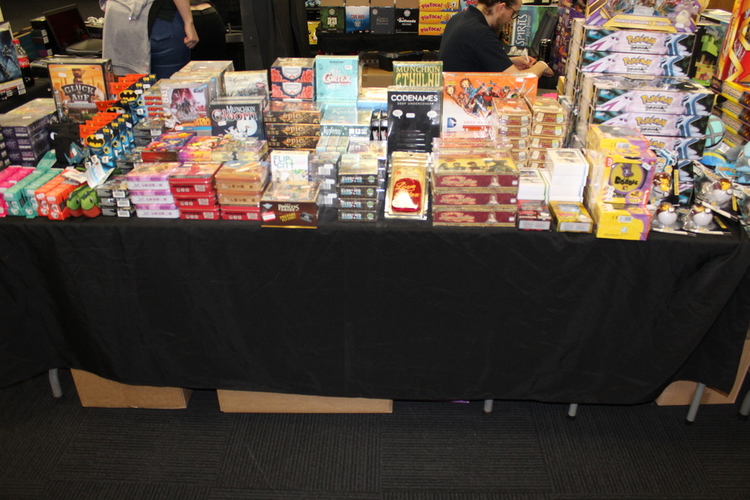 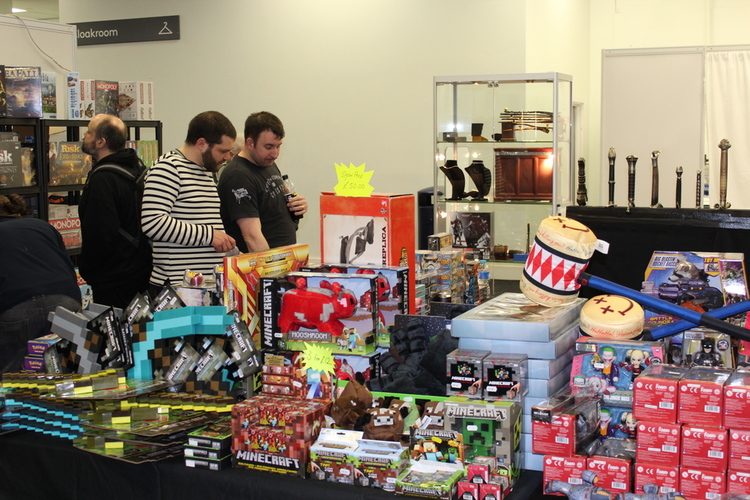 In the evening we all got together and played a few games though it was early(ish) to bed as we had another full day on Sunday.

Being that we were mostly set up and ready to go on Sunday morning we had some time to run round the show and look at what else was there, some of the guys had a quick trial on the VR machines. However, the highlight for me had to be the new Sonic game - Sonic Mania, I just about survived the first level and am very excited for the release of it! 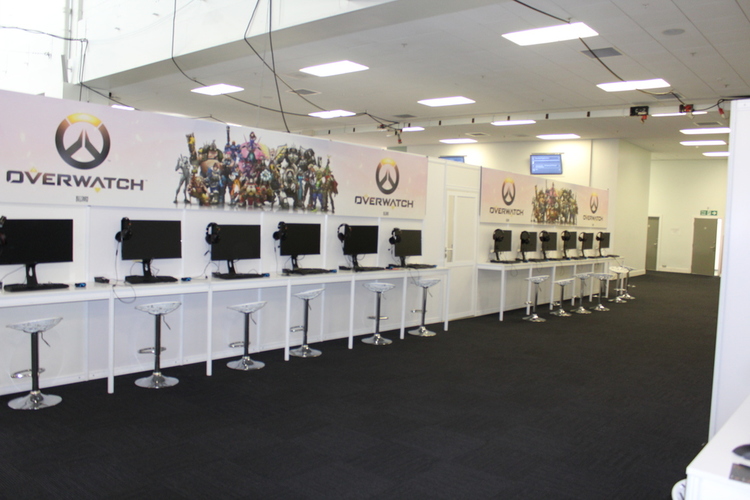 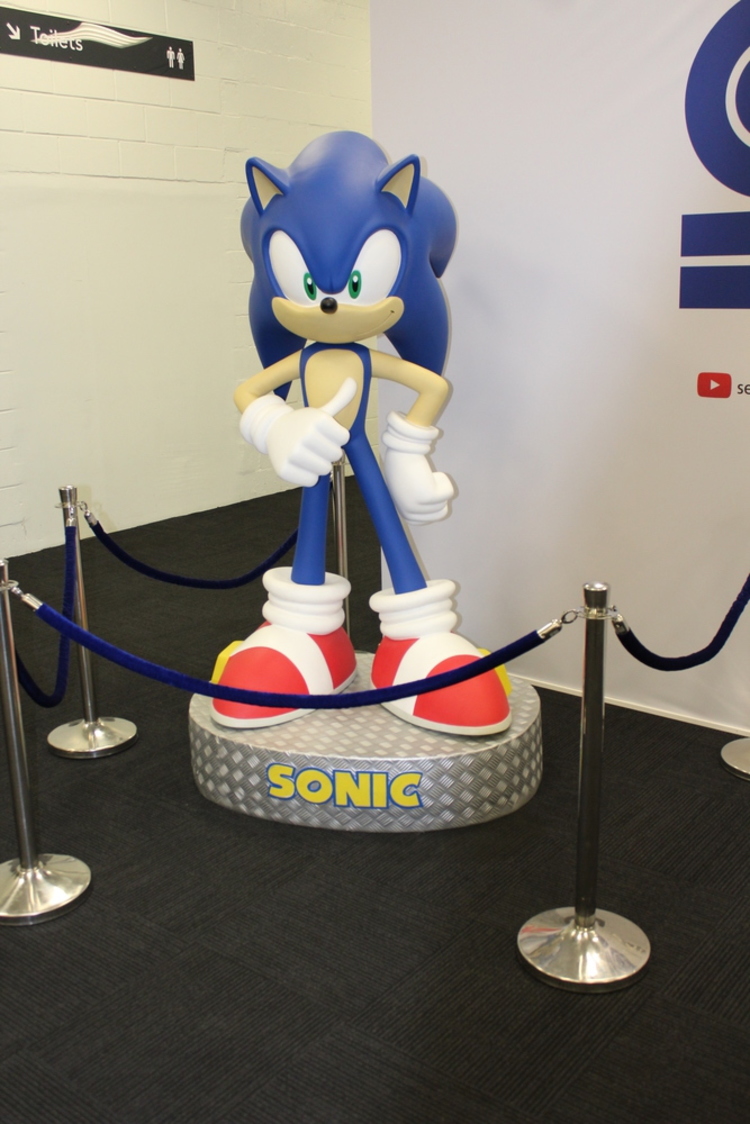 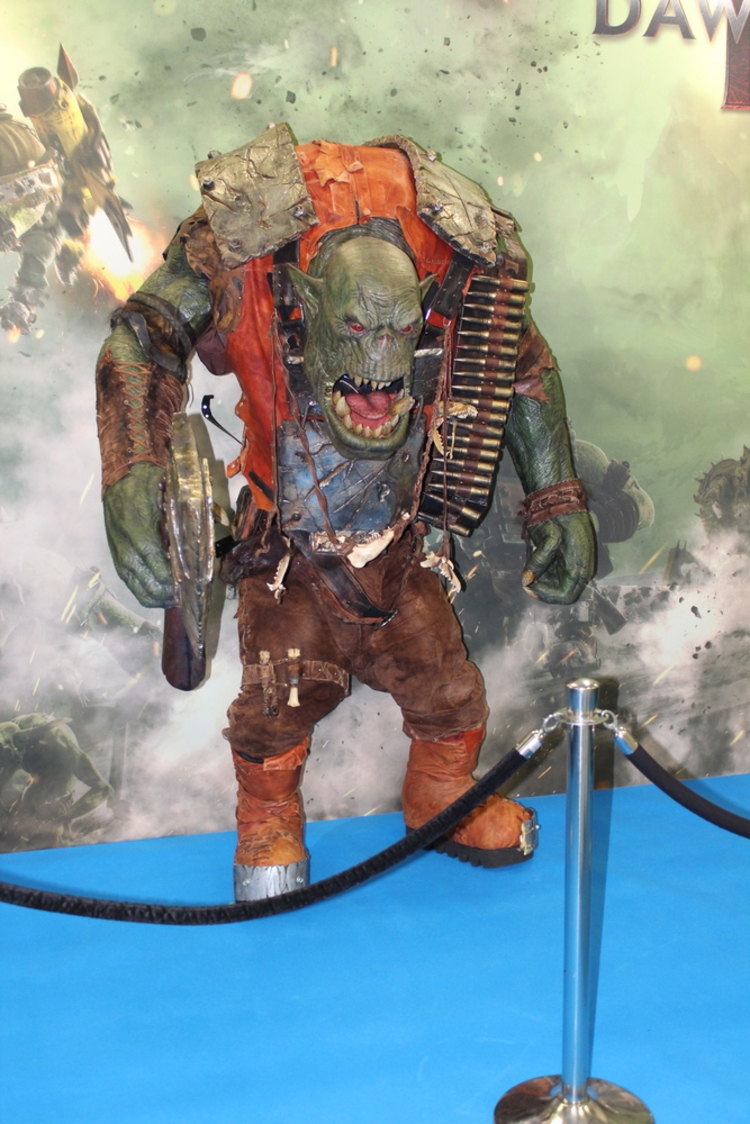 Orc from Dawn Of War III 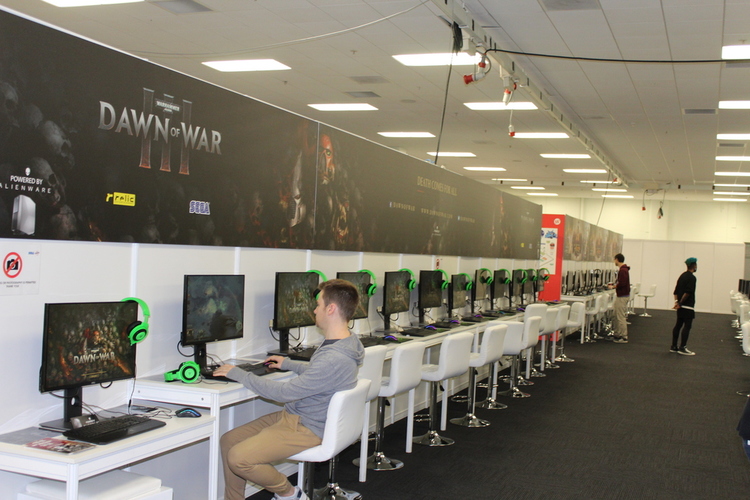 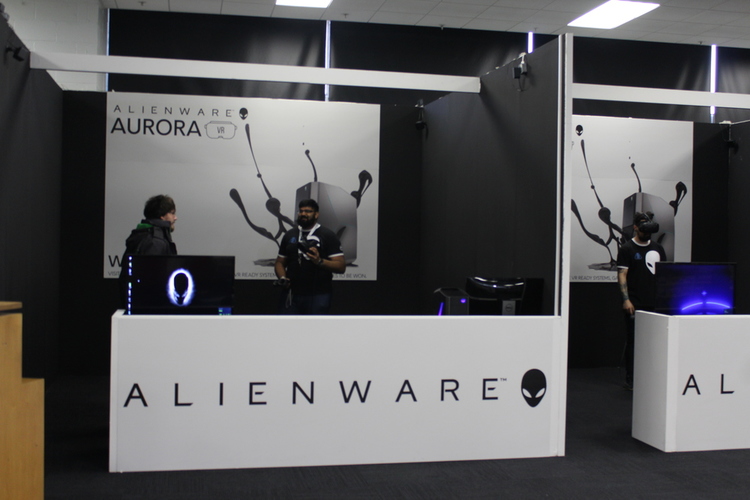 Then it was back to work, we had swapped out Potion Explosion for Colt Express today and had the beautiful play mat for it. Again, we had full tables for most of the day. Hopefully, we introduced some new people to board gaming and introduced some new games to people who aren’t just video gamers! 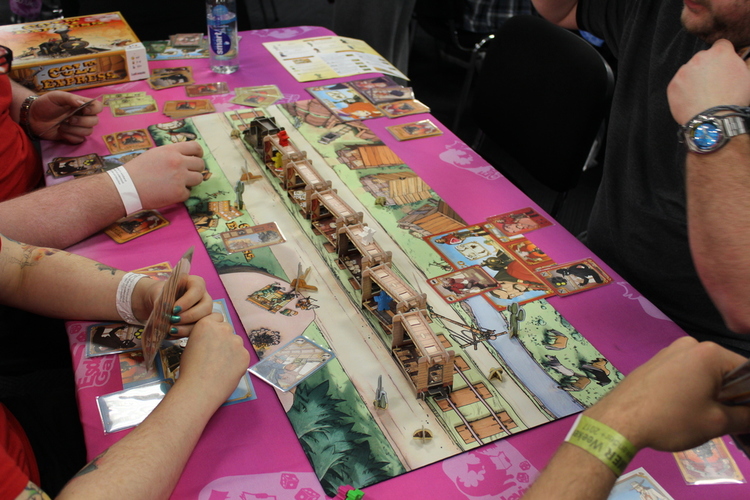