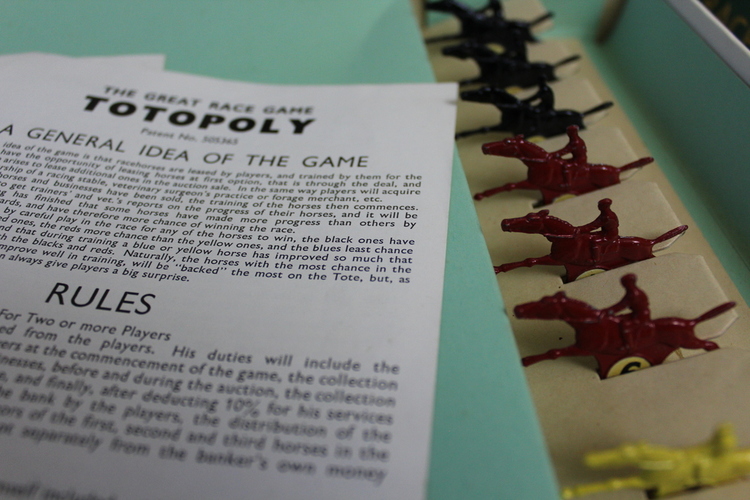 Recently there was a discussion on The Boardgame Group about the oldest game you owned and why you still kept it. I had a few contenders for this one but it was also an interesting opportunity to delve deeper into some of the games that are sat upstairs, unplayed for years!

My first obvious candidate was 1829. This was a surprise, random gift from my husband. As many of you know, I like a good 18XX game. This one is a little special, not only is this the first 18XX but it was produced the year I was born! It’s currently out of print too so a very neat addition to my collection. It also has relevance (surprisingly) to another game on this post! The other notable thing is that it is the first listed game on Heavy Cardboards OOP shirt! 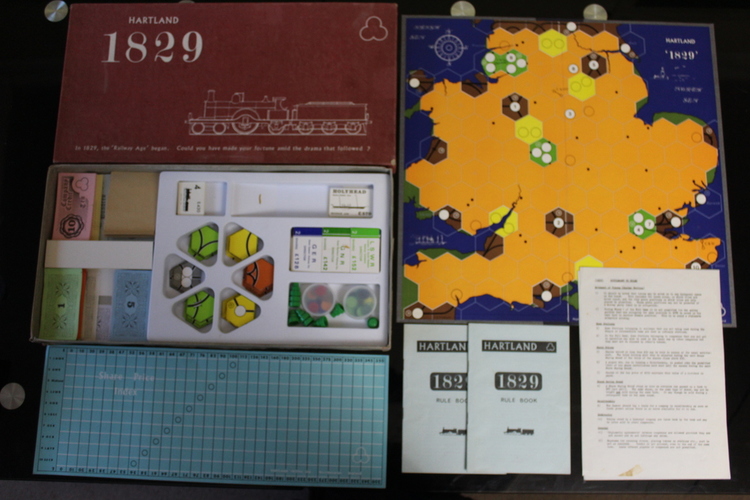 Not looking bad for 43 years old! (the game’s doing OK too!)

My next obvious choice would be some of the Risk boards I have. I spent many drunken nights playing Risk in my teens so have a real love for this game and love grabbing the older versions with slight map differences. I have two ‘old’ copies of Risk, looking these up it seems that one is from 1973 and the other 1963. We used to come back from our local rock club at 3am and start playing Risk, usually finishing either when people had to get to work or when people were falling asleep slumped over the board! Yes, we always played full world domination. So, at 54 years old we have a winner, right? Wrong! 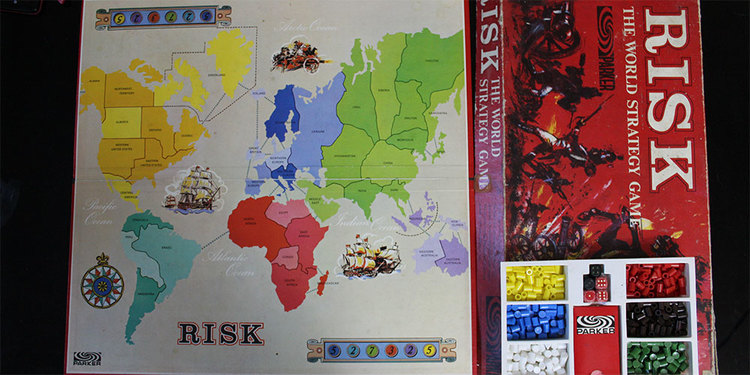 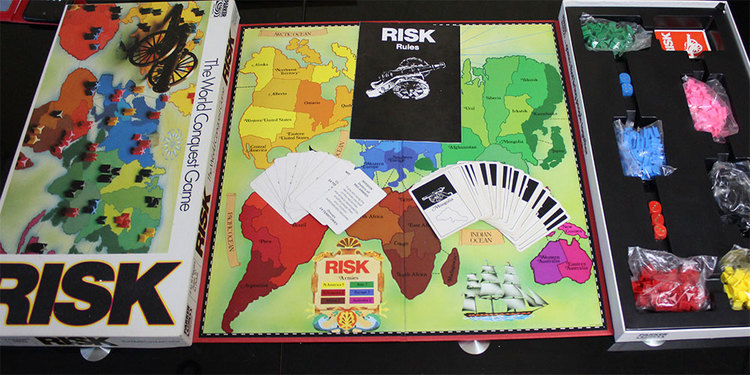 Now, I knew this was an old game but when the final result came in, I was shocked to say the least! My love of board games stems from my Grandma, every Sunday evening we would sit down and play games. Totopoly was a firm favourite with 10 year old me! I have a very dusty copy of this and it was the game I immediately went to when looking for ‘my oldest game’. No where on the rules/box/board does it have a date but my copy has the original (probably lead) metal horses that I loved as a child. So, off to BGG I went trying to date it, turns out Waddingtons went to plastic horses in 1967 so I knew my copy pre-dated that. Did we have a winner? With a bit of research and some google-fu I realised my copy is actually the 1949 release. This game is an amazing 68 years old! And here’s the killer, allegedly Francis Tresham (1829 designer) started designing games in an attempt to ‘fix’ Totopoly so we come full circle! 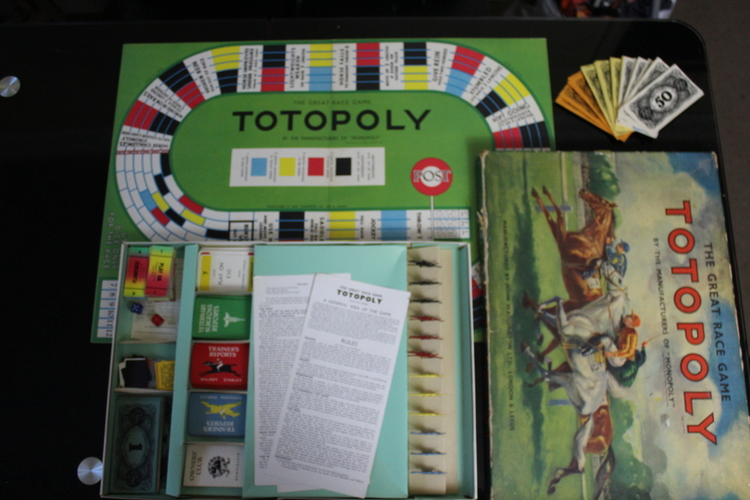 Yes, a bit battered on the outside by the components are still in beautiful condition!

What’s the oldest game in your collection, is there a reason for hanging onto it, do you still play it? Comment below! (Yes, we have just introduced a comments function!)