Posted on October 16, 2015 by Katrina Demeanour 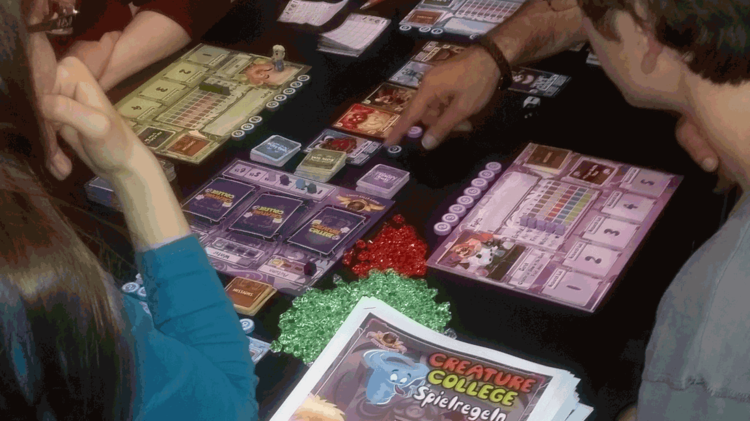 Wow, where to start! Back from our third trip to Essen, the biggest yet with over 162,000 visitors over the course of four days. Over 1000 new releases from forty one different countries. So, where to start? Obviously I am biased so I thought I should start my Essen reports with the best of British! There were over twenty independent games companies from the UK on show, but here are a few of my favourites!

Lords of War (from Black Box Games) were a force to be reckoned with in hall two with their huge banner and plenty of demo tables which were full every time I went past! They were there to display their usual array of products along with their new expansion which recently funded on Kickstarter. If you don't know , LoW is a two player fantasy card based skirmish game. They have fabulous art that just catches your eye from the start and draws you into the game. Each base pack contains two decks of cards with everything you need to start playing. The base packs are available in three sets: Orcs vs Dwarves, Templars vs Undead or Elves vs Lizardmen. Each race has it's own unique advantages (and disadvantages) and you can mix and match all races to make mercenary decks. There are also expansions for Orcs v Dwarves and Elves v Lizardmen that include magic users and monstrous beasts. Their beautiful artwork is also available on a larger scale on their beautiful play mats. Don't be fooled by this game, it packs a mean punch for a small game with a small price tag. It's easy to learn but tricky to master, making it one that all gamers can enjoy, especially those that like combat based games. Everything you need to play comes in a base pack for £12.99 on the Lords of War website, including free world wide shipping. 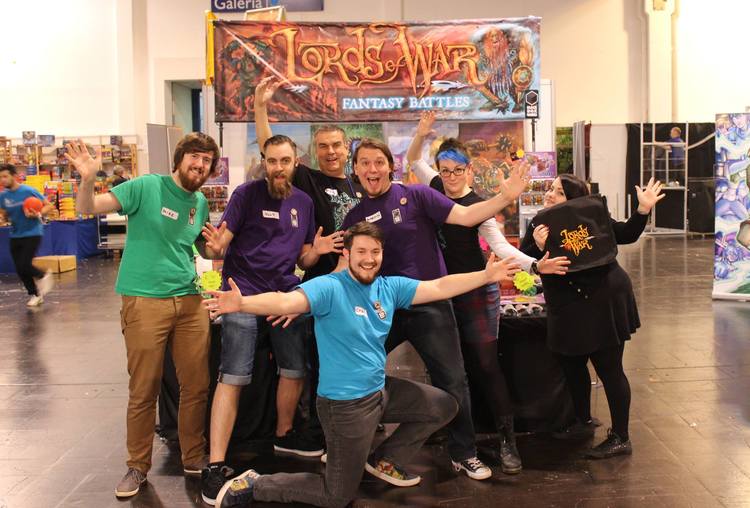 Creature College (from Happy Otter Games) has recently launched on Kickstarter and they are all about promoting and demoing this amazingly cute and well made game that has dragons, talking trees, were gerbils, teddy bears and really big guns. I really wanted to sit down and finally give this a go but still didn't manage to, however a lot of my friends did on my recommendation! Having not gone into production yet there are limited copies so only one demo table was available all weekend meaning Orhan was busy all weekend. He was also running a competition to win a copy of Tigris and Euphrates. Creature College is a game that both adults and children can enjoy (both my friend and her nine year old daughter enjoyed it!) In fact, they have just won the Father Geek award, only given to games that are great for children, parent and gamer geeks! The components are lovely and the artwork for the characters is amazing so, do yourself a favour and run over to KickStarter and back this one!

Now, onto some newer friends!

Big Potato Games have a range of very silly and fun games, suitable for children, a family meal or, better still, a drunken night of silliness! Their big title is Bucket of Doom which is essentially Snake Oil with a morbid twist, and it comes in a bright pink bucket! You are dealt out eight totally useless objects and have to come up with a scenario on how they would help you escape from a doom laden scenario. Card game meets story telling with a dollop of black humour. They also had Qwordie, a neat combination of word game and quiz game, each question has multiple answers, spell out the short ones for ease or the longer ones but risk dodgy spelling errors for extra points. Mr Listers Quiz Shootout s a quiz where every question has multiple answers and the aim is to be the last man standing with a correct answer up your sleeve. And, how could I forget the very silly Obama Llama? You have thirty seconds to mime or describe rhymes while your team guesses. What other game includes Tinkerbell going to hell, George Clooney doing a moony or Tom Cruise in platform shoes? Keep an eye on the walkthrough page for full details of some of their games! 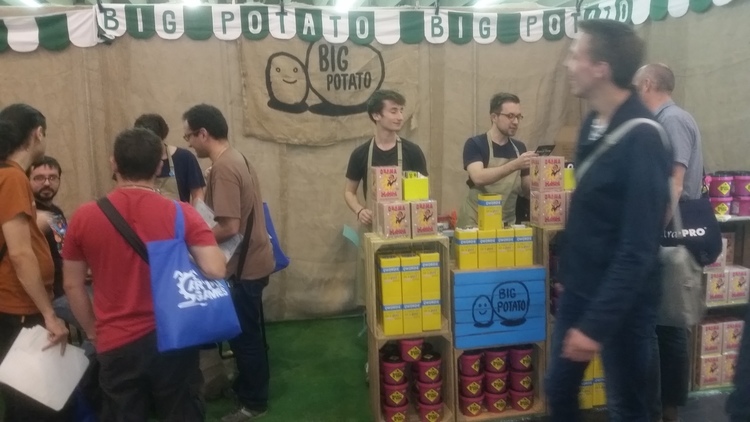 Osprey Games had two big titles on show at Spiel. They Come Unseen is a strategy game using bluffing and deception for two teams. One team uses submarines to sneak behind enemy lines and destroy vital targets while the other team uses surface fleets to hunt the subs down and protect supply lines. There are two boards, one for surface actions that is open to everyone and one for underwater movement visible only to the submarine commanders. I`m not a huge fan of war games but I have heard nothing but great things from this with people saying they had the same sense of claustrophobia the submarine captains must have felt. The title of theirs I am excited about is The King is Dead. While I did have this on pre order I noticed my FLGS had it in stock the day before we left for essen at a slightly lower price, so I will be grabbing it from there! Set in Britain in the chaotic period after King Arthur's death, players are members of the court trying to gain influence among the ranks. A leader must emerge and unite everyone, not through conquest but by diplomacy. I will be picking this up for sure! 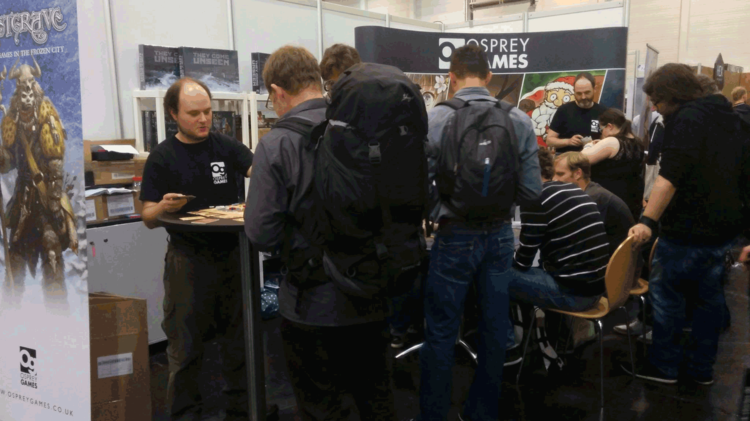 Guild Ball - we have been looking into this as there is a lot of people playing it our way so we went and looked at their stall. Great guys with a great sense of humour, but again, slightly cheaper at our FLGS so we will be picking some up from there for sure! (Though we may have picked up a few special treats from the stand as well!) 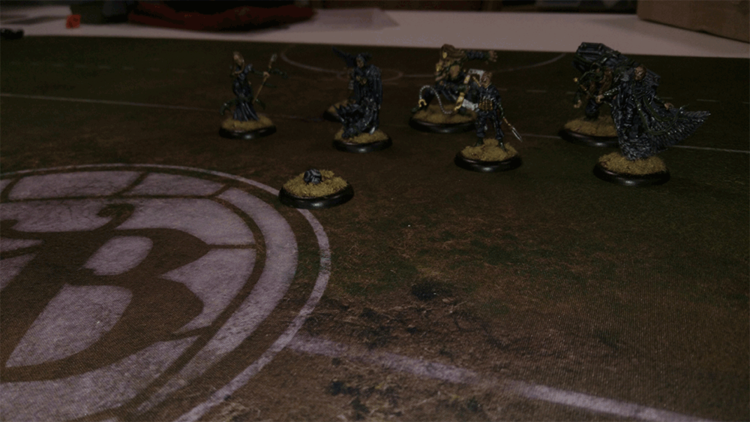 Battlefoam - having recently revisited Malifaux (now 2nd edition) I was looking at cases for my figures, they had an amazing case but only in brown. The lovely Jemma mentioned they also had it in red but only back at the warehouse, so we ordered one and am currently waiting for it to be delivered. So nice to see something other than the standard black and khaki colours available, can't wait for it to arrive! (There will be pictures for sure!) 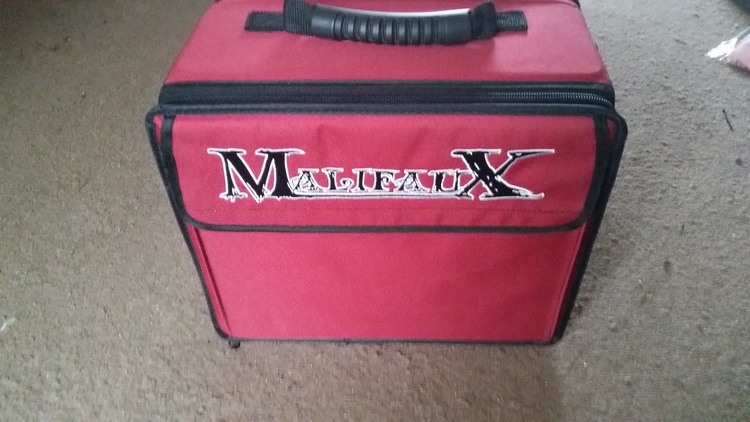 Now, tonight we go and play some of these new games we picked up so watch out for more blogs and walkthroughs all about essen!