Posted on December 03, 2015 by Katrina Demeanour 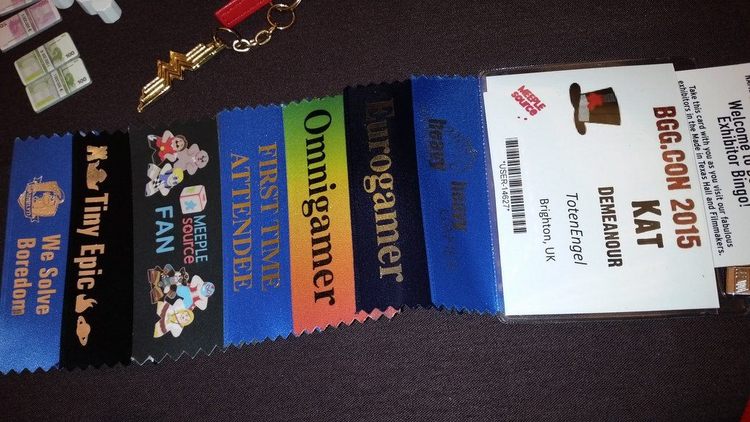 Back in March of this year someone told me about a post on the Women and Gaming forum on BGG.com entitled W&G Crazy Love Scholars. It was a scholarship program for women who wouldn't get a chance to go to BGG Con in Dallas. Well, I thought, nothing ventured, nothing gained and sent off a geek mail application. (Plus a lot of my online US friends nagged me to apply as it would be he perfect opportunity to meet up and play some games!) As you may know, if you follow my blog, I do go to a lot of conventions, but usually only because I am working. This, of course, means I have no gaming time during the day and then want to go and sleep in the evenings rather than stay up and pay games!

I'd almost forgotten about it when, in late April I received a geek mail stating I had been chosen. Wow! It took a few days to sink in then preparations began. I first applied for my ESTA , without that I wouldn't be going anywhere! After a nervous few weeks I got the all clear so preparations began in earnest. With only a month between returning from Essen and heading off to the states I was going to be having a hectic October/November!

I spent most of Summer like a giddy child looking forward to it, however, in the month lead up I did nothing but worry! How would I cope with a ten hour flight? (I had only ever flown within Europe before) How would America handle a crazy, red haired, tattooed Brit? Would I have enough/the right sort of clothes? Would there be any food choice for a veggie in Dallas? What would BGG con be like compared to other European cons, would the people be friendly, would the game choice be good?

I flew into Dallas the Monday before the Con started with Anna (another Brit on the same scholarship as me) We landed in Fort Worth with the intention of seeing some of Dallas before the convention started. However, we arrived at a hotel in downtown in he middle of a horrendous storm (bad even by our standards) Thunder, lightning and four inches of rain settling on the pavements meant we arrived knackered and soaked right through, fit pretty much for dinner and nothing else! 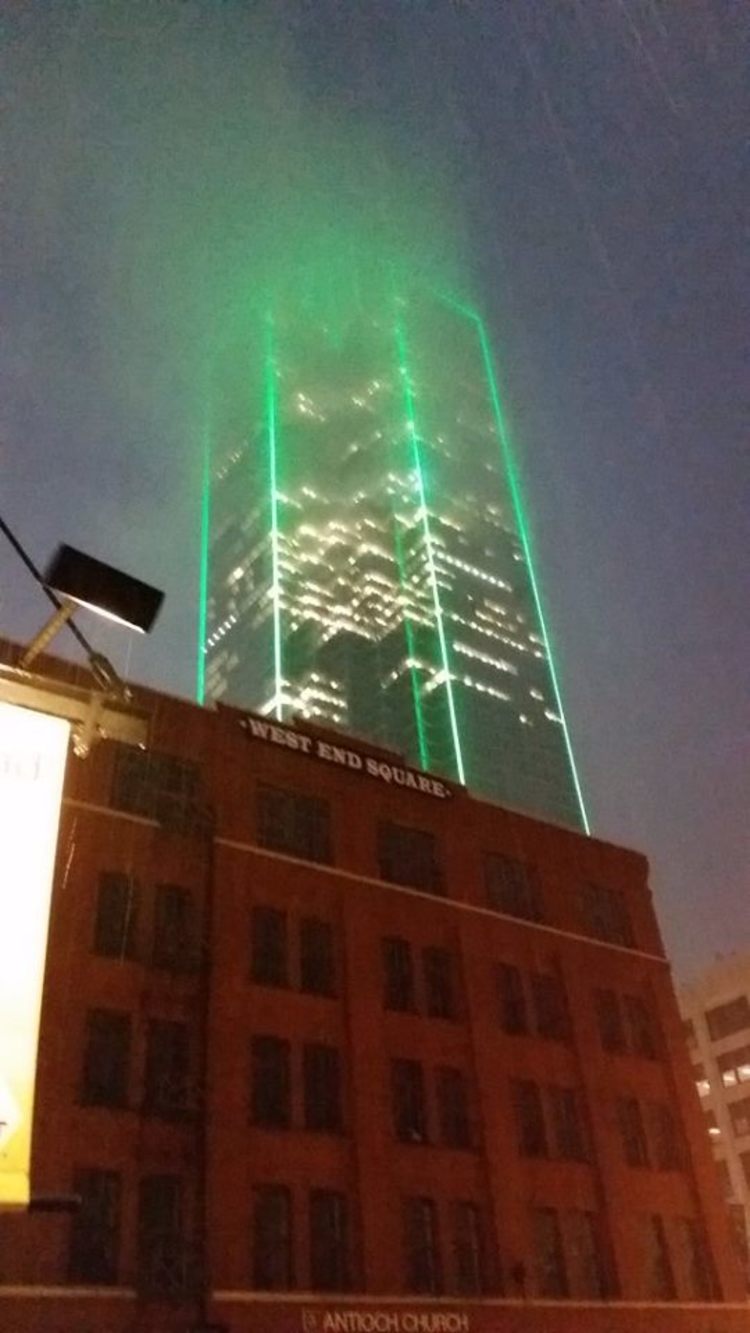 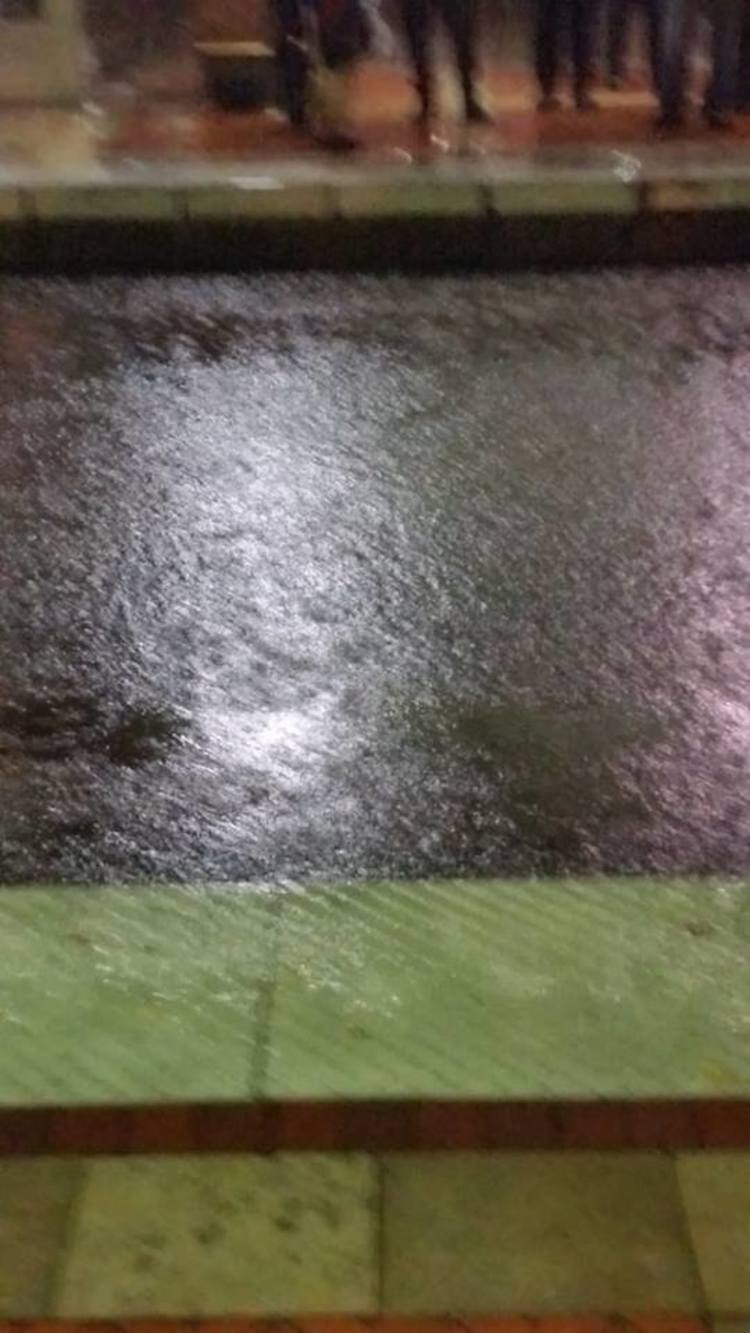 The next morning we found breakfast and got on a hotel shuttle bus to visit a mall (well, it had to be done!) After wandering round there for a bit we headed to the Hyatt Regency, the home of BGG Con and what would be our home for the coming week.

We checked in and my first call was the con library (which I had volunteered for a few shifts in during the week!) I was there to help unpack the games and load them on the shelves ready for the attendees.

It was great to meet some of Team Geek, have a look through the library and get an idea of the layout the day before registration.

After that I meet up with Mark Sierens who is a TBG member and had a chance to play his game Evil Genius: Deathray, a ridiculous, funny take that game. Then there was a quick chance to change while I waited for my fellow TBG admins to arrive. Once they had arrived and settled in we all went for dinner, as we finished up the rest of the scholarship girls arrived so I got to meet everyone briefly before they ate. We organised the room allocations (seven of us in two rooms meant we needed organising) At this point it was getting late so we just hung round and chatted about our plans or the con. Registration started at ten the next morning which meant we all wanted to be up early to see what free games would be up for grabs. I had learnt that evening that there would be four games for free and that some of the titles would be in very limited supply. 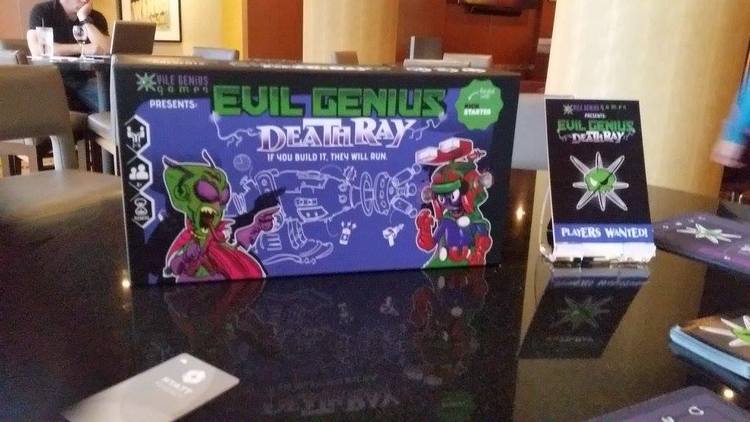 I actually woke up early on Wednesday morning, around 7am and decided to wander downstairs and see what the registration queue was like. I bumped into another Brit I knew and we decided to join the queue early. He had a copy of Codenames that he hadn't played yet so we cracked it open and I taught it to some people behind us in the queue. Playing that and chatting to people in the queue meant that time went quickly and it was soon time to get our registration badges and let the Con begin! I went straight to the trade halls to hit up Broken Token for some of their awesome inserts. Sadly, shipping to the UK makes them impractical to ship so I knew I wanted to make the most of it! 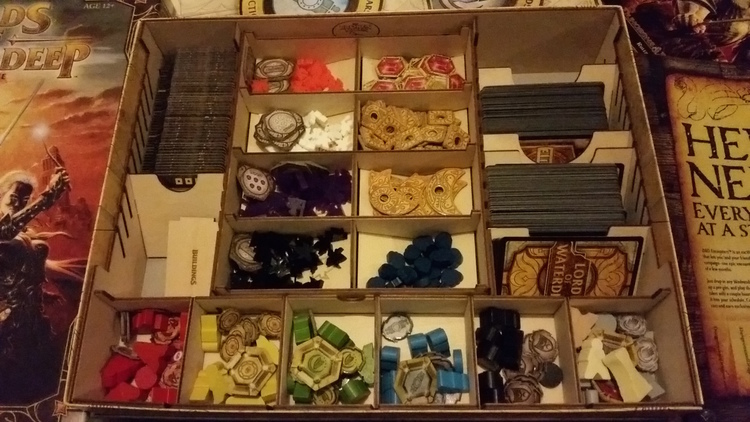 I picked up four inserts from them pus these awesome people meeples for Lords of Waterdeep. This, of course, meant some of our games could be condensed, giving us more room on the shelves so time for some shopping in the trade halls! After dumping off the days goodies I met up for a game of Euro Crisis. I had seen lots of people walking round Essen with this tucked under their arm so was intrigued. A game is played over three years divided into four quarters. Each player takes n the role of a bank trying to enrich themselves at the expense of struggling states. Actions are chosen simultaneously and then taken in turn order. With all four of us playing being lovers of tactical games this was great with a definite take that element, two of us being knocked out in the penultimate turn. Then, that evening it was time to get my TbG tattoo from the lovely Dre! Obviously, it had to go next to my meeple :) 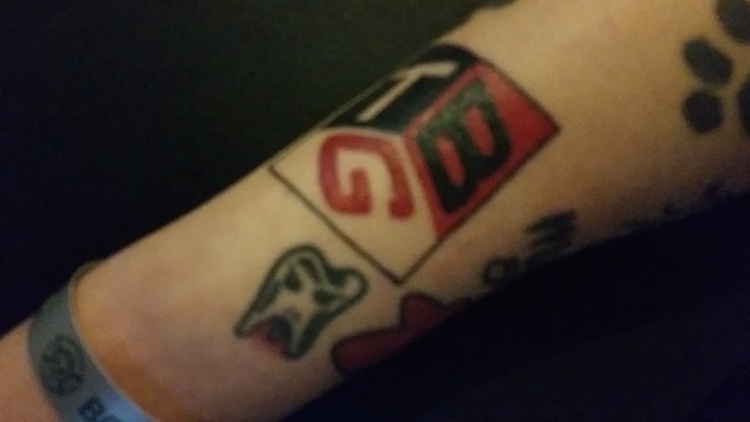 During the evening I managed to get in another game of Evil Genius: Deathray but mostly spent the time catching up with people.

Thursday morning I managed to get in on a game of Tiny Epic Westerns, the new micro game from Gamelyn games. As with their other games, it packs a powerful punch for such a small box. Their games seem to get better each time, this one combines worker placement with poker tactics and was great fun. In the evening it was the Heavy Cardboard meetup closely followed by the TBG one so it was mainly about socialising though I did get to play Neue Heimet and a couple of games of Deep Sea Adventure.

Early Friday morning I managed to get a demo game of Tesla Vs Edison in, this was great as I haven't had a chance to crack open my Kickstarter version yet. I also managed to get a demo game of Prodigals Club and Nefarious. Wandering around the play halls later I ended up teaching some people Grand Austria Hotel and played/taught another game of Prodigals Club while it was still fresh in my mind!

Saturday was the last full day of the con so we had lots of people meaning we played quite a few party games to include everyone, the old faithful Codenames came out again, along with the Unusual Suspects and a round of Port Royal.

Sunday, being the last day meant their were some bargains to be had in the trade halls and sadly meant saying goodbye to a lot of people. In the afternoon the lovely Janelle and Lynette (instigators of the whole Crazy Love scholarship program) took Anna and I on a tour of Dallas to see some of the sights. After that we went out for a great meal and had a chance to properly chat and catch up after the whirlwind that had been the Con. 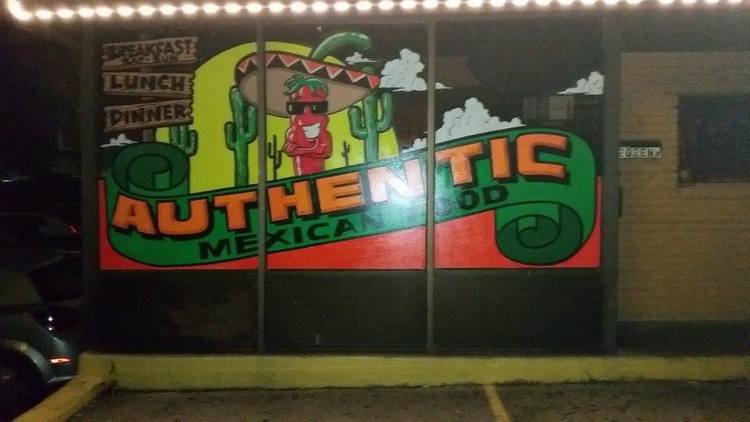 Monday was a panic to get to the post office to send out my TBG secret santa and check out of the hotel. On initial weigh in my hold luggage was a huge 6kg (13lbs) overweight so most of the morning was spent sprawled out across the hotel lobby trying to juggle packing so I didn't have to pay a $100 surcharge! After a couple of hours, a lot of throwing away of non essential items, I managed to come in exactly on weight so our trip home began! We left Dallas Fort Worth at around 6.30pm and landed back in London at 10.30am Tuesday morning. 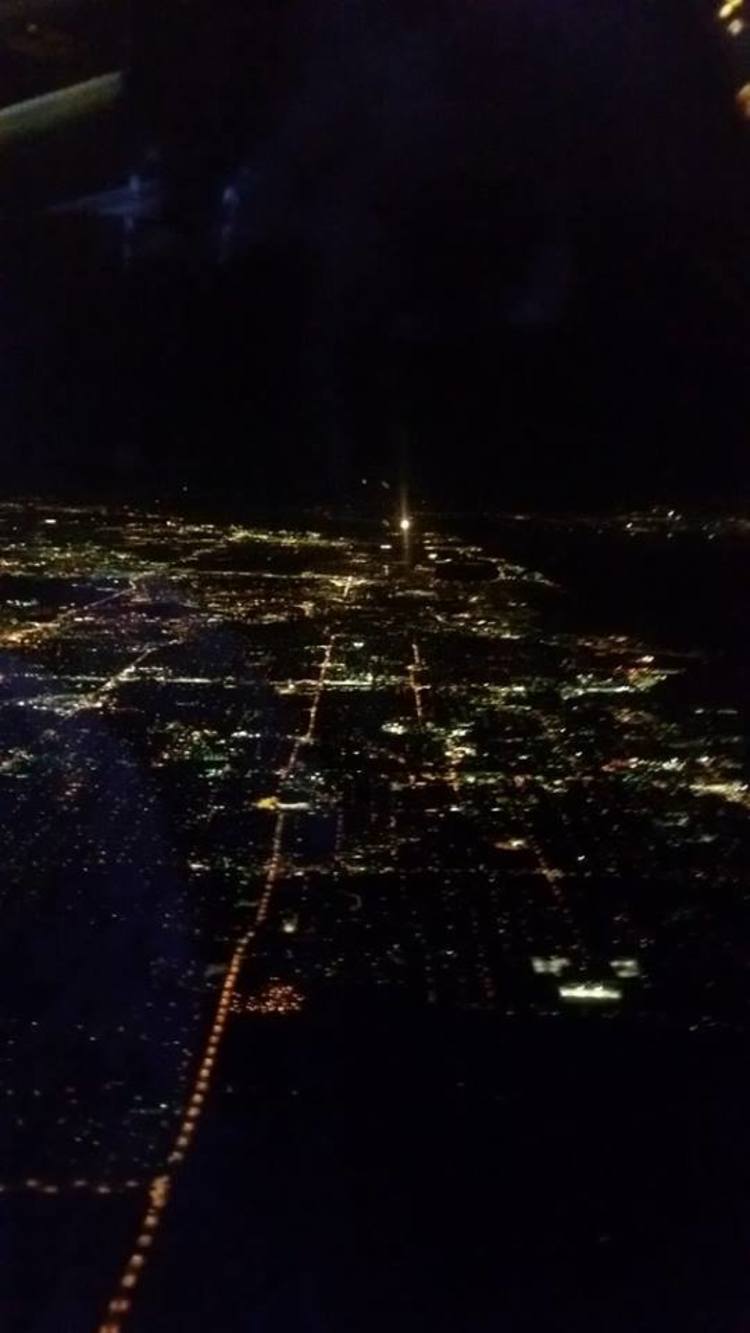 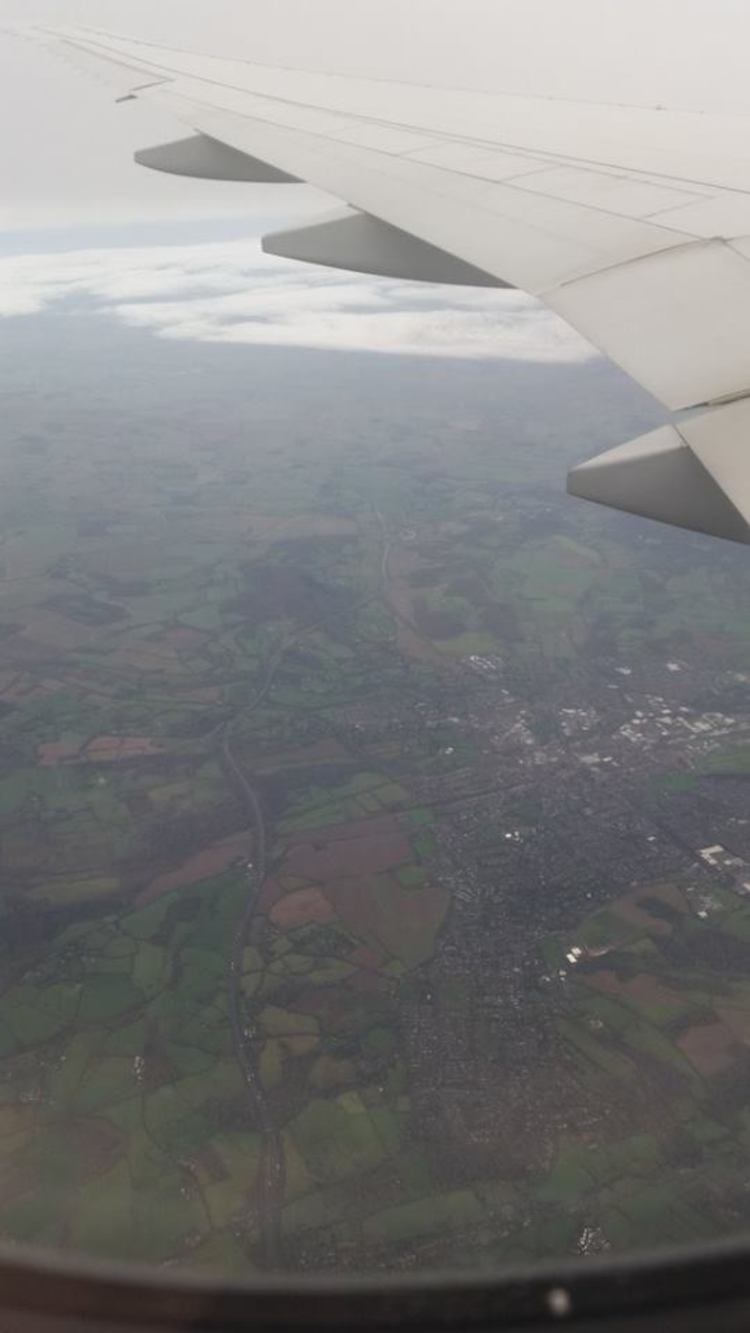 All in all, this was an amazing experience, unlike any convention I have previously been to (partly as I wasn't working!) Everyone I meet was amazing, friendly and happy to game until 4am! Obviously, the 24 hour Starbucks helped and became a regular pitstop over the week. Obviously, I didn't play as many games as I wanted to but I met so many brilliant people and had a great time that even this many words can't do the experience justice!