Posted on January 05, 2017 by Katrina Demeanour 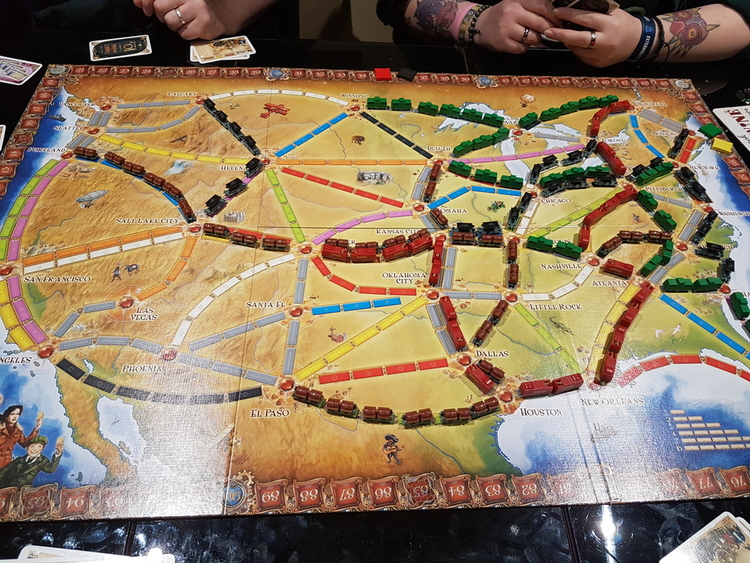 I love a good challenge, so I really love the gaming challenges!

Last year, I set out to reduce my ‘shelf of shame’ (aka the unplayed games list!) At the start of the year there were a monster 87 games on that list. Over the course of 2016 we played 89 games that were brand new to us. Pretty good going, huh? However, our unplayed list stands at 90 now. Any mathematician will tell you there’s something wrong with those numbers, however, any gamer will understand… I buy too many games! From the original 87 games there are 38 that are still unplayed, but then again we only have two unplayed Christmas gifts out of the six we got between us.

Overall, I shall be considering this challenge a success as we did play more than 87 new games, however those 38 games will be getting priority! I’ll be keeping our ‘unplayed’ list going as an interesting project and to either make me play some of the titles on it or to slow down my buying!

I really like the idea of the 10 by 10 challenge as it helps you form new strategies for games or helps you weed them out of the collection if they start getting tired after that many plays so we may undertake that this year, however our definite challenge for the year will be…..

One hundred train games! That is, one hundred plays of any games that involve trains. If you had told me years ago that my favourite games would involve trains or farming I would have laughed at you. However, these days they are firm favourites in our house! It’s also an excuse to get some of the heavier games to the table such as Age of Steam and some 18XX.

To start the year and challenge off in (big) style we cracked out the giant Ticket to Ride anniversary edition on Monday evening. I always forget just how beautiful this set is!

Nice, simple game to start, right? Wrong! Despite there only being four of us on a potentially five player board we all managed to pick starting tickets that were on top of each other meaning the entire right hand side of the board was a struggle with the constant fear of being blocked out. So much for the easy start! Still, the other 99 can’t be that hard, can they?