Posted on December 13, 2016 by Katrina Demeanour 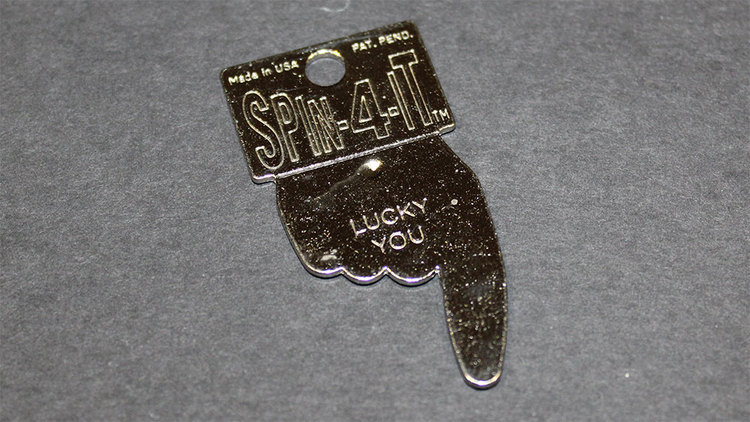 We all know that playing games involves a lot of decision making. Do you ever stop to think of the decisions that you make before you start play?

If you are hosting a games evening when and where will it be? Who will you invite? In our house we have to decide who gets the rickety chair!

Will people eat before or should you provide snacks? Does the group want to order food later, together? What about drinks?

This is all before people even meet up. Once you’re all settled at your gaming location, here comes your next decision - what to play? Sometimes, the number of players limits your choices and it can be an easy decision to make. What happens is you have a group of five people, four of whom love Euros and the fifth player doesn’t? Again, your decision can be made tougher/easier depending on who is in your group. If you have a huge group, then it’s obviously going to be a ‘party game’, something that can involve everyone.

Our regular group now has a ‘pot’. It all started with each of us putting four games on scraps of paper into the pot. When we meet up, we draw one at random and that is what we start by playing. Whoever wins that game gets to put another game in the pot and draw the next choice. It’s nice having a ‘reward’ for winning.

So, you’ve got your group together, you’re all seated, you’ve chosen your game, now - who goes first? Most games have got some sort of decider, usually the oldest or youngest player, but if you play with the same group this gets repetitive. You could always roll a dice, but then, my dice pot is the other side of the room from the gaming table. Rock, paper, scissors just gets frustrating when you’re on the eighth draw! We did buy a copy of Z-Mans ‘Start Player’ which can be fun, it’s simply a deck of 54 cards with random methods of determining starting player. Eg The person who has visited the most countries or The player with the most cats (I like this one!) It also comes with a rather neat oversized ‘Start Player’ meeple. At this time of year, it’s a great ‘stocking’ filler for a gaming friend too! 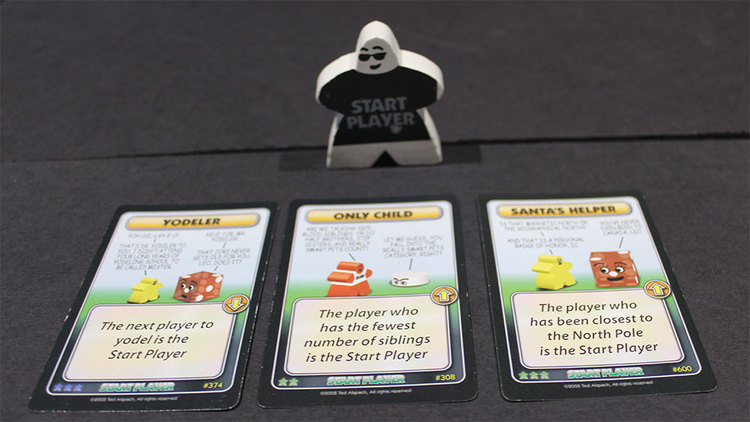 We instead end up using the ‘Start Player’ app on Android, supports up to 6 players and is free to download. It’s easy, a bit silly and will not only pick start player but also turn order for you. https://play.google.com/store/apps/details?id=co.ninjan.startplayer 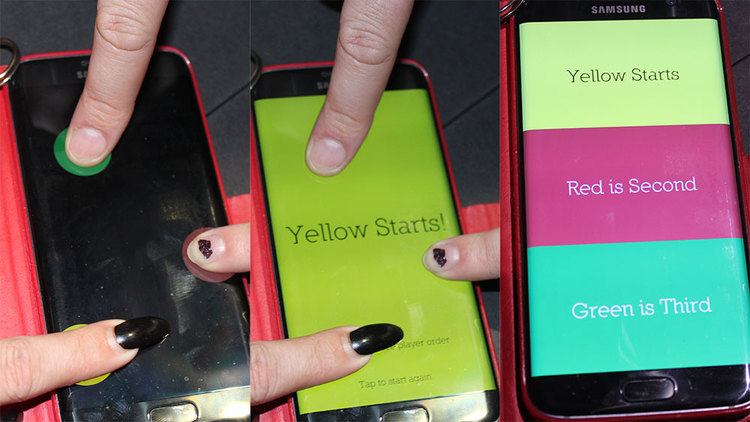 But wait! I got a Secret Santa gift that was sent through Games Surplus in the US that came with this awesome little start player spinner.

Now, how will we decide how to choose start player?