Posted on October 02, 2015 by Katrina Demeanour

For those of you who don't know - do you live under a rock? Essen Spiel 2015 is rapidly approaching.

Spiel in Essen is the Worlds biggest board game event with over 150,000 people expected through the doors over a four day period. With just five days until we get on a plane headed for Germany, I thought I should give you a little taste of what's to come!

This will be my third year at Spiel and the first one I have been organised enough to look at what I might want in advance! Today I am going to give you a run down on my pre-ordered items!

7 Wonders: Duel - This was always a 'must-have' despite my general ambivalence towards 2 player games,mainly as they just don't get enough play here! Essen this year seems to be the year of the Expansion (something I will discuss in the coming days!) 7 Wonders is just a great all round solid game with so many great elements: card drafting, city building, warfare, trading, it really does have a bit of everything. I cannot wait to see how this plays!

More ca$h and more guns - This is a game I demo a lot and I still never get bored with it, both playing it and running it! One of the best 'party games' out there and one of few games that doesn't slow down with a lot of players (the original game goes up to 8 players) besides, who doesn't love waving around foam guns?! This expansion comes with four new foam guns, new loot cards and more special abilities. I can't wait! 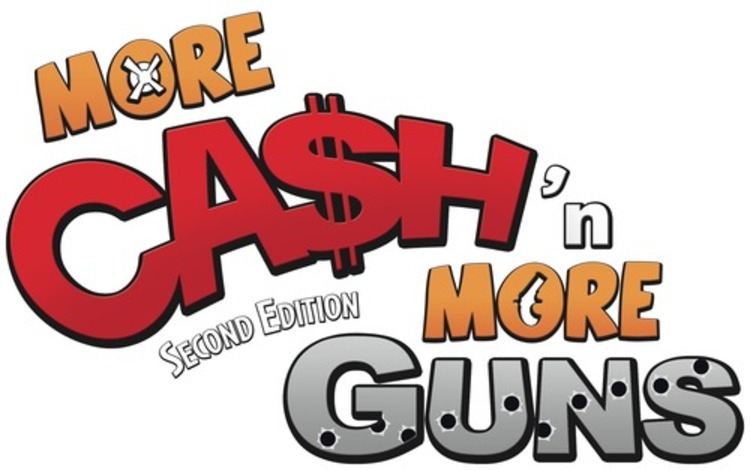 Codenames - There has been a lot of hype around this since GenCon where it was a massive hit. From what I have read it seems like a cross between minesweeper/mastermind and some other deduction games I can't think of right now! Party games don't get too much play in our house but I figured for é15 it was worth seeing what all the fuss was about and if we don't like it I am sure there will be plenty of people willing to take it off our hands! 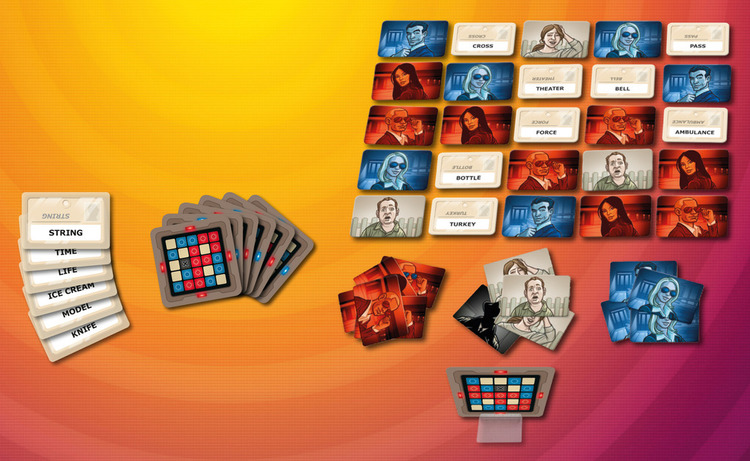 The Prodigals Club - First off, a confession - I am a child of the 80s, I love cheesy 80s films, including 'Brewsters Millions', hence why I HAD to own Last Will. In The Prodigals Club, you can choose to loose an election, get rid of all your possessions or offend the most influential people in society. This sounds great fun! Prodigals Club is thematically similar and can be combined with Last Will for a mega 'loose it all' game.

The King is Dead - Politics and power struggles in Britain, yes please! Set after the death of King Arthur, players are members of the court using power to gain influence, winning control by diplomacy rather than conquest. This game hits the sweet spot time wise (30-50 minutes) and looks lovely. Also, an absolute bargain at 24 euros. Think this will get a lot of play in our house. 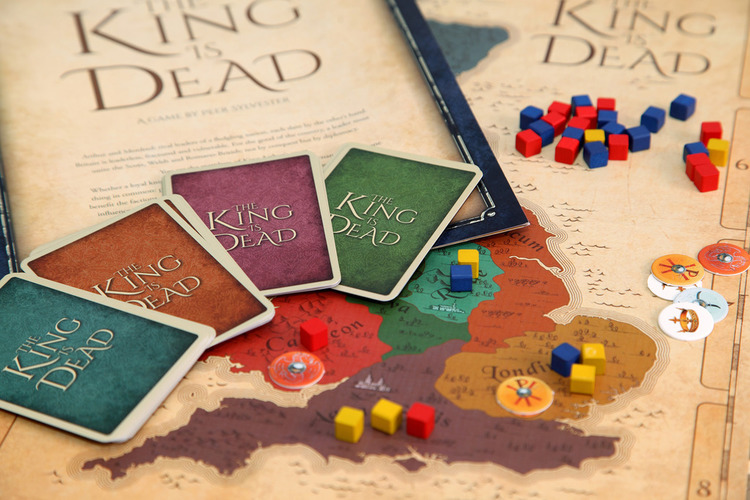 Thrash 'n' Roll - OK, I admit I know very little about the game play on this, but the theme appeals. You have to train your band members, play gigs, record albums etc in an attempt to gain as much fame as possible over 6-8 rounds, all whilst banging your head! (I may have made that last bit up) It's the theme alone that appeals to me on this one so I'd really like to see the game play before commiting to it. 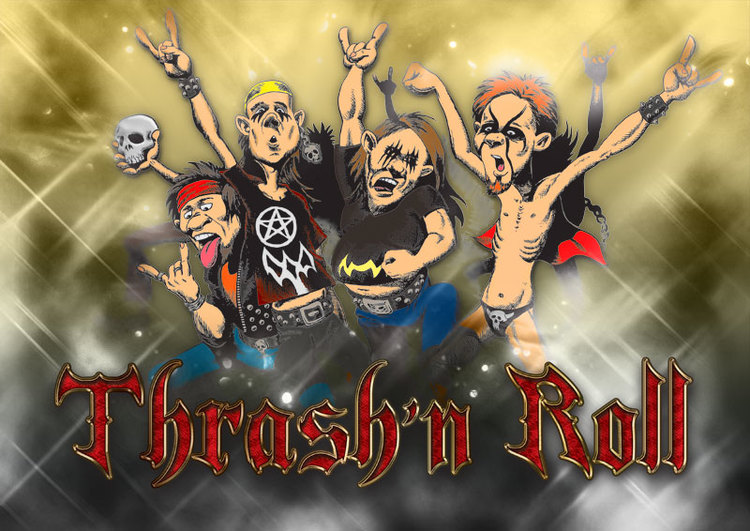 Signoire - Another power and political struggle game, this time as the head of a Renaissance period family. Dice are rolled at the start of the round and chosen one at a time by players. Higher valued dice means paying less for your actions but lower value dice means rewards at the end of the round. I've only just realised this is pre-order only but I suspect I may come home with it! 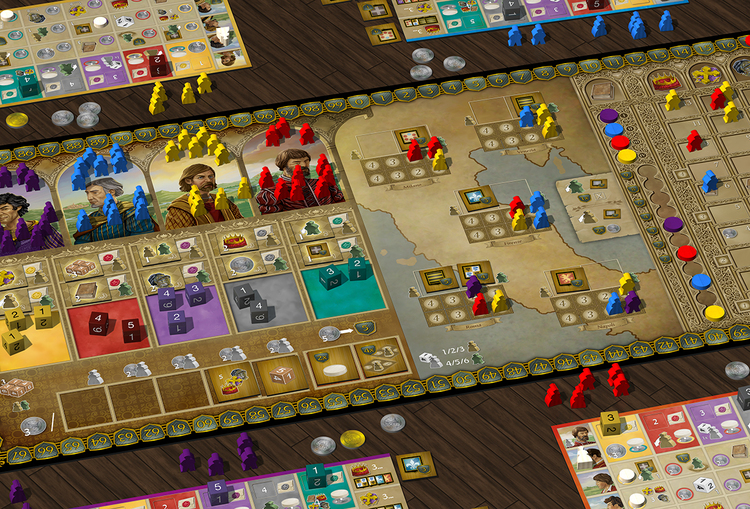 That's all for today folks, but I shall be writing up stuff every day between now and when we go, there's so much stuff I'm excited for it's impossible to fit it all in just one post.