Games You Should Play Over Christmas

Posted on December 22, 2015 by Katrina Demeanour 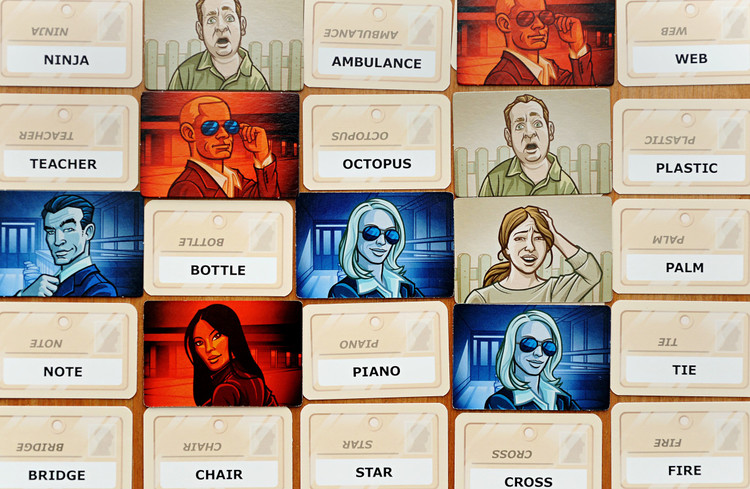 I have to admit I read about this prior to release and felt a little underwhelmed and unsure if this game would get any play with our group. I picked a copy of it up in October and it has rapidly become our most played game of 2015!

The premise is simple. Twenty five cards are laid out on the table, each card has a single word on it. Two players take on the role of Spymasters and they know the secret identity of all 25 agents. Using single word clues they must get their team to identify the agents on their team. The rival spymaster needs to do the same first. Both teams need to avoid guessing the opponents cards, but must also beware of the assassin hidden on the table else itis game over for them! Sounds simple, right? This has been described as the quietest party game you will ever play and after one round you will understand why! As a spymaster it can be infuriating as your team comes up with answers you'd never imagine! (I gave my team the clue 'dinner, three words' wanting them to guess jacket, plate and time, instead they answered with ice cream!)

Great (and frustrating!) fun for all ages and gamer abilities. 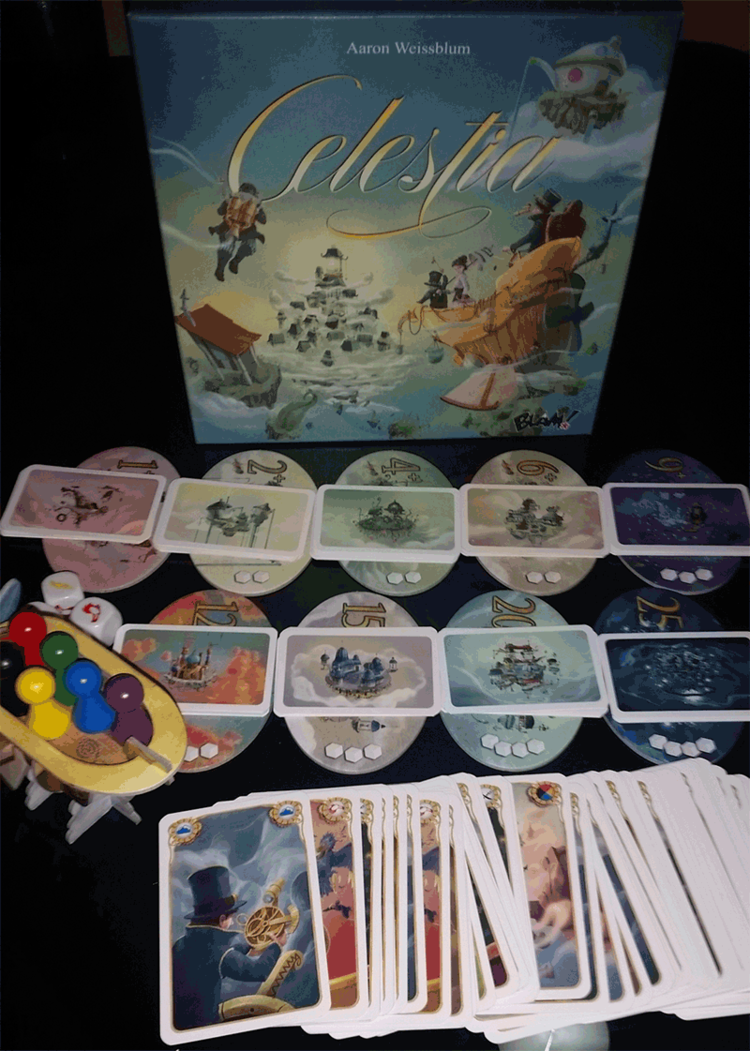 I'm a sucker for games that look beautiful, I admit, but this not only looks beautiful but also has great game play. This is a push your luck game where everyone takes turns piloting a skyboat. When you are the captain you roll the dice and see if you can match the symbols on the dice with the cards in your hand. The passengers (other players) decide if they think you can match and stay in the boat or decide to abandon ship if they don't think the captain can do it. Each stop grants you points if you jump out in time, increasing as you go further up the line. Of course, if the captain fails and you are still in the ship you crash and burn with him, get no points and go back to the start again.

Again, this is a pretty easy game, but has enough strategy and fun for the most seasoned gamer. The looks alone are enough to get anyone interested! 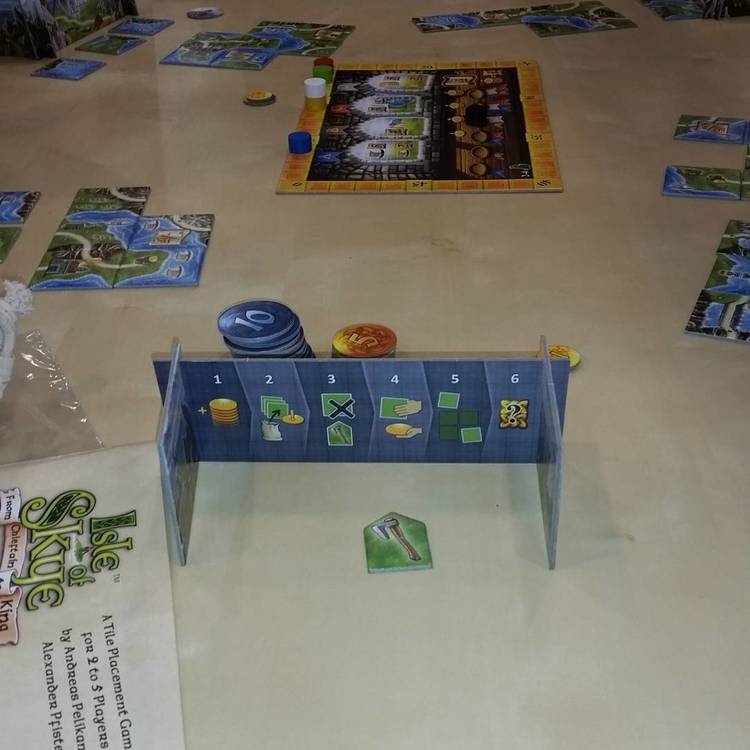 Yes, it's another tile placement game but this one has a lot to make it quite different from any that have gone before. Each round you will draw three tiles and secretly decide what to do with them. One, you will decide to discard straight away, the other two you will put a price on. Beginning with the start player, everyone has a chance to buy a tile from someone else, at the price they have set. Then, if no one has bought your tiles you can buy them (again, at the price you set at the start of the round). Any tiles you have at the end of the round you then use to build your clans territory. There are four scoring tiles that are picked randomly at the start of the game (if playing with non gamers or younger players, the more complex ones can be left out). At the end of each round you will score one, two or three of these tiles. At the end of the round you will also gain coins depending on how many barrels of whiskey connect to your city ( this is based in the Scottish Highlands after all!)

This has a lot of features that regular gamers will be familiar with but i love the idea of naming your price on each tile. There are a total of sixteen scoring tiles that can be used with four randomly chosen for each game, meaning you'll never play the same game twice. 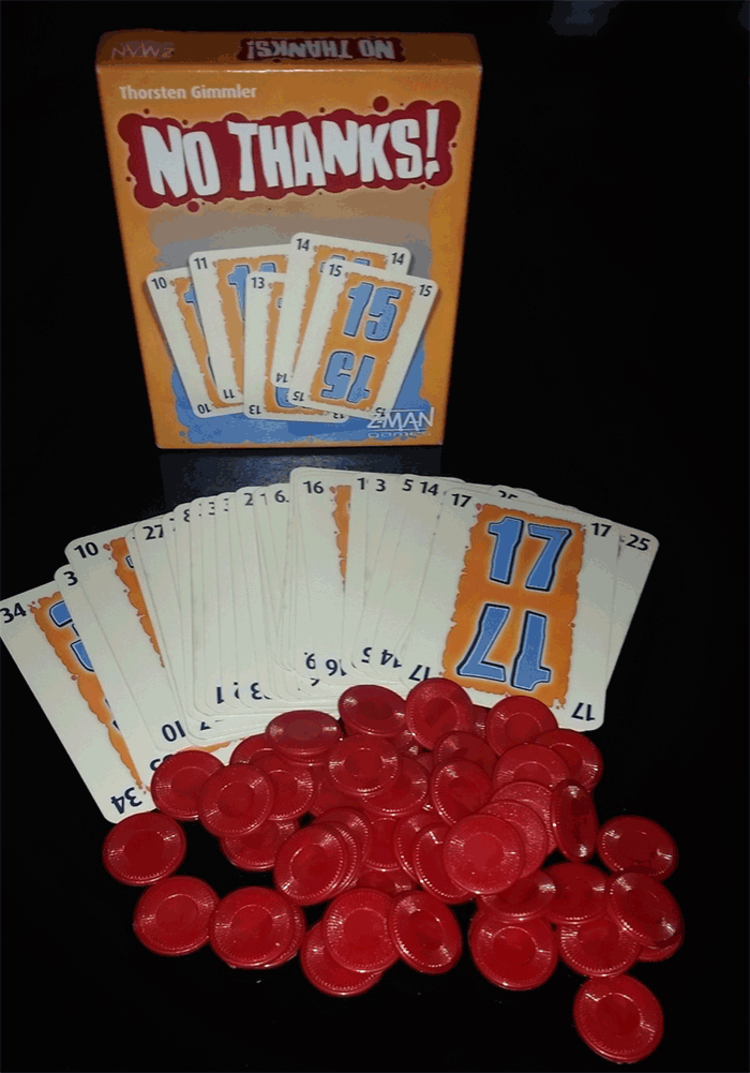 This is a great little game that is small enough to chuck in your bag, glove box and take anywhere. Its also small and quick enough to play anywhere. It is played with a deck of cards numbered 3 to 35.

Each turn you have one of two options, either play one of your chips to avoid picking up the face up card or pick up the face up card, along with any chips that have been placed on it. The aim is to get the lowest possible score, each card counts for its face value but runs of two or more cards only count for the lowest score, however, nine cards are removed at the start of the game so you aren't always guaranteed to find the connecting card you need. Chips are worth minus 1 point at the end of the game but can be even more valuable when trying to dodge an unwanted card.

The joy of this game is in it's sheer simplicity, however, beware of taking too many cards in order to block opponents!

These are just a few of my favourites for playing with family and/or non gamers that are simple enough to teach quickly while still being fun for the heaviest of gamers. They're also all small enough to easily pop in a bag to carry anywhere.

Hope everyone has a great Christmas with lots of gaming time, i have a 24 hour games marathon planned between Christmas and New Year in an attempt to catch up with some of the unopened boxes on my shelf!