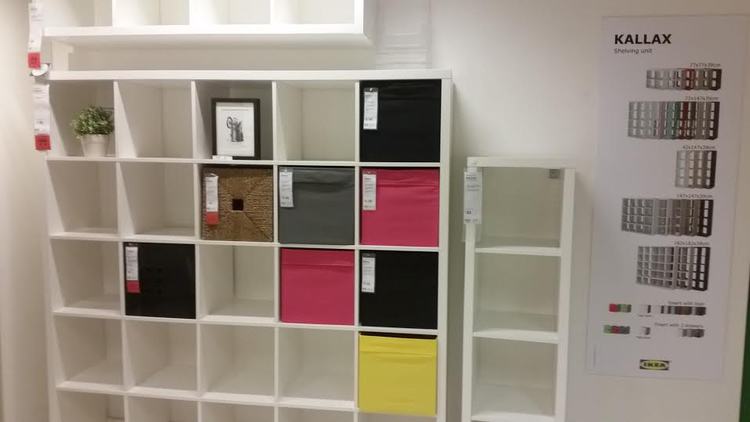 So, what is that one essential item all gamers need? A d20, gaming table, gaming group? The one thing we all need is a decent storage solution!

We moved house four years ago which was a perfect opportunity to re evaluate our storage. We had a carpenter friend build us some shelves in a floor to ceiling alcove in our front room. This worked brilliantly, for a while! The cupboard next to it was our next target and that space was quickly filled, then all those little games that were getting lost and buried got moved into their own shelf. Then the piles started, on top of another unit, by the side of the TV, and then in front of the shelves. We then got to the point where the piles in front of the shelves were half as tall as the floor to ceiling shelves! Sadly, this meant more and more gems were getting buried and forgotten about.

Our trouble then comes as we are not only board game fans but also big film fans so half our front room is DVD shelves!

Time for a total rethink! Then I started seeing lots of shelfies, all on various sized 'Kallax' shelves from Ikea. So, obviously we had to go investigate. I think these shelves were designed for vinyls (for those of you old enough to remember that!) This also makes them perfect box size.

The Kallax range comes in various colours and sizes, sadly only the smaller units came in the bright red! 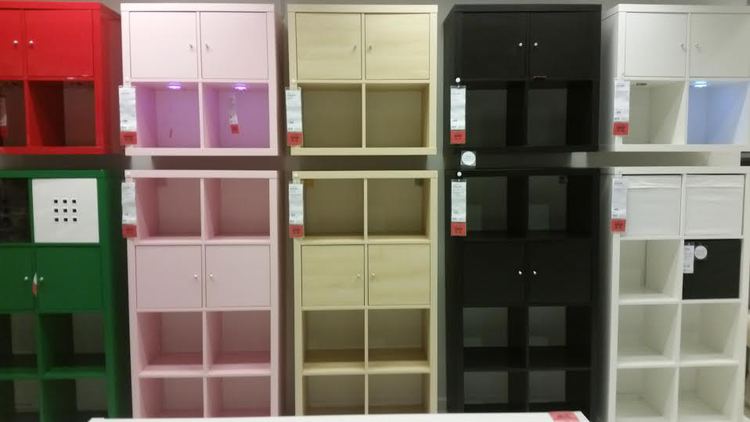 Off we went to Ikea and grabbed the biggest of the units they did, five cubes by five. It was late when we got back so the logistics had to wait for another night!

So, we started by emptying the current board game shelves (no mean feat) and our poor table was bowing under the weight. Precarious piles and inquisitive cats meant they couldn't stay like that for long. 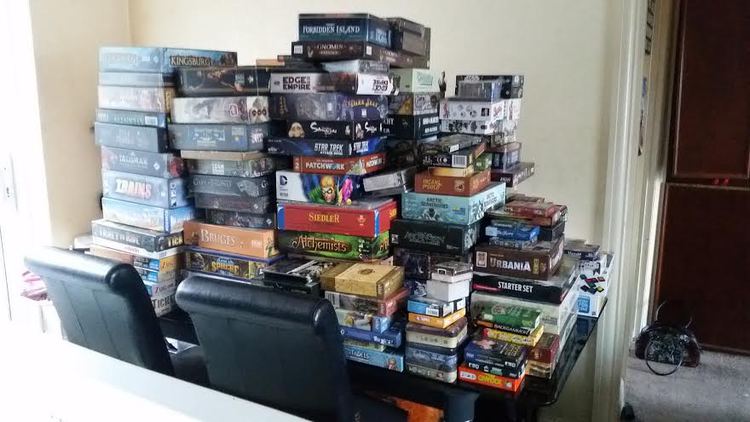 Then, emptying the CD and DVD shelves onto the now empty game shelves. The huge beast of a unit had to be built in the front room as it wouldn't go through any of our doorways built, so on our hands and knees building it in the front room, with help from afore mentioned inquisitive cats of course. 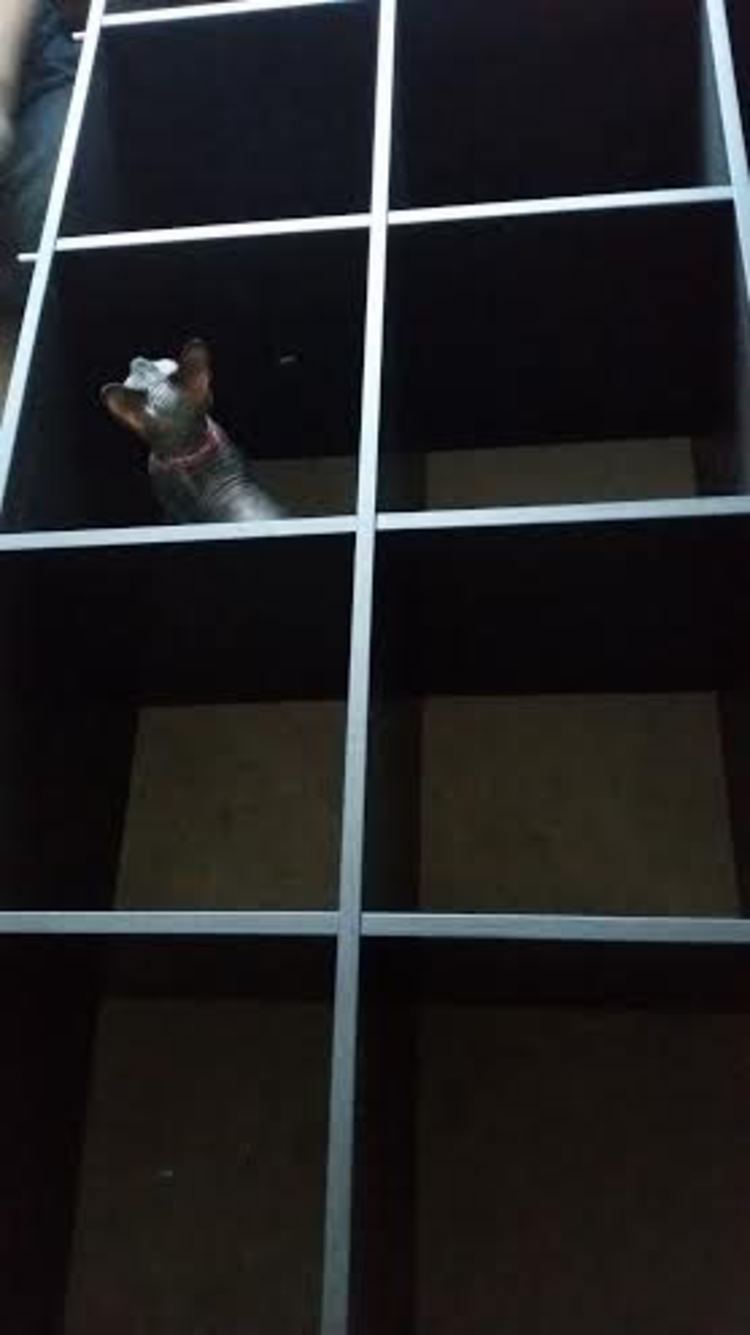 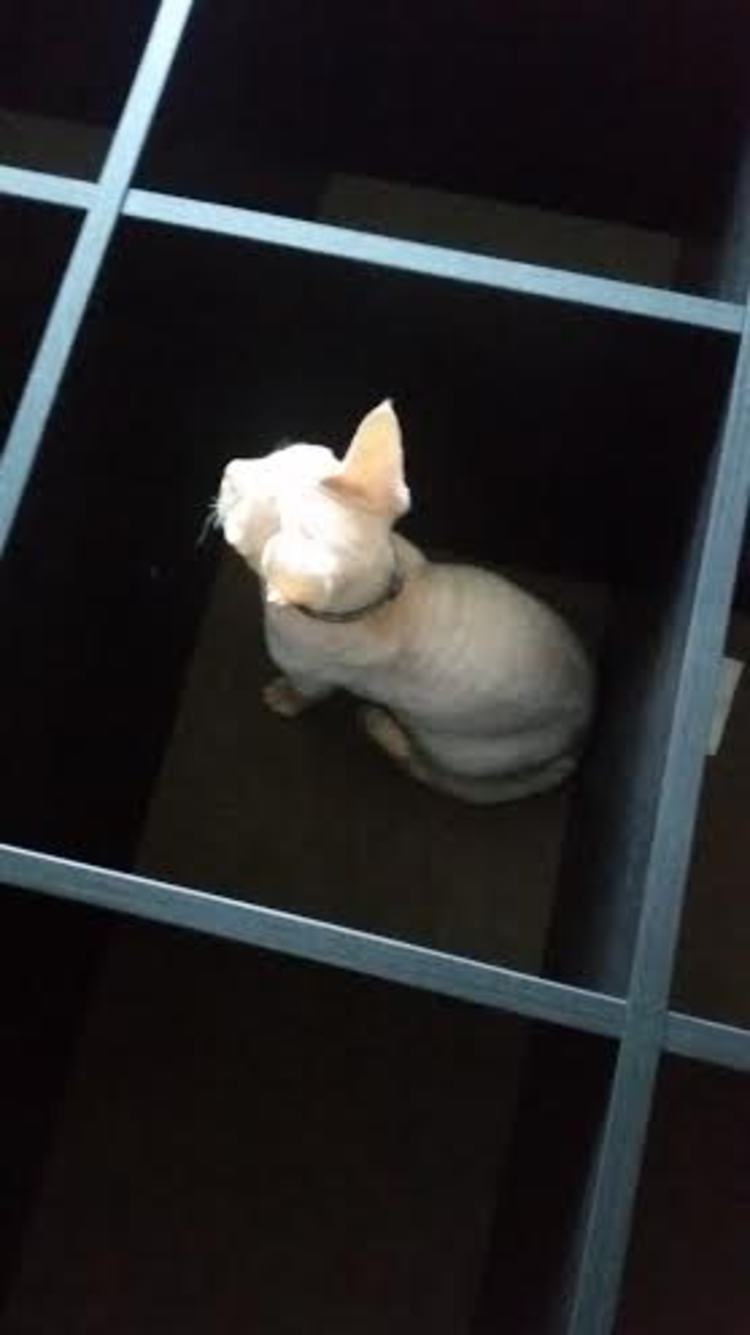 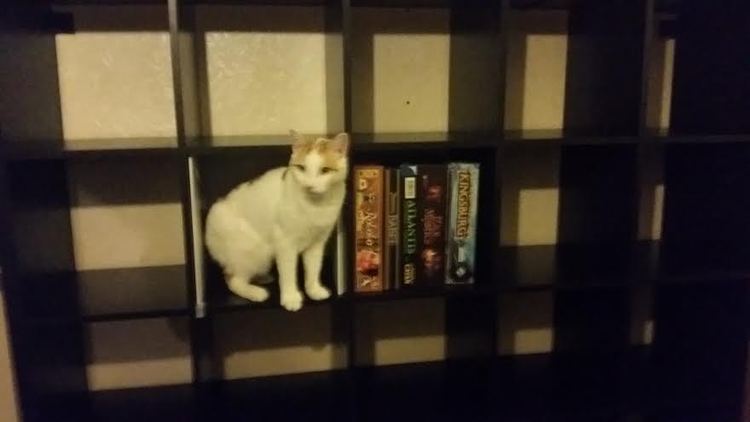 Once it was up came the joy of filling it with games, we had also bought two doors to keep all the little games separate (and all those little associated bits and pieces.) It also meant i managed to sneak some red in. We also bought some little lights to stick in the top of those spaces.

Sadly, after the unit was filled we had a lot of left over games, so we had to go back to Ikea and pick up another, smaller unit to fit on top. 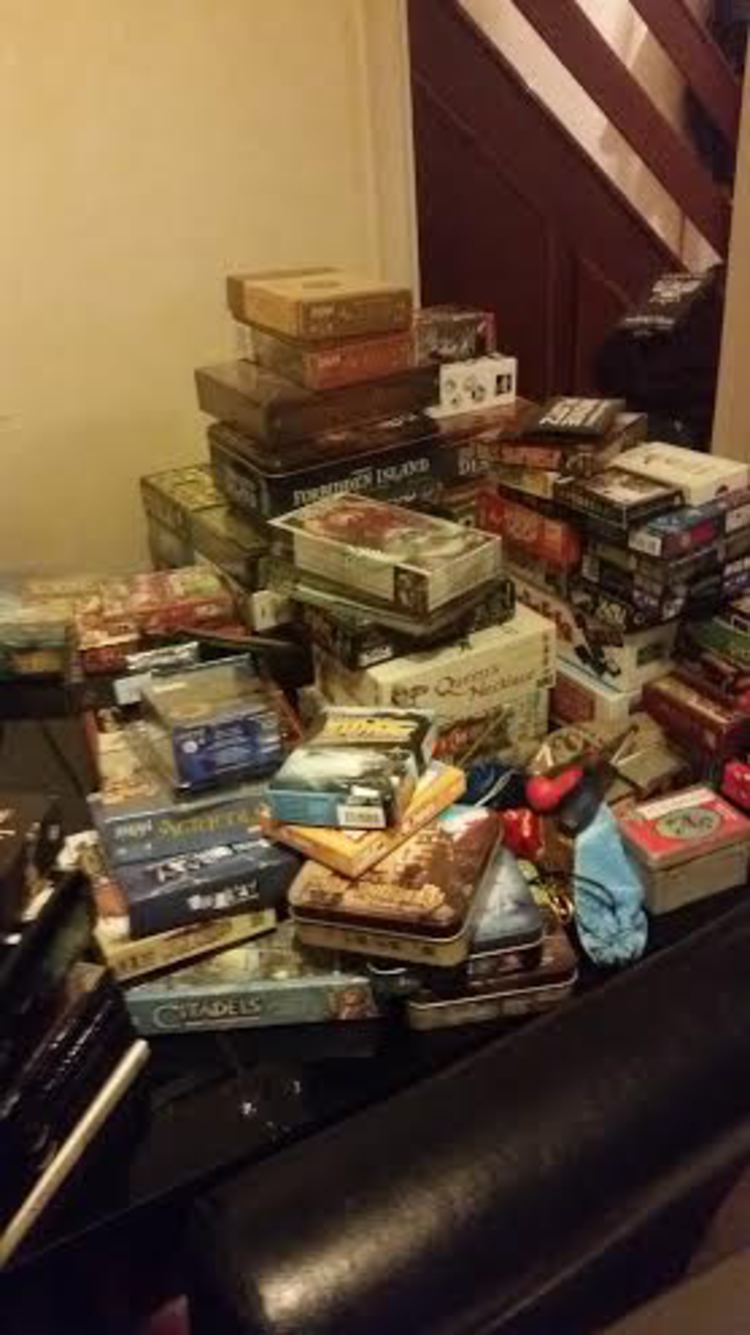 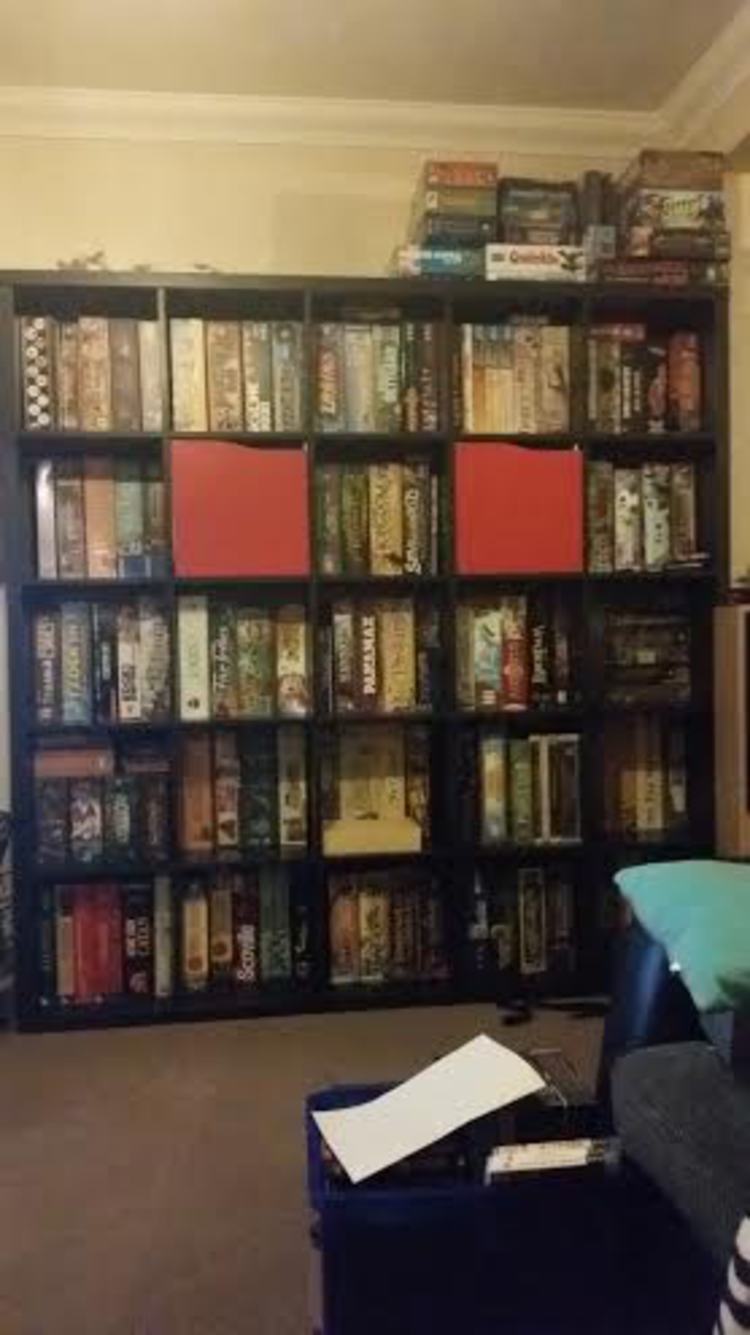 We now officially have no more space for any more units and precious little space in the units, so not sure what happens at the end of the year when i have a *few* kickstarters due to arrive and we don't even think about Essen! However, there is a board game bring and buy sale locally next weekend so maybe we should start looking at some of the stuff that has been buried for a while now we can see it! 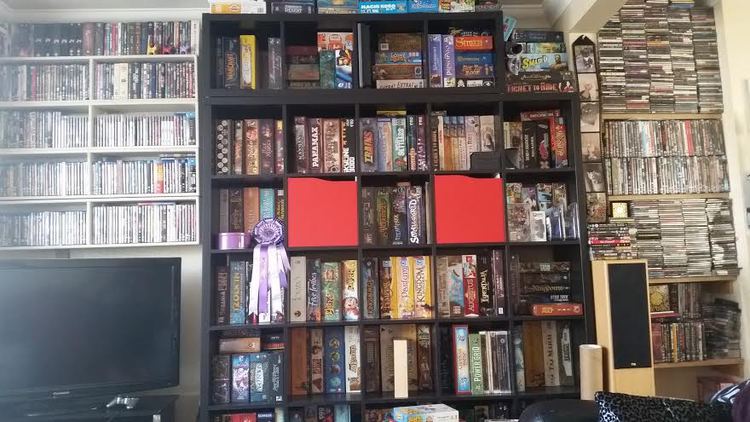