Posted on January 18, 2018 by Katrina Demeanour 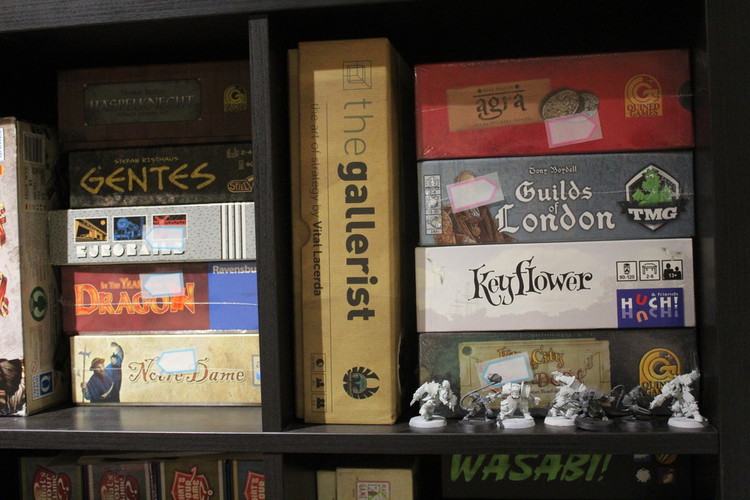 New year, new you and all that malarkey! So, with the new year comes resolutions (that get broken in the first week!), regular gym trips (that may last a month or two!) It’s this time of year where normally I’d be writing about our ten by ten challenge, however, this year we haven’t done one. Last year we failed miserably, playing only 43 out of our one hundred games. For those not familiar with it, the ten by ten challenge is to name ten games at the start of the year and play each of them ten times. Sounds easy, right? Having games you MUST play can end up feeling like a chore, though it’s a great way to get old stuff from the shelves back into rotation or to try new strategies for games. With that in mind, here are my Gaming Goals for 2018, let’s hope they last longer than the diet did!

The last few years I have been on a mission to clear up our unplayed games. Last year we started with 97 on the ‘unplayed list’, over the course of the year we played 96 games that were new to us. Somehow, at the start of this year we have 151 unplayed games. I have tried something new this year - each of those 151 games has a little post-it note on the side, so I have to sit and look at the wall of shame! In addition to playing more of these, I MUST buy less, I am a terrible sucker for a bargain though, so it might mean leaving a few Facebook Groups and resisting the bring and buys at a few conventions.

While this site has been around a while, it’s only in the last six months or so that I’ve made an effort to write consistently. New posts will now go up every Monday and Thursday, if you are a Patron you will get them early ie. Monday's Patreon post goes on the site Thursday. We also now have a fancy new mic, so once we have worked out software/editing etc look out for the sounds of my dulcet tones! Have a listen to the Essen / BGGCON2017  Podcast by DB94 that I was invited to join if you want to hear them now. I guess under here I should also mention keeping on top of review copies - I still have a few left from Essen, however, I won't put fingers to keyboard until I have played something a few times and getting the games I want to the table isn’t always that easy. Last week I had great plans, then the new T.I.M.E. Stories expansion arrived, so guess what we played.

I guess this one is on everyone's resolution list every year! By the time people have got home from work, had dinner etc it can be late in the evening when we finally start gaming, meaning we only have time for one longer game or a couple of shorter ones. Now we have the gaming table, there is no reason I shouldn’t set a game up earlier in the day, ready to start as soon as everyone arrives. It’s too easy to get sidetracked and chat a bit, this year, let’s just chat around the table! 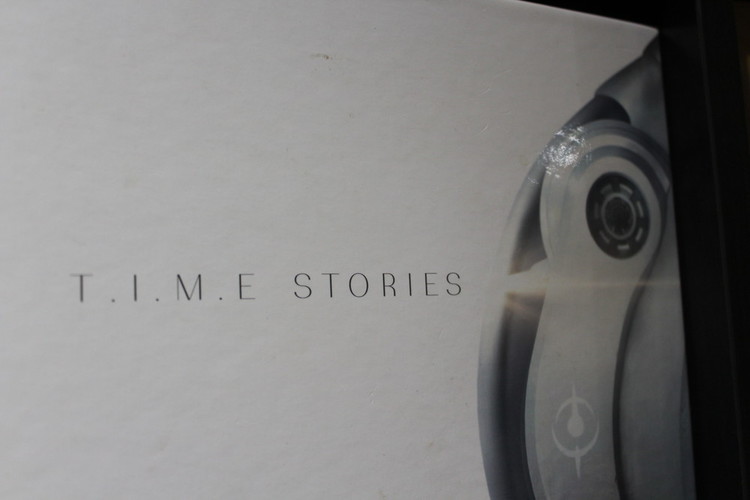 If you follow this blog, you’ll know I love a good convention. Be it here, in the UK, or thousands of miles away in the US. I’ve played some great games and met a lot of great people at gaming conventions. Our season starts in March at Airecon, but there are plenty more marked on the calendar for the year including the usual UKGE, Essen, BGG Con, Dragonmeet. I’m hoping to get to Origins this year too (despite flying off to a festival in Copenhagen two days after!) I’m determined to go and play more games, meet more people and basically have a lot of fun! (and report back to you guys)