Posted on October 20, 2017 by Katrina Demeanour 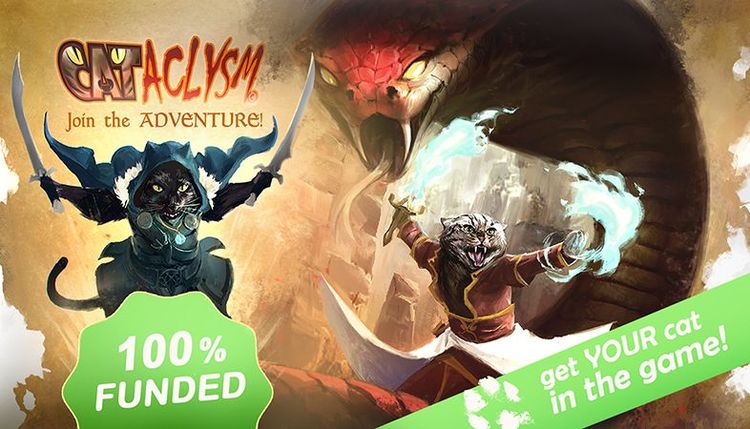 So, end of the month is approaching, which for a lot of us means pay day! What do you do when your FLGS has run out of stuff for you to buy? Well, obviously, you hit Kickstarter! Here are some of my current favourite projects! 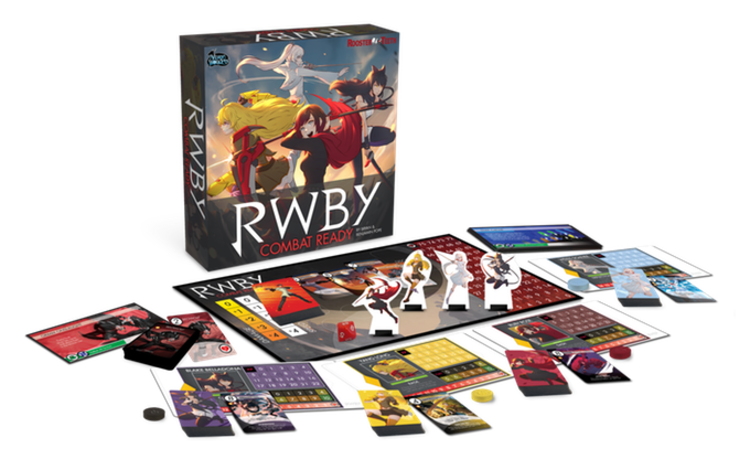 Based on the super popular show, this is a cooperative game where you get to play as your favourite characters and take on villains. The reached stretch goals now means there are miniatures for all the characters. Each character has their own deck of cards with unique abilities, when a character wins a duel they gain experience and Battle Fury. This enables you to attempt an ultimate attack. Different scenarios and objectives means you’ll never play the same game twice. Rooster Teeth have got Arcane Wonders producing this which means you’re guaranteed a great game based on a great franchise! 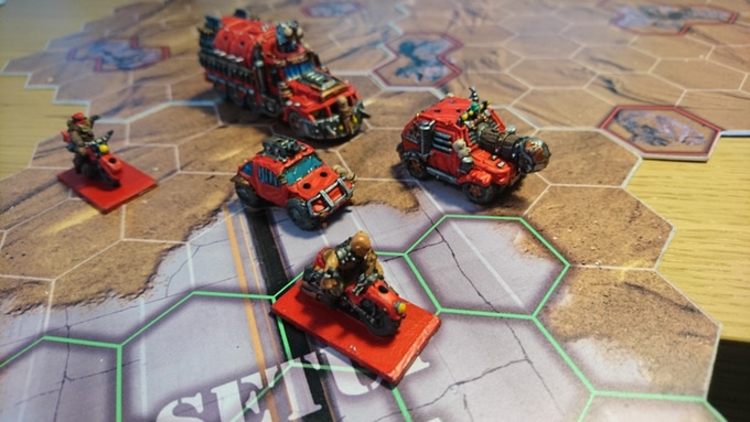 We got to play a demo game of this at UK Games Expo earlier this month and boy was it fun! A post-apocalyptic, Mad Max style vehicle miniature game. A modular board and four factions to choose from means you’ll never play the same game twice. Everything you need to play comes complete in the box for a bargain £49, no need to ever buy add-ons or extras. We had loads of fun and knocked out a 2 player game in around an hour. I also love the innovative damage tracking system, that involves sticking flame pegs in your vehicles, making it easy to see just how much damage your opponent has taken. 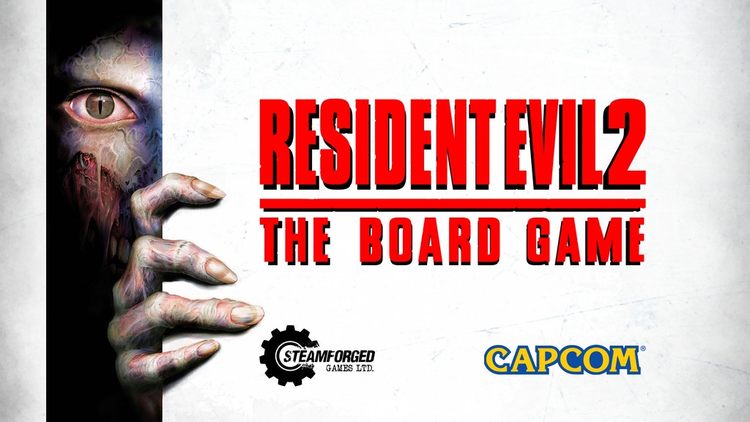 From the guys at SteamForged who bought us the hugely successful Dark Souls board game comes their next video game adaptation. This immersive, co-operative horror survival game comes filled with minis. With characters we all know and want to kill, you get hours of fun painting all playing for just £70. As with Dark Souls, you can add extra minis to your heart (and wallets) content, with potentially another £150 worth of awesome figures available. These guys make awesome figures so everything you get from them will be top notch! This is now 400% funded so great stretch goals are being unlocked, plus they are a UK company so show them some love!

CATaclysm: the RPG of Feline Proportions

In some ways, this is something very different for me to talk about -it’s an RPG, but you play as cats! Not cat people, actual cats! This is a brand new RPG system that seems easier than a lot out there and quick enough to keep the story running along. The art is fantastic and it seems like a lot of work has been put into the background and mythology. Rather than pen/paper and crunching number, all heroes have a life dial, if you fail a roll, your dial goes down a level. Green-Yellow-Red-Black, at certain levels you lose certain abilities (black being dead!) You can also get your own cat drawn into the game! This was debuted at GenCon two years ago and intended as a one-off campaign but people wanted more, so here it is!