The MCM Comic Cons are the biggest dates of the year in any geeks calender. Whatever flavour your geekdom is, there is something here for you, cosplay, video games old and new, movies, artists, kawaaii, comic books and, of course, board games!

The sheer amount of effort people put into their costumes is amazing and you know these guys go home from one event and start planning for the next!There were a lot of Poison Ivy and Harley Quinns around but the costumes I liked included a Lego Batman, Pyramid Head, Skeletor, Sarah Conner and the Terminator and an entire family of Transformers (even their baby in the buggy was dressed as Bumblebee!) 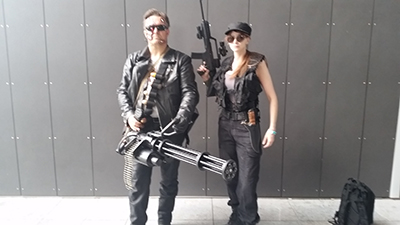 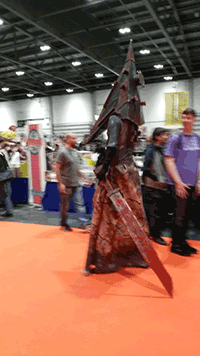 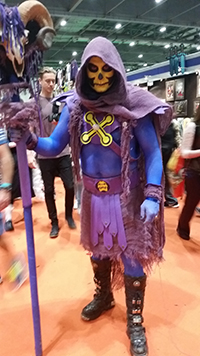 I spent the three days demoing for Esdevium games, nicely in the middle of the hall. We had 8 people on the stand Friday and 9 on Saturday and Sunday, even then, there were times where we could have put more to work!

The games played over the weekend were Dobble, Batman and Standard Love Letter, Timeline, Black Fleet, Loony Quest, Machi Koro, Colt Express, Munchkin, Ca$h n Guns, Legendary, Sheriff of Nottingham and Star Wars: Armada. Friday, being quieter I managed to play a couple of games of Machi Koro and Colt Express. When we got back to the hotel that evening we all enjoyed a game of Shadow Hunters (my team, the Shadows won!)

Saturday, being the busiest day meant none of us got to sit and play in any of the games but introduced a lot of people to some new games and (hopefully) got some people interested in modern board gaming for the first time!

Ca$h n Guns and Sheriff of Nottingham were full all day everyday, they are both such great party games and people have a lot of fun with them!

Sunday was slightly quieter and on a couple of occasions I stepped into games of Ca$h n Guns to help make the numbers up. As a demoer you always get those guns pointed at you a lot more than in a 'normal' game at home!

I spoke to a mother and her eight year old daughter who wanted some games to play with her ten year old nephews, after chatting to the girl for a while it turned out she loved horror and monster films so King of Tokyo was a must for them! I also steered a train driver in the direction of Ticket to Ride as an entry level game for his family! I taught Dobble to three and four year olds who were both beaten by older siblings, though, I hope in a couple of years that won't always be the case!

There were at least five stands selling board games and from the empty shelves I saw on Sunday, they obviously did a roaring trade!

Gamerz Nexus had an open display of Snake Oil on their stand and I suggested that to several people who were Cards against Humanity fans, hopefully I converted a few! 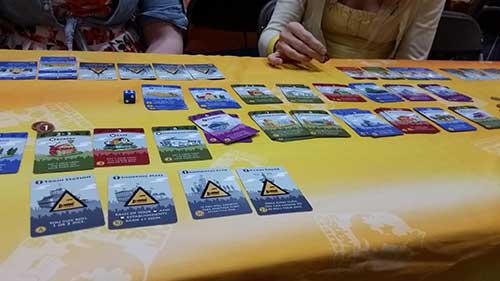 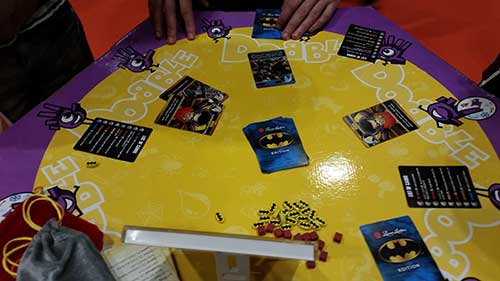 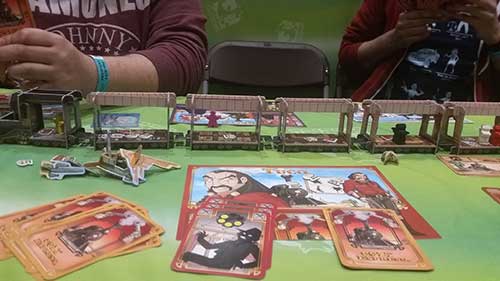 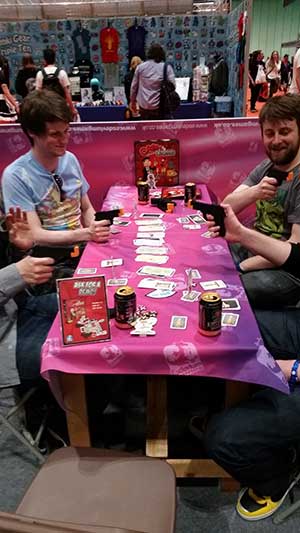 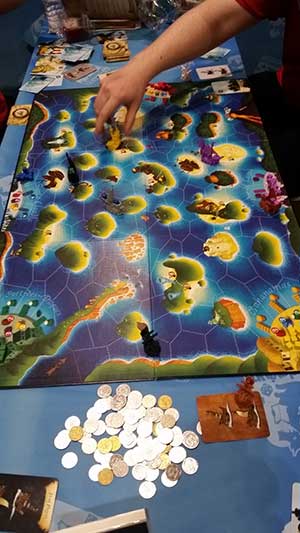 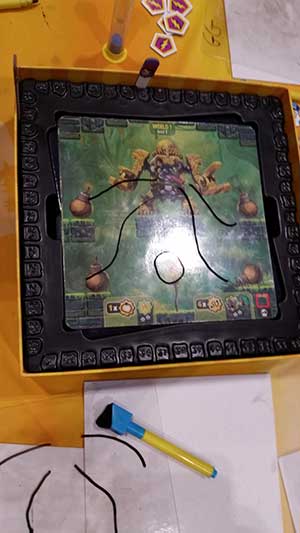 Also there, were Japanime with the beautiful Krosmaster Arena, they had multiple versions of the game on demo, including their giant sized one which is a thing of beauty, the figures are just amazing! 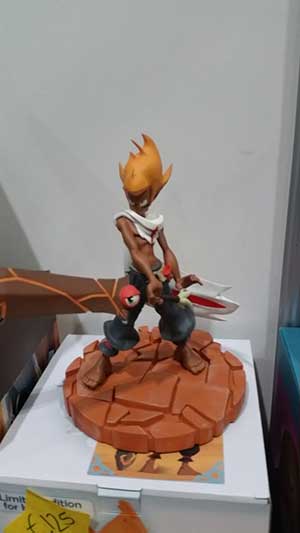 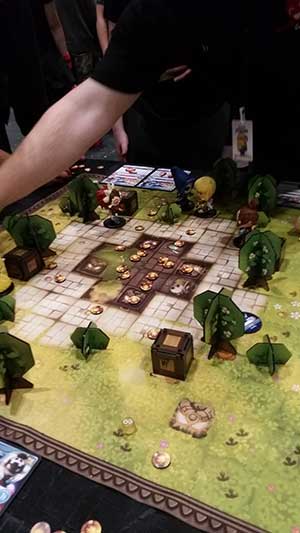 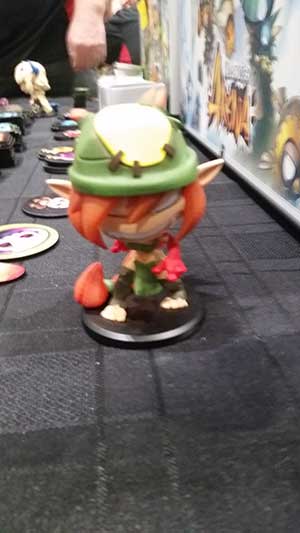 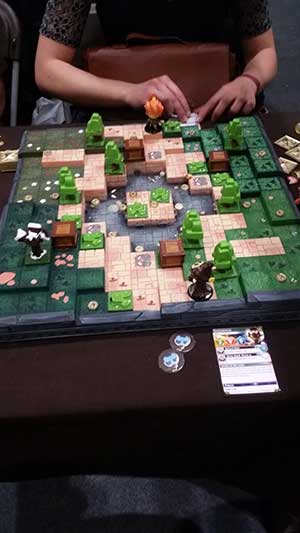 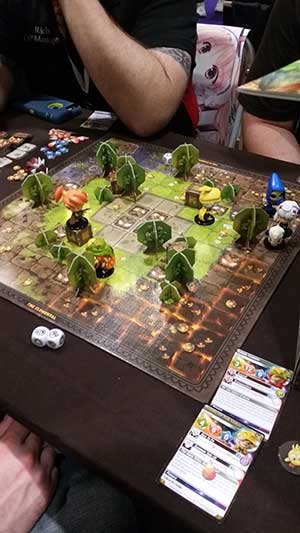 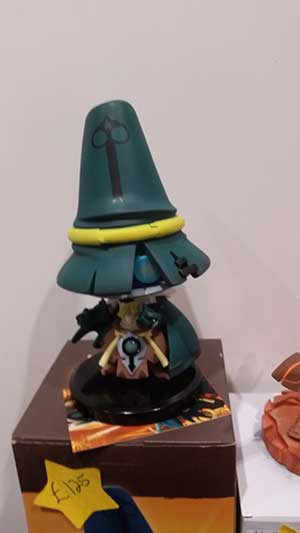 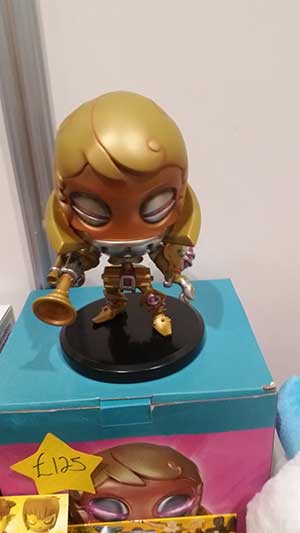 All in all, it was a great, but very tiring weekend. I got home late Sunday, in time to start all my planning for UK Games Expo this coming weekend!! 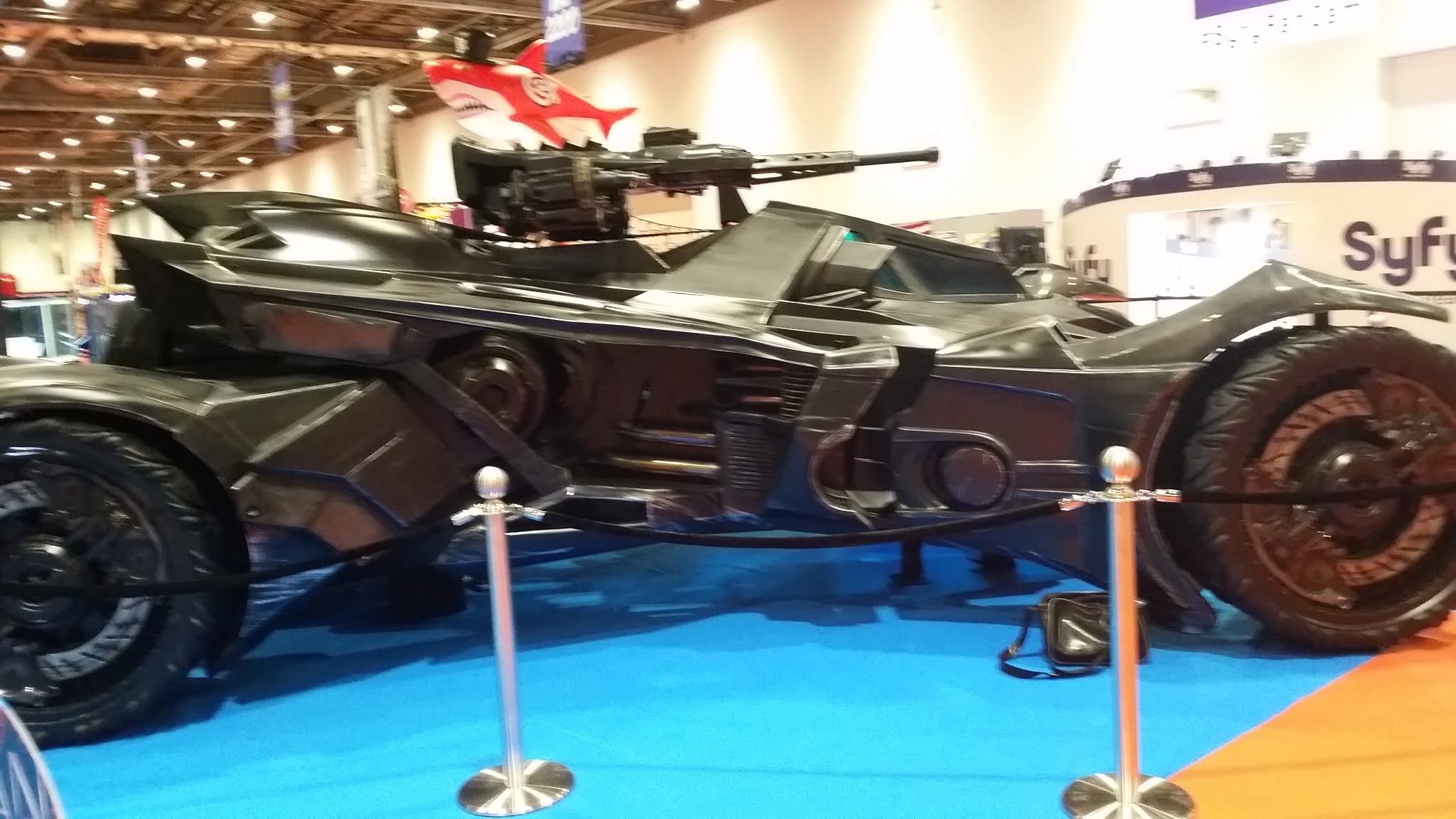 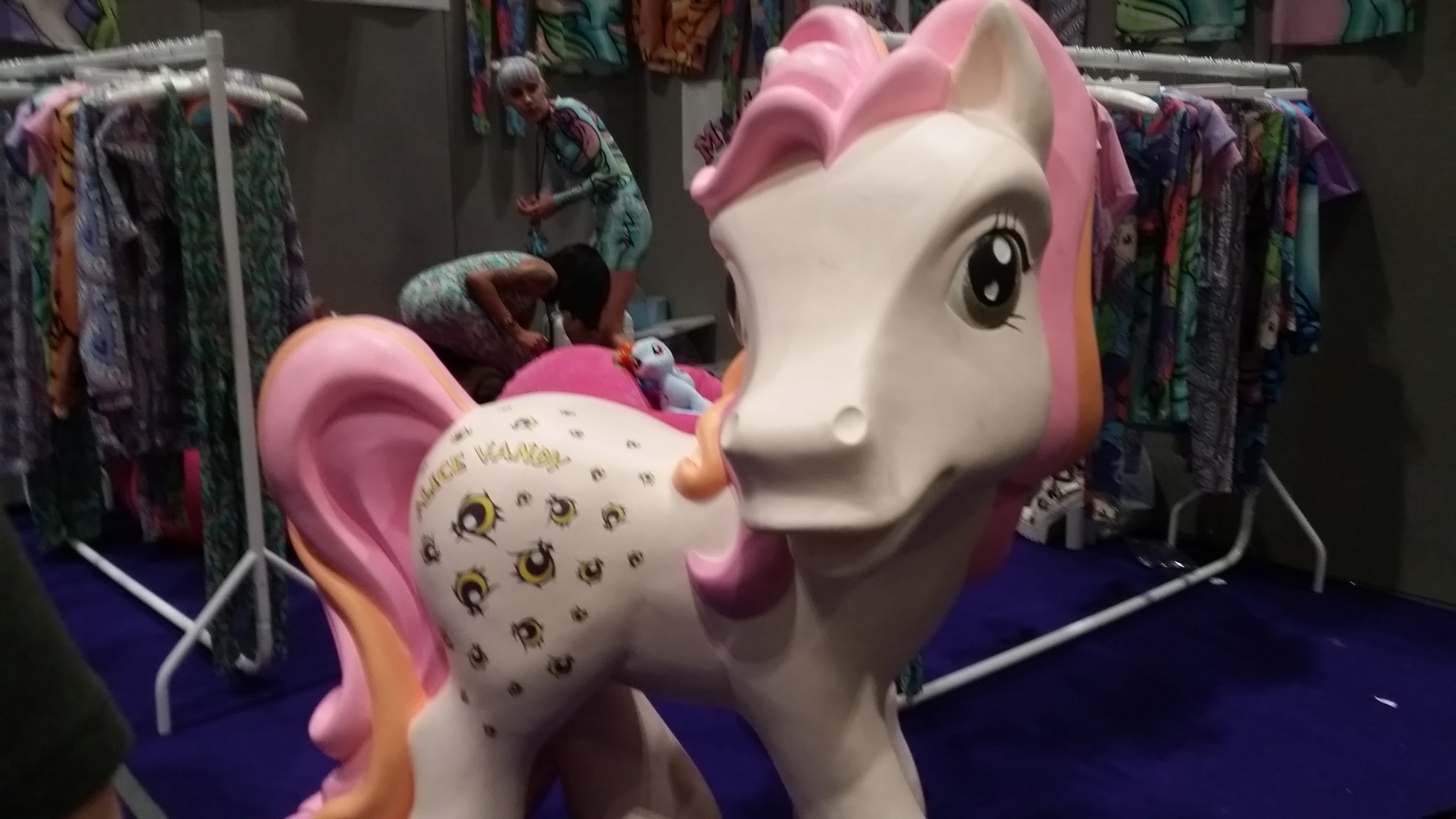 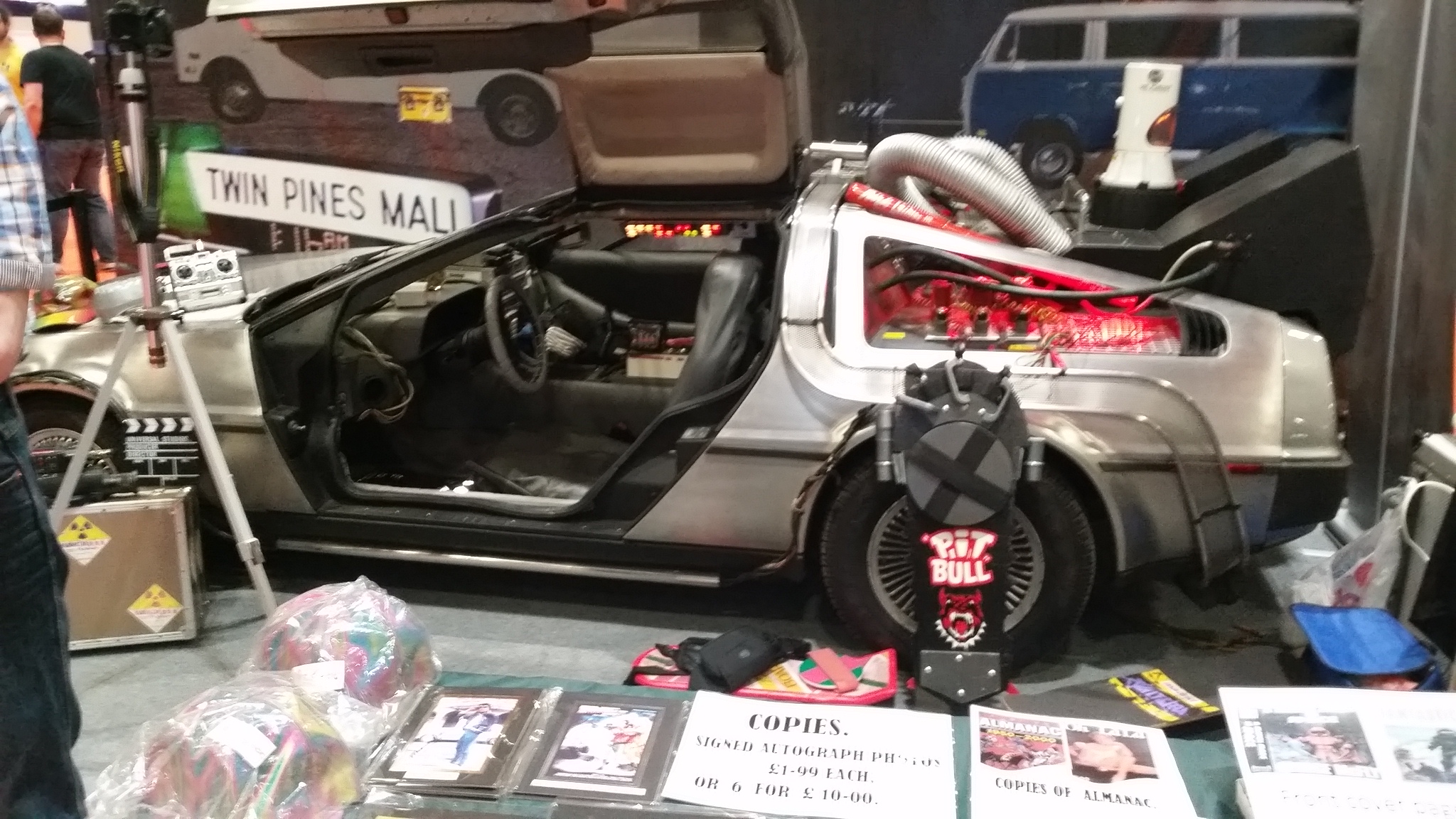