Posted on October 16, 2018 by Katrina Demeanour

While there are lots of new games released at Essen, there are many Kickstarters that are finally reaching fulfilment stages that we've almost forgotten about and are starting promotion to new retail customers. Plenty of games are available in limited quantities or reduced prices so it's worth checking if they are available for pre-order to ensure you get them at the best price and before they sell out completely. Here is my current list of definite picks ups for the weekend.

We love a good evolution themed game! We first saw Darwinning! in its infancy back in February and did a walkthrough video . The enthusiasm of the DDP team and the great gameplay meant we backed this immediately. A lot has changed since we saw it, including beautiful new artwork and a ton of stretch goals including making it a 6 player game, extra wild cards and player aids. I love seeing games work through the process and can’t wait to see what this looks like in it’s finished form! 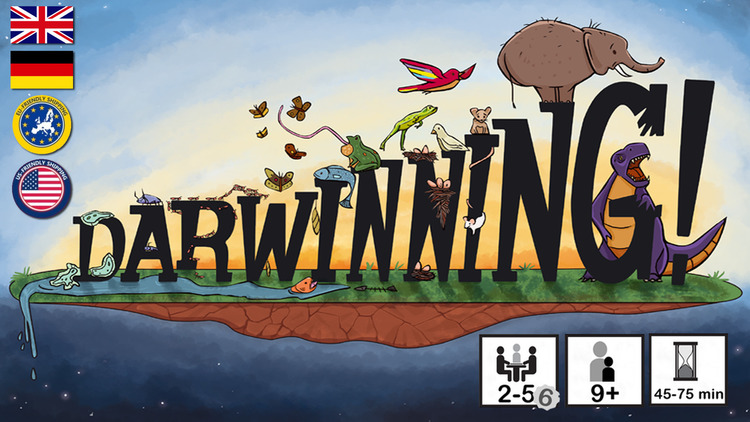 Yes, more trick-taking! But like we said earlier this month, it’s one of our favourite mechanics! But this is bloody, gladiatorial fun that can be played team mode or all out war. Gladiators can be challenged during the round, leading to the trump card being changed. Players compete to win gladiators with favour and avoid those with negative favour. The player with the most favour at the end of the round wins a crowd support, gain three and you’ve won the game. Obviously, we went for the fancy Collectors Edition that has plastic cards with glided edges and deluxe poker chips! 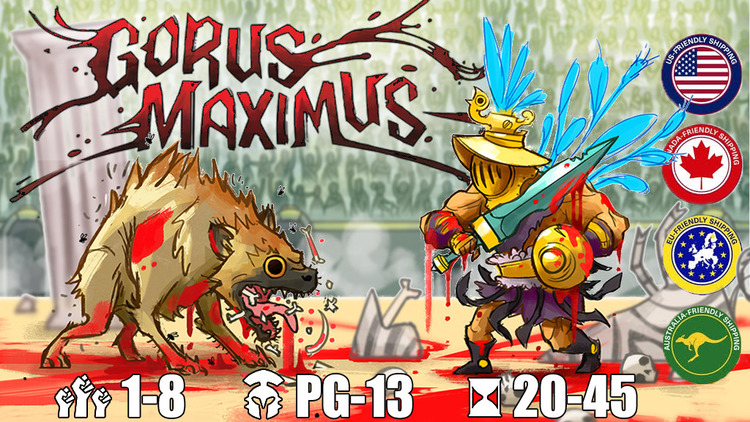 Gorus Maximus by Inside Up Games

I love a good insert! Shelf space is a premium in our house so all expansions get chucked into main game boxes. This, however, sometimes means we have boxes filled to bursting that take a while to sort out. Folded space are bringing cheap, lightweight inserts to the market so I jumped on their last Kickstarter campaign! We will be collecting inserts for Great Western Trail (with room for the expansion I’ll also be grabbing!), Village and Russian Railroads (at long last!) It will be interesting to see what these Evacore (laminated cardboard/memory foam hybrid) inserts are like, at least we won’t end up with splinters for days like we usually do when making up inserts! 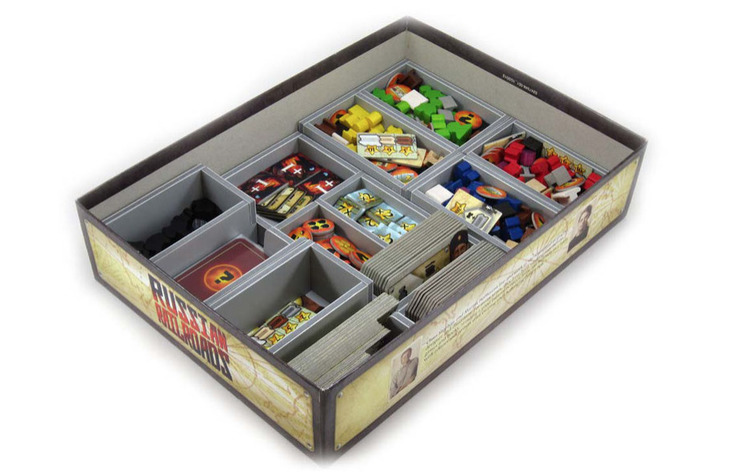 Story telling games have really taken off recently and aren’t something I expected to enjoy as much as I am! The Pulp Detective games are taking this mechanic and adding a bit more ‘game’ to it, along with amazing retro art. Obviously, we will also be picking up the expansion that adds a ton of other stuff and a sidekick on your quest to find out ‘who done it?’ I’m always excited by original ideas and this ticks all the boxes for me. It’s also nice to see games aimed more at adults than ‘families’ so something with a darker theme always has me intrigued.

Roll and write with no roll? Seeing as dice hate me, this seems perfect! Instead of being dice driven, this roll and write is card driven, leading to far more variety. Again, the retro style has me immediately interested. Any game that plays large numbers of players and isn’t a ‘party game’ is welcomed into my collection. Randomised action sets and varying strategies in a small box game is great and I have heard nothing but people praising this so I can’t wait to finally get my hands on a copy. 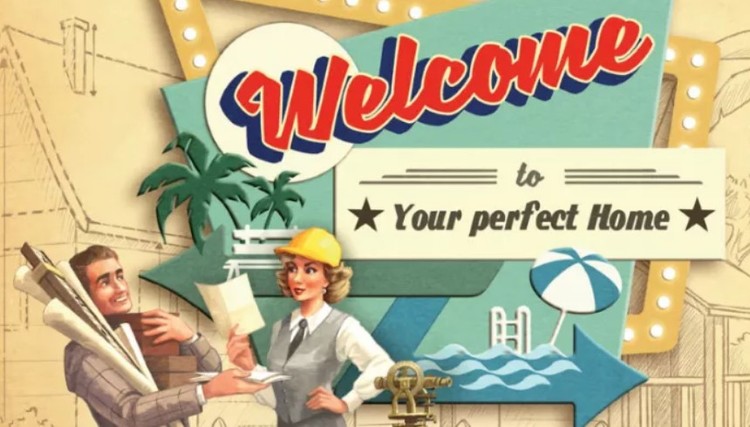 Welcome To by Blue Cocker Games

There’s a real lack of great games with music themes, but I think we may have solved that with Symphony Number 9. Players are rich nobles of the 18th century who patron different musicians and gain ownership of their works. Each turn players take cubes from musicians career track, this will reveal spaces that change their reputation. When those cubes run out, the musician will die. The major patron for each musician will then discard cubes to gain one of their compositions. Each musician has different ways odd scoring for their compositions. During the final phase of each round, players donate money to the concert hall which will determine which musicians will play, a successful concert will earn patrons money. This ticks all the right boxes for me and I can’t wait to get my hands on it! 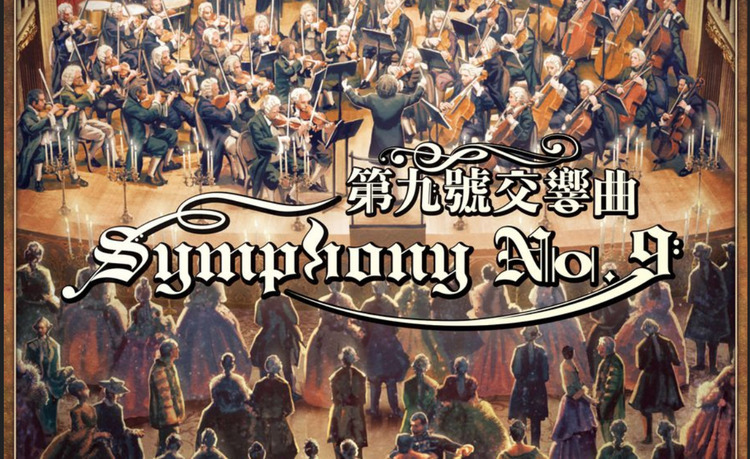 Symphony No. 9: by Moaideas Game Design

Team-based, trick taking, social deduction? This combination alone caught my interest and at a bargain price of 13 euros, it seemed silly to pass it up! At the start of the game, players are assigned to the loyalist or rebel team. The two teams then fight it out for control over locations. However, as cards change hands so do alliances. Play cards tactically to establish who is on your team, for now anyway! I love games that can mess with your head and this seems to hit that nail on the head!

Pandoria has a bit of everything! Tile placement, hand management, worker placement all wrapped up in some beautiful looking artwork. Place tiles and claim territory and resources by placing workers. When terrain is completely surrounded, all workers around it will gain resources, so what benefits you will also benefit others. Mining gold allows you to buy cards that can then be used as buildings or spells. This is being called ‘a gamers game’ and with so many decisions to be made, it certainly seems that way. I shall be doing a piece on this soon so come back to find out what I think! 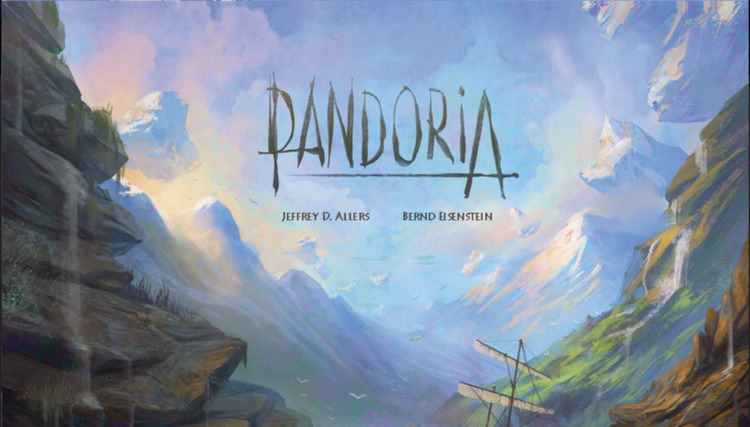 There’s not a huge amount of information out about this yet and it is demo only at Essen, though I should be picking up a review copy. It combines one of my favourite mechanisms (market manipulation) with one of Rob's favourite mechanisms (deck building) so it’s something we’re both excited about. This is all done by acquiring and exhibiting Impressionist paintings meaning it is visually stunning. I can’t wait to tell you guys more about it! 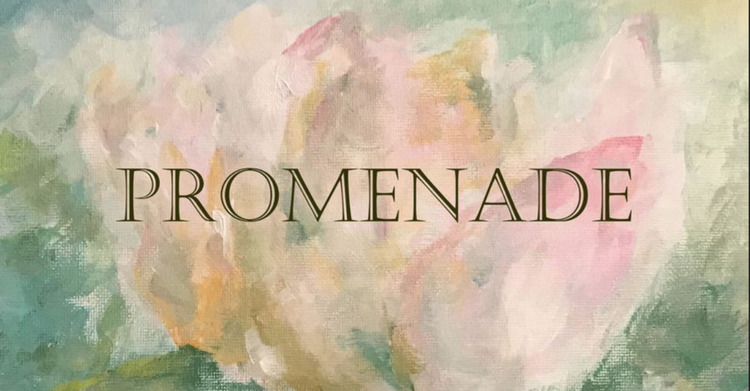 What's on your list? Let me know in the comments, recommend me something I might have missed.