Posted on November 07, 2016 by Katrina Demeanour 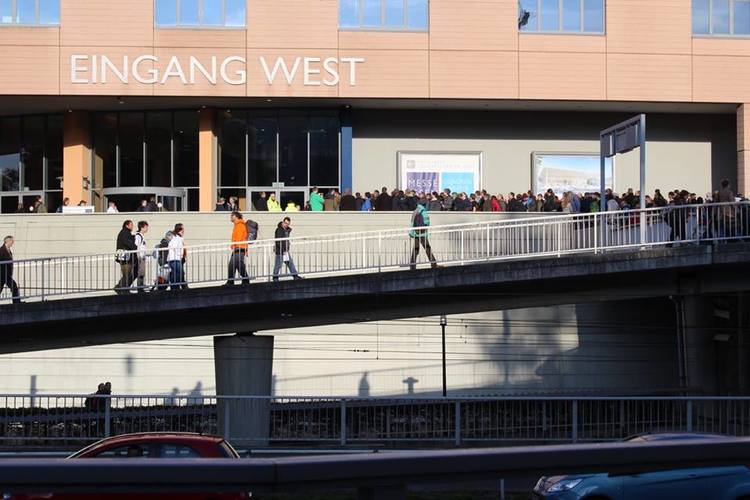 So, another year and another Spiel at Essen is over. This year extra halls had been added and there were over 1000 exhibitors displaying some of the best games in the business. With new releases from some of the big names like Uwe Rosenburg, Stefan Feld and Alexander Psfister, it was bound to be a big year.

For those that don’t know, Spiel, at Essen in Germany is the biggest board gaming event in the world. As with every year there were more traders and higher attendance than last year. 1,021 traders from 50 different countries all spread over seven halls (rather than the usual three halls!) There was over 1,200 new releases on show and obviously attendance is always on the up. 174,000 gamers from around the world attended this year (compared to 162,000 last year)

Queues are forming, there must be a sale on.

All of this shows our hobby is gaining popularity everywhere.

Obviously, the one thing on everyones lips is the games, however, the thing that makes events great for me is the people. You can play the worst game ever with great people and still have fun.

Our con started Tuesday night, when our friend, Stuart came over ready for the long drive to Germany. We sat up (until far too late!) discussing our picks for the show, the games that were ‘must-buys’ and the games we wanted to look at/try to demo over the weekend. Wednesday morning came and off we set to Folkestone where we met up with the lovely Orhan from Happy Otter Games and his friend Gary who would be our ‘SatNav’ for the journey (this was our first time driving so we were going to follow him in convoy!) After catching up, we chatted games before boarding our train.

The train ride was really quick and pretty smooth and we were soon in France. After driving through France, Belgium and The Netherlands we finally made it to Germany, and Essen! We dropped Orhan off at his hotel and went onto ours. After checking in and winding down after the drive I checked in on Daniel, who is another admin for The Boardgame Group and had made the trip from Costa Rica. We met up with him in the gaming room and played a few games with him and Stuart before going to bed ready for the first day of the show. 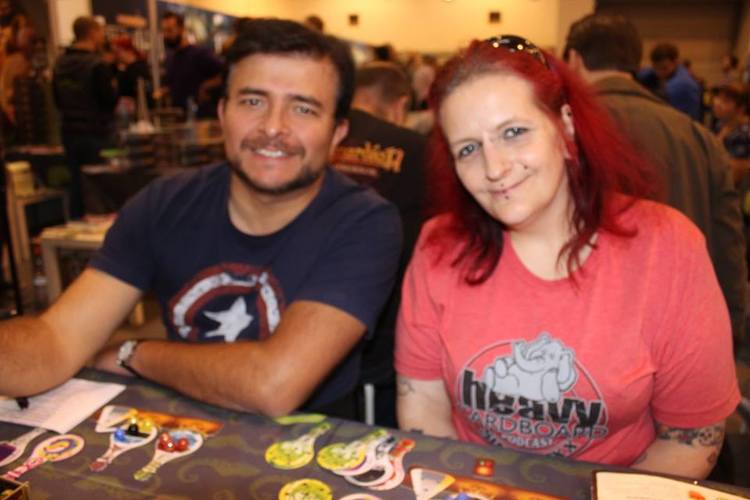 Thursday is always a bit of a whirlwind as you fight your way through the crowds to get the hyped games from the show that you know will sell out so faces were blurred and hellos were quick!

This is our fourth year at Essen and for three of those years we have stayed in the same hotel (as many people do!) so a lot of people at the hotel are familiar faces. After dinner we returned to the hotel where we caught up with Peter from the Netherlands and played a few small games with him.

Friday was a bit quieter but with four of us and seven halls to investigate it was still pretty non-stop! However, that evening was the Heavy Cardboard "Heavy Card Boat" meetup with a great chance to catch up with some old friends and meet some new faces. 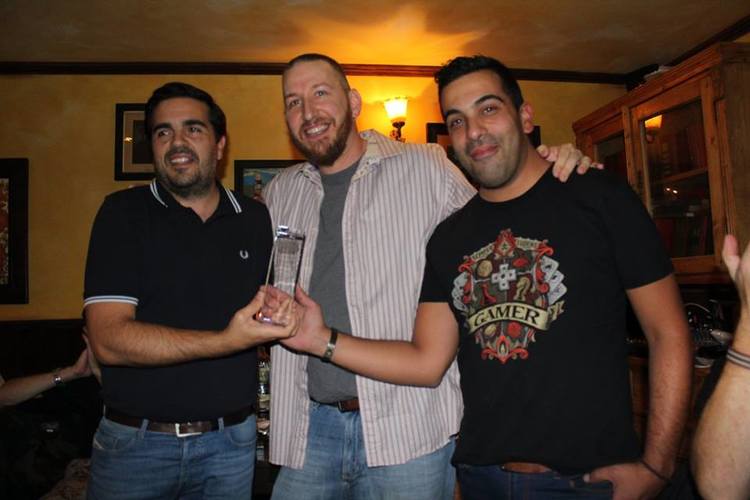 Saturday was a more relaxed day, knowing how busy it gets we had a little lie-in and took our time getting to the show. Starting to get nervous about space we all limited our buys a little but had a chance to demo some games. We got to play Ominoes by Yay Games - a small indie British company that I see all the time but never get to play as I am usually working. A nice little dice game, but it was even nicer to meet up with Andy the designer. 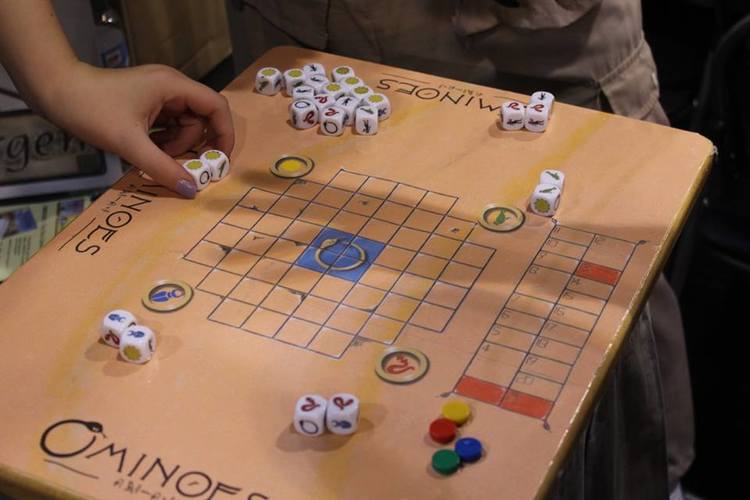 We also went to say hello to the Steamforged Games and congratulate them on their success with the Dark Souls Kickstarter (which we got a sneak peak at), picked up a copy of Shadow Games and got a sneak preview of the new Guild Ball Kick Off! Starter Set. Such a nice bunch of guys and we love Guild Ball!

Saturday night we all did some packing to work out just how much space we had left so we could make the most of some bargains on the Sunday!

Sunday is always a bitter sweet day as not only is it the last day of the show but it’s the last day to catch up with people. Sunday daytime was spent hunting for bargains that would fit in luggage and then running around for the last minute price reductions as the show closed. We helped Orhan pack down his stand then all headed off for a last meal together. Seven of us sat round the table and discussed the highs and lows of the show, the things we’d seen and the things we missed out on!

As we were leaving early Monday morning we said some sad goodbyes Sunday night, but happy knowing some of the people we’d chatted to over the weekend we would see at future gaming events. A few at BGG Con (which is now only a week away!), some at UK Games Expo in May and some next year at Essen. Despite all the amazing games out there, it really is the amazing people out there that make the community what it is!