Posted on October 22, 2018 by Katrina Demeanour 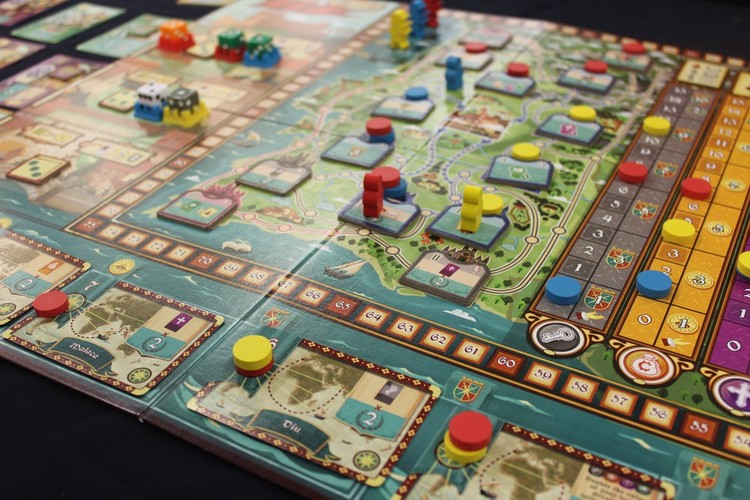 Last but not least, this year's must have releases. I boiled it down to 9 releases and then kept finding more.

I know this is old stuff for some of you, but I finally got to play it at TTS and was smitten and can’t wait to finally get a copy! Coimbra is a dice rolling, card drafting, set collecting game set in the ancient city of Coimbra, Portugal. The starting player rolls all the dice and players take it in turns to choose a dice, pop it into a die holder of their colour and then place it on the board. Once all dice but one have been chosen and placed, move onto the activation phase. Starting at the top of the board and moving down, players take turns choosing what they will receive. At the top of the board is the castle, here, the player who placed the lowest dice chooses a bonus first. Then, in the seperate parts of the city the player with the highest dice chooses a card first. Cards give you bonuses at different points, some may be instantaneous, some may be later in the turn and some may be end game. Then, gain bonuses according to the colour of the dice you chose, this may be money, shields, VPs or movement. Movement around the city will allow you to place pieces in tourist locations and gain additional bonuses. The game ends after four rounds, adding up end of game bonuses and points for sets of cards. Coimbra is pretty simple once you understand the symbology but filled with meaningful choices - I can’t wait to play it again!

Coimbra by Plan B / Next Move Games

Blue Orange games publishing a Reiner Knizia title? Honestly, that’s all I need to know! Blue Orange are producing consistently great games - Photosynthesis, Kingdomino and are pledging to plant more trees every time they use trees in game production. They have been around for nearly twenty years but have recently been producing some great ‘gamers games’ as well as their usual family line. I had a sneak peek of this back in February and have been excited for it since then. Using area control and set collection, players manage a group of settlers spreading across a newly discovered group of islands. In the first phase, you may place one of your villager or hut tokens anywhere on the board (ideally collecting resources as you go) However, in the second phase, the board is cleared and you may only place next to your existing villages. At the end of each phase, players score points for the sets of resources they collected. In true Knizia style, it is rule simplistic yet strategy deep. 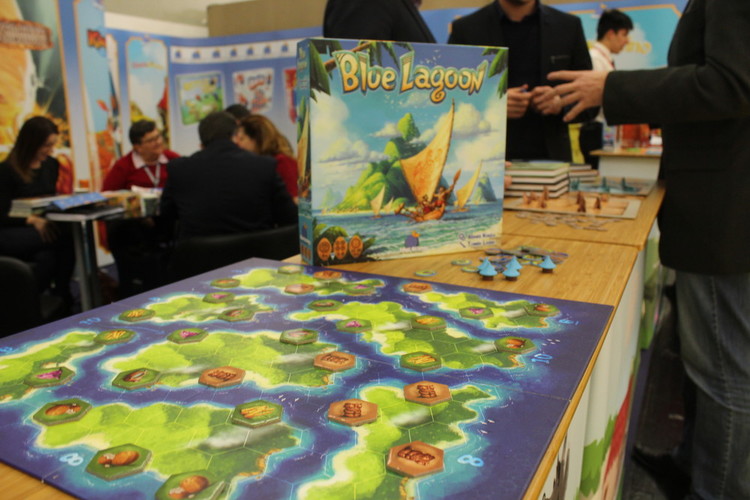 Roll and write route building, with trains, in a red box! Railroad Ink comes as two different versions Deep Blue or Blazing Red. Each one includes different expansions and special dice that add special rules to the base game. At the start of the round, the dice are rolled, then draw the routes shown on your board to complete routes by connecting your exits. You will lose points at the end of the game for each incomplete route. Do you risk a longer network that will give you more points or play it safe on a shorter route? It’s all about using the dice in a more efficient way than your opponents who are trying to do the same thing. The Blazing Red box comes with meteors and lava that add different challenges to the Deep Blue box which has rivers and lakes. Each individual box plays up to six players but the two can be combined for a massive twelve player game.

Stratergize, acrue wealth, gain the favour of the Gods and build the Pyramid of the Sun. In Teotihuacan, you command a set of worker dice that you will utilize to do all that and more! You will move your workers around a modular board and have a choice of two spaces to place them on. One will give you an action and a worker upgrade and the other will offer you a far more powerful action. You will need to build houses for the people in your city, develop new technologies and help build the great Pyramid of the Sun, all while managing your workforce and resources. The game plays over three rounds which end when there is an eclipse or else when the pyramid has been fully built. Loads of great components at a good price, this is super high on everyones list so grab it while you can! 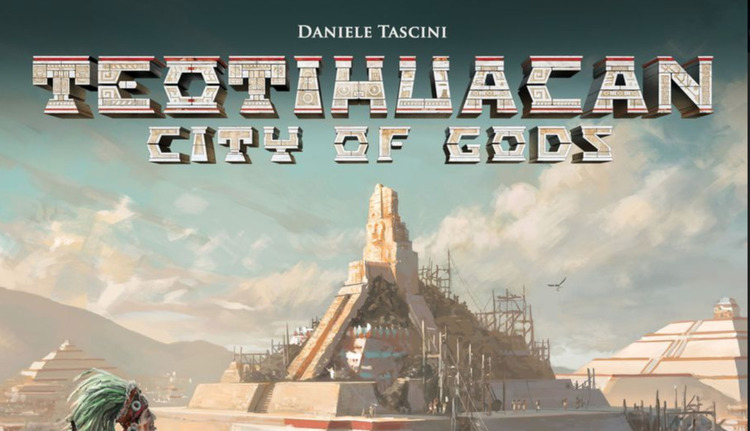 Teotihuacan: City of Gods by NSKN

Being British, I obviously like tea, a LOT, and not that weird stuff you guys in Dallas drink! Consequently, any game about tea piques my interest :) Ceylon is now known as the nation of Sri Lanks. In the Nineteenth Century, a deadly fungus killed off the coffee harvest causing an economic crisis. Farmers set about creating tea plantations to counter it. (Interesting history fact I didn’t know!) In Ceylon, you take on the role of one of these tea pioneers (dream job!) You will be planting tea in different districts and at different altitudes - yes, this is an amazing 3D board. You will be producing tea and selling it to different export companies. You will also be trying to win the favour of councillors in each district whilst developing technology to help you advance before your competitors. At the end of the game, points are scored for having plantations in different districts, meeting demands that have been set, reaching levels on technology and money collected. 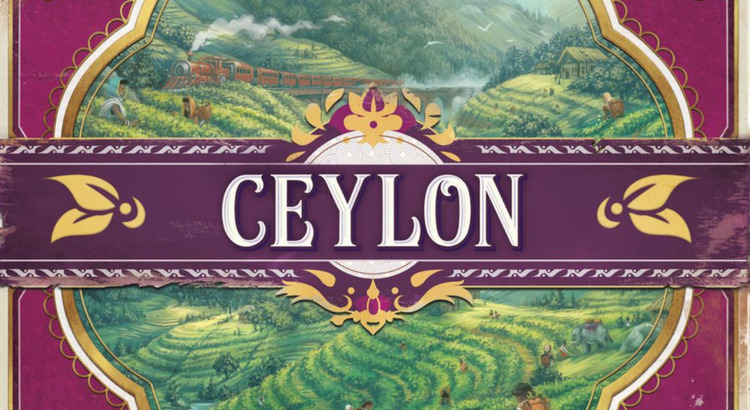 More tea? Yes please! This game is beautiful (based on the graphic novels of the same name) and has dragons and tea - do I need to say more? I do, OK then. Each player starts by choosing their own tea dragon that has a unique ability and is given a basic deck of cards. The game is played over four seasons, spring, summer, winter and fall. The market cards are set out on the table along with the memory cards for spring, when there is only one left, place out the cards for summer etc for the four seasons. In your turn, you may do one of two things: draw a card from your deck or buy a card. When you draw cards they go face up in front of you, in your ‘hold’. When you buy cards you may buy as many as you have enough ‘growth’ for. Market cards go face up in your hold while memory cards and the cards you spent go into your discard pile. If you buy a memory card, your discard pile gets shuffled back into your deck. This seems like a pretty simple, friendly deck building game with no attacking of opponents but the cute artwork and simplicity is what will ensure it gets plenty of plays with us! 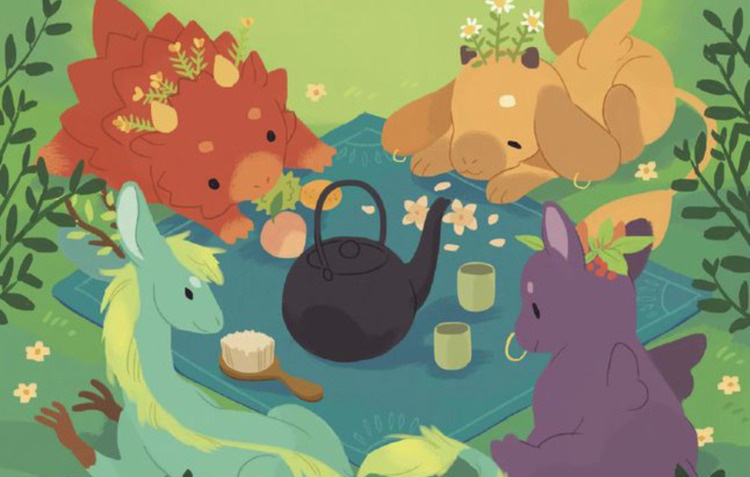 In Newton, players take on the role of young scientists during the scientific revolution of the Seventeenth Century. The time of Galileo, Copernicus and, of course, Newton. Players must travel Europe, visit universities and cities to study new theories, build new tools and earn money. The game is played over six rounds. Each round, players play five cards from their hand. Each card allowing you to perform one of the game's actions. An action has a variety of effects depending on the symbols of that action visible on the board. At the end of a round, a player tales back all of their cards except one, meaning that action will be unavailable to you but will be stronger. However, new cards that you draw may allow you to perform it. The cards are all based around historical figures from the time period and the artwork is highly thematic. This one ticks a lot of boxes for us and I’ve heard nothing but great things since it’s release in the US earlier in the year. 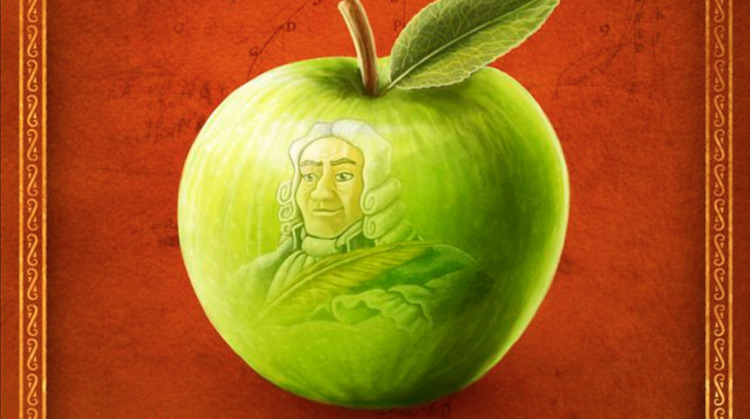 Architects of the West Kingdom

Raiders of the North Sea remains a firm favourite in this house, its simple place a worker, take a worker mechanism combined with the elegant upgrading of them makes for great gameplay. Consequently, we’ll always check out new games in this series. Architects of the West Kingdom, as usual, adds an interesting twist on worker placement. For each of your workers placed on an action space, that action becomes more powerful. For example, placing a worker in the forest will give you one wood, the second one will give you two wood and so on. However, players can also capture groups of workers if they believe someone is being greedy! Points are earned by constructing buildings and working on the Cathedral. Throughout the game you will need to make moral choices that will move you up or down the virtue track. A few ‘dodgy’ deals in game won’t be judged harshly but at the end of the game your virtue will be judged! 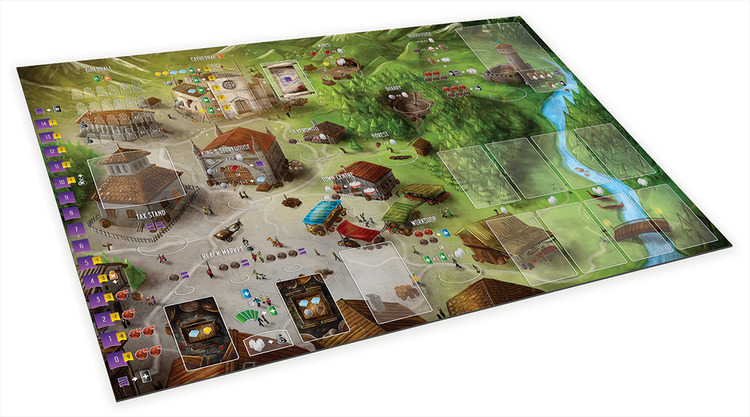 In Dice Settlers, dice action and management form the basis of a 4X game, using map exploration, area control, player conflict and technology development. Your dice represent the people working for you, use their skills to explore, research, trade and expand. The map is hex tiles that will be uncovered as the game progresses and players will use their tents and houses to compete for control of that tile. Tiles will give you bonuses in game and points at the end of the game. All players roll their dice at the same time, then take it in turns to complete two actions dependant on their dice rolls. As with most dice games, there are numerous ways to change the faces and re roll to give you the best opportunities. During any round, you may not take the same action more than once. In addition to your main actions, there are also free actions that may be taken. The hex tile map and industry cards means there is a fair bit of replayability and the bag building is a nice break from deck building for us! 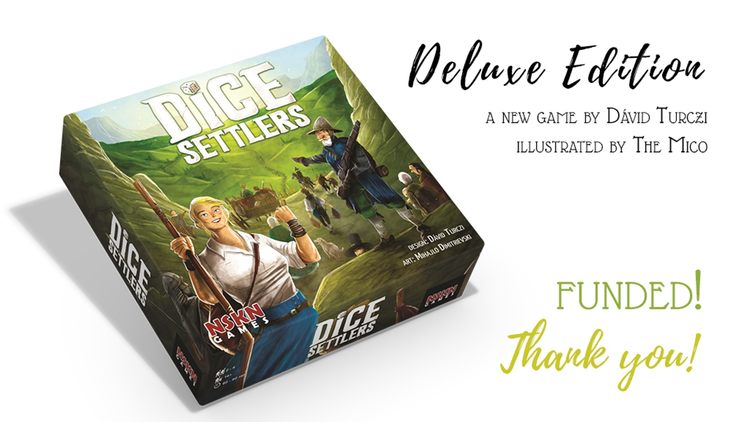 Other things we will be looking at include:

Win a copy of Blackout Hong Kong by Alexander Pfister