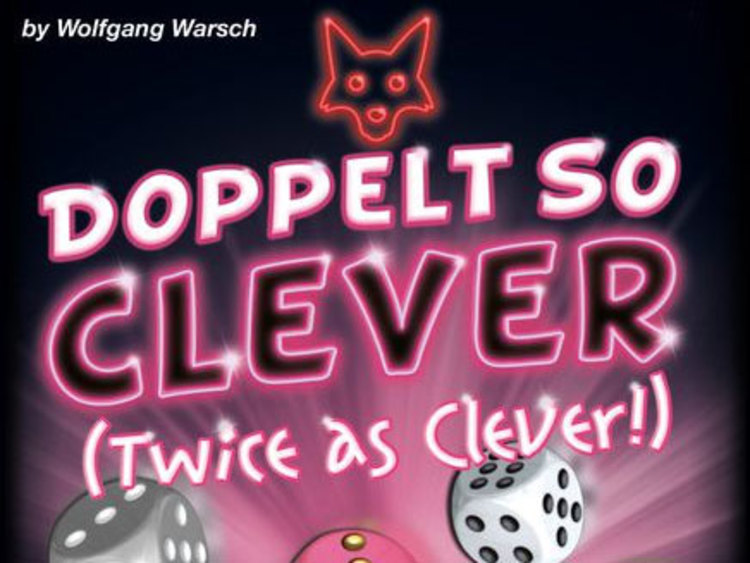 It's almost that time again. There's lots to see at the Expo this year and plenty that I'm excited to try out. I'll be working for the setup and first day of the event but I'm hoping to check out the following and more over the two busier days of the event. Let me know what you're looking forward to.

I was so pleased to find Ganz Schon Clever was for sale at Airecon, despite Games Explorers nabbing the last copy before me. It's been a firm favourite since we got our copy, I've even got the app on my tablet. So this is a no-brainer. A roll and write, where you must not only carefully select three dice each turn (and one in your opponents' turns) to fill out your scoresheet (with a variety of strategies based on the die colour) and find the optimal way to score the highest.

A battle royale style party game with negotiation, strategy, silliness and erm....gun actions dictated by your hand gestures in the style of a Western Shootout. Clint Eastwood eat your heart out. 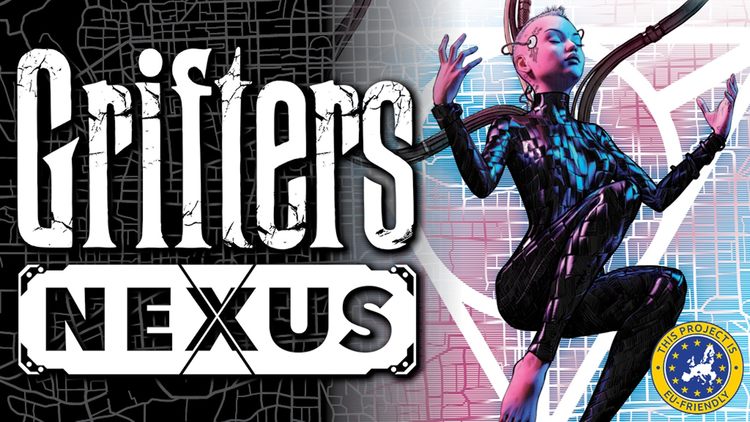 Grifters: Nexus is both an expansion to the Grifters core game and a standalone. Grifters based in the The Dystopian Universe (Coop, Resistance, Etc) is a hand-building game where you build criminal organisations by hiring operatives. Use your operatives skills to steal as much money as possible from the government, corporations and other players to become the wealthiest crime syndicate. The expansion introduces new specialist cards, new mechanisms and a new job card system. I am yet to try Grifters so this seems a good place to start. 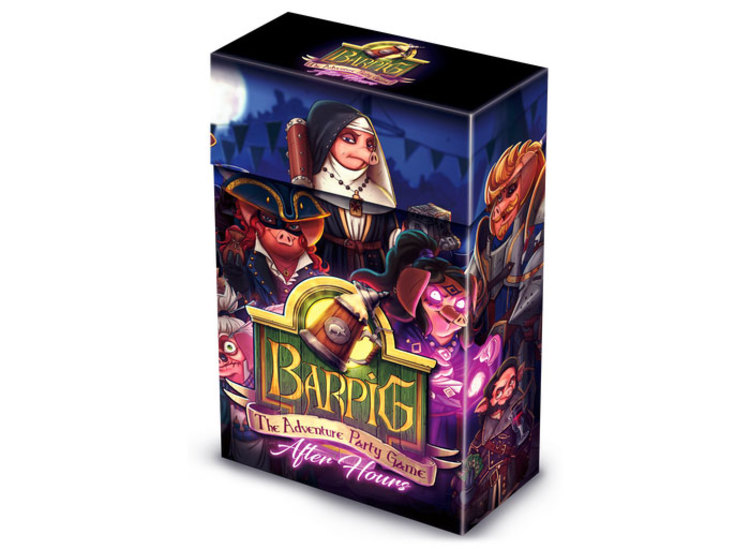 BARPIG: After Hours is the sequel to BARPIG and operates as either a standalone of an expansion to the original game. It will be launching at UK Games Expo as did its predecessor last year, with events on the convention floor and sneak previews. After Hours means that the expansion will have a darker post-watershed side. I heard plenty of good stuff about BARPIG from Essen last year and we all like a good party game. 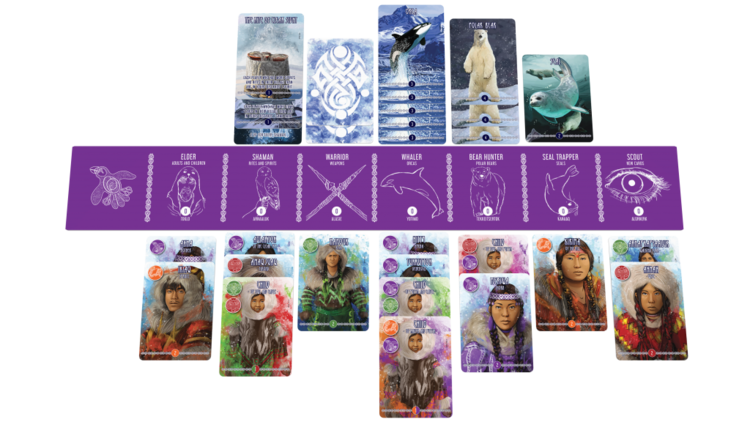 Inuit: The Snow Folk is a card-based strategy game of drafting and tableau building, it's not a new game as such as it's a reimplementation of is of Natives, with two additional modular expansions. But the new artwork certainly looks like an improvement and that will appeal more to a new audience.

A family game of perception planning and picturing the beauty of nature. Your objective is to gather a number and types of Butterflies onto a single space in the Meadow. This just looks so pretty, I am intrigued. 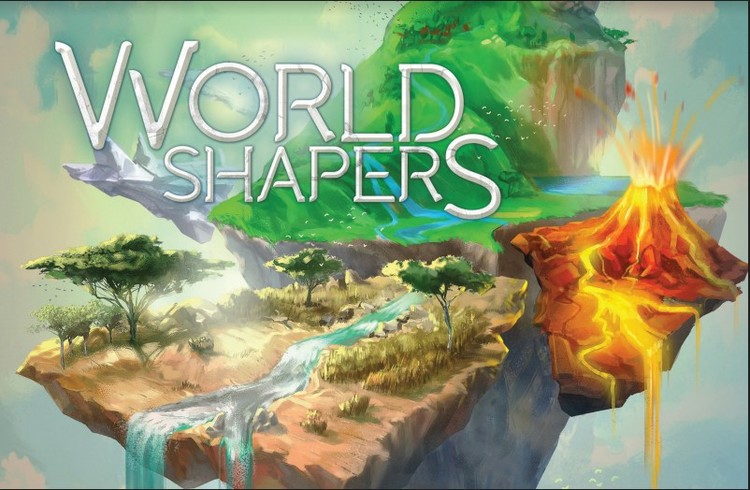 World Shapers is a card drafting game for 1–4 players based on the four elements. Players will draft and collect sets collection to create powerful combinations and use power crystals to enhance their drafted sets to make them more powerful. 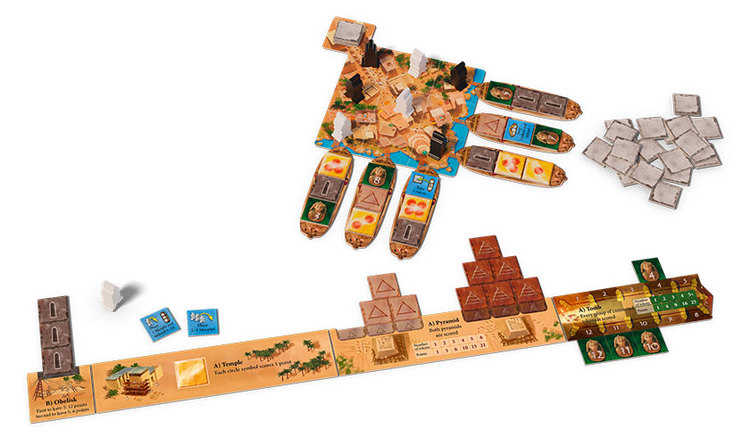 Imhotep: Duel is a you can guess a two player game based on the original, it offers a unique drafting mechanism with a 3x3 grid system for gathering tiles already loaded on boats and players, having gained their tiles, have make best use of those tiles to build monuments on a player's own moment boards. 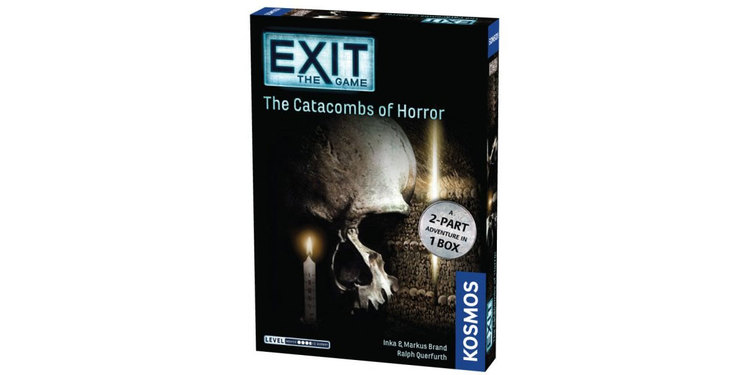 The next instalment in the Exit series. We've quite happily worked through every release. So this is no chance we're walking away without this one, if you like puzzles and escape rooms this single use escape room in a box is worthy of your pocket money. I am intrigued that this is "...a 2-part adventure in 1 box...", subsequently the price reflects as longer and more in depth experience which should be about double the standard Exit price. 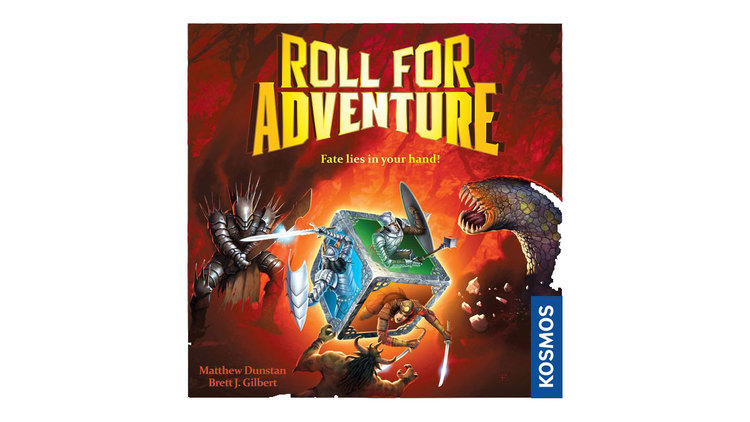 Roll For Adventure is a fast paced and cooperative dice rolling game where players attempt to collect power stones in order to complete a magic amulet to win the game. However, at the same time you are trying to fend off the Dark Lord's armies that are encroaching from all sides trying to gain control of your territories. So be quick about it. 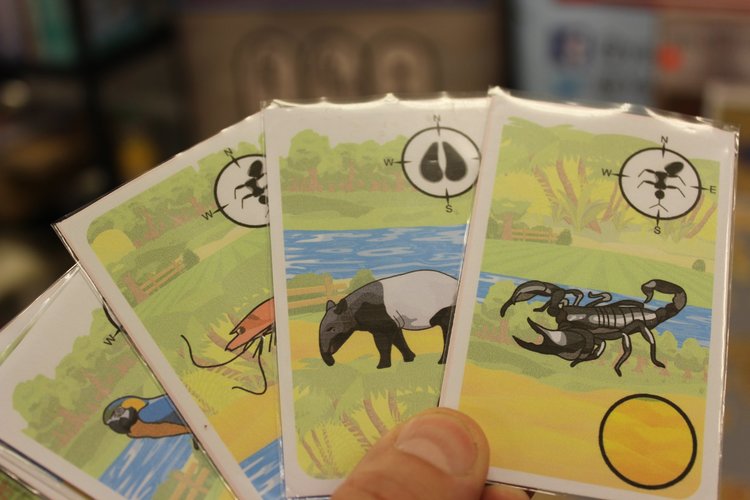 Yay, yay, yay, yay. Andy and Jenny from YAY Games will be in attendance to showcase their new game Snaggit. Snaggit is a speed-reaction game, a challenge card is revealed at the beginning of a round, and players must Snag as many cards as possible from the table that match the movement, habitat, or not of the depicted animal. Or in a call out round animals can be Snagged because they have are the  biggest, quickest, strongest, etc. It is silly but then so are the people at YAY Games.

Those of you who didn't back the Kickstarter and therefore haven't received it already, Villagers will be on sale over the weekend. Found your new village from a humble grain field utilising the skills of people looking to settle in a new village and learn how to manage resources, and your villagers skillsets to build, feed and thrive in the middle ages. 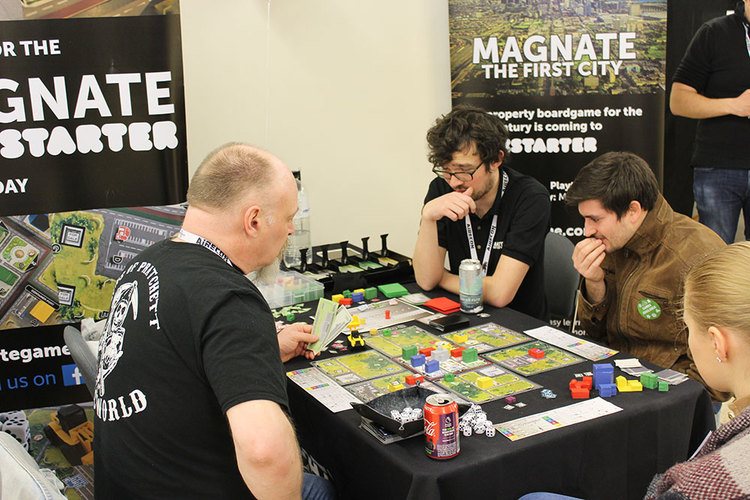 We had the pleasure of playing Magnate in the middle of last year and I absolutely love it. Its been play-tested and promoted so hard this year that it's now a very lean machine indeed. Magnate is a strategy game for 1-5 players. You'll take turns to grow your property empire by buying land, constructing buildings, marketing, renting to tenants and selling the properties on in order to make a profit. But beware the property types on the surrounding areas will either benefit your investment or impact it negatively.

An interesting Worker Placement and Set Collecting game. You play as one of the Frostrivers tribes gathering at the Sacred Grounds to present your own leader to succeed as the new Neta-Tanka, only the tribal leader that proves it can organise their tribe, are both the most generous and most able to provide for themselves can seek succession to the role. I love a good worker placement game so this is high on my radar. 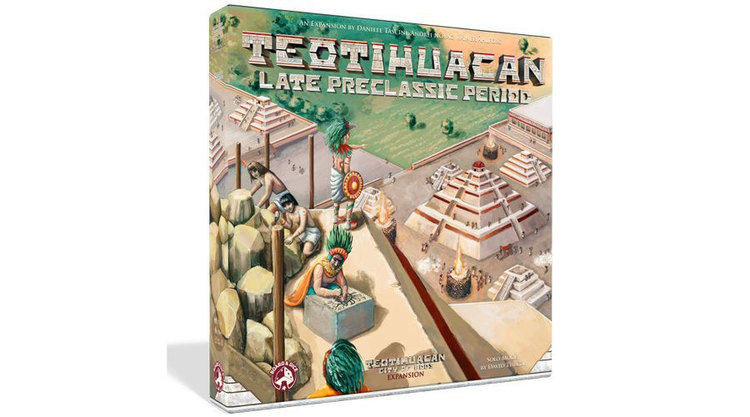 A neat expansion to last year's Teotihuacan, Late Preclassic Period adds a unique asymmetrical ability to every player, a fourth template that unlocks permanent abilities, effects that vary over each season and eclipse and finally new engineering techniques and renewed plans for beautifying the central Pyramid of the Sun. I can't wait the new challenges this will add. 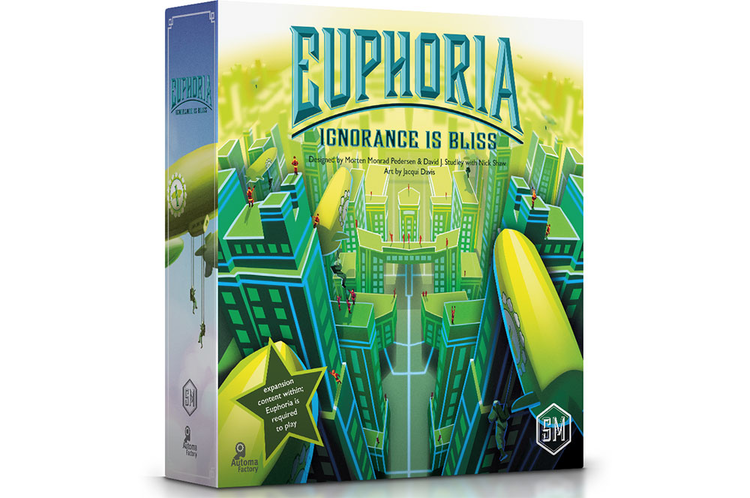 This expansion for Jamey Stegmaier's Euphoria purports to be a  "more stuff" (new recruits and market tiles), "more players" (solo play and improved automata), and an "“improve the rules” expansion (responding to five years of feedback and making some revisions). Picking up this will make us go back and refresh ourselves as it's been a little while since we played the base game.

There are plenty of Roll & Write games coming on to the market at the moment and every one of them needs to offer something unique to stand up against fierce competition. The Gig is a dice drafting game where players make up a jazz improv group where each player is looking to make their solo performance with roll and write mini-puzzles. Colour me interested. 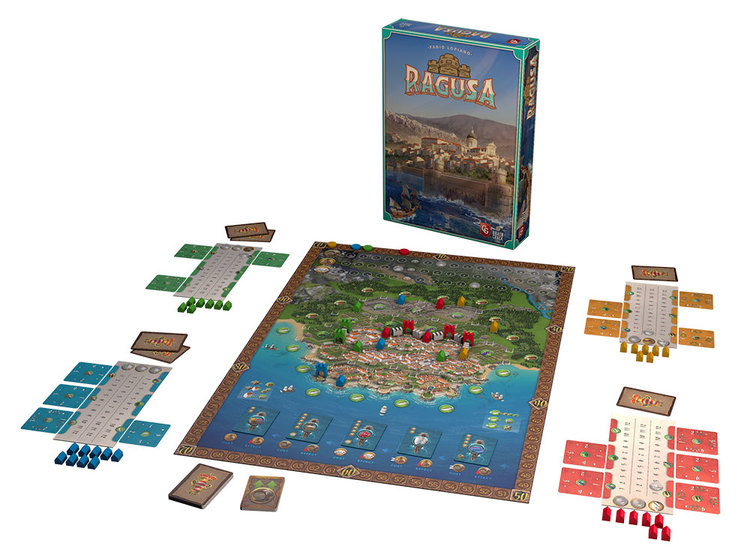 Ragusa is an epic worker placement game where players building along the lines of the board's hex grid. As they build they activate the surrounding hexes abilities, and those abilities are reactivated (and all players receive benefits of placements on hexes they are already bordering on) when further buildings are placed. This interconnected puzzle of a seems to offer a very strategic game where every placement is critical. 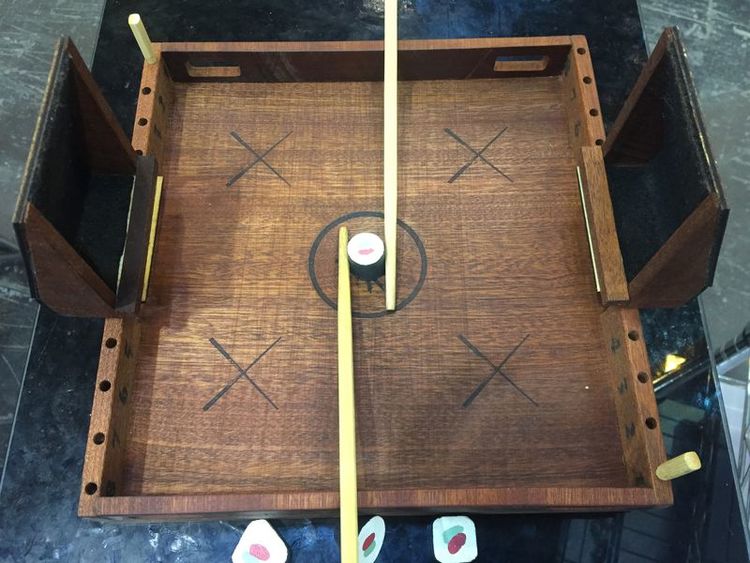 You can't beat a game based on Sushi.....Sushi Dice, Sushi Go, Wasabi. But this time we've got a dexterity game that appears to cross the delicate, cramp inducing art of using chopsticks and using them to flick sushi into the goal of your opponent. Let the food-fight begin. 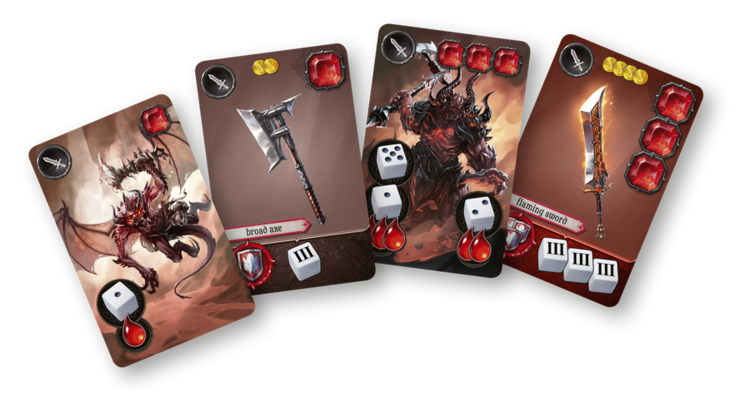 Sanctum embraces the Hack and Slash genre and brings it into a board game as each player quests to rid the land surrounding the once glorious city (Sanctum), leaving a steaming pile of corpses in their path, building up equipment and combat skill so that they can face the final boss, the Lord of Demons. 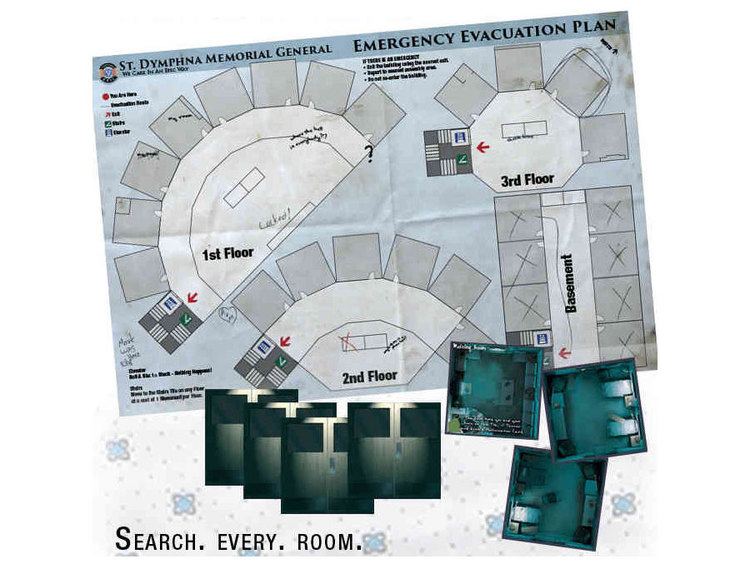 With so many Family games out there, when I read Horror, Mature/Adult my ears pricked up immediately. All players wake up in abandoned, yet oddly still functional hospital and they must search the hospital for clues and materials to help make sense of who they are, where they are and why, while along the way dealing with the unspeakably terrifying things they might encounter along the way. Sounds terrifying, I hope so. 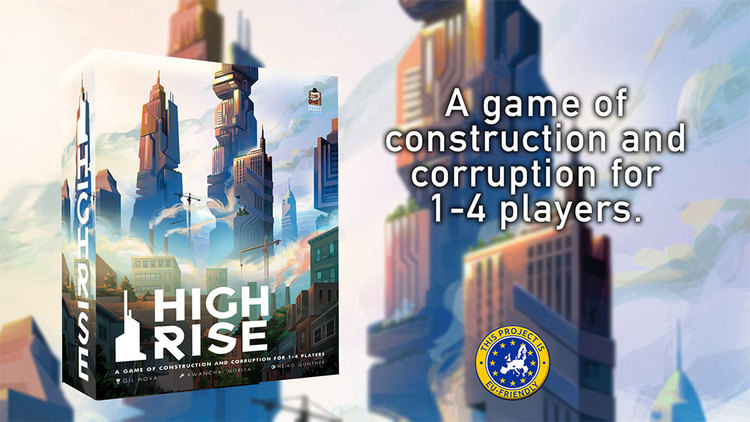 Formal Ferret who brought us The Networks are working on High Rise, a strategic city-building game with corruption. Playing over a series of turns where your actions are collecting resources, constructing buildings, and repaying favours. Build your city and gain corruption to get you some tasty bonuses along the way, but beware the most corrupt players will get penalised along the way. 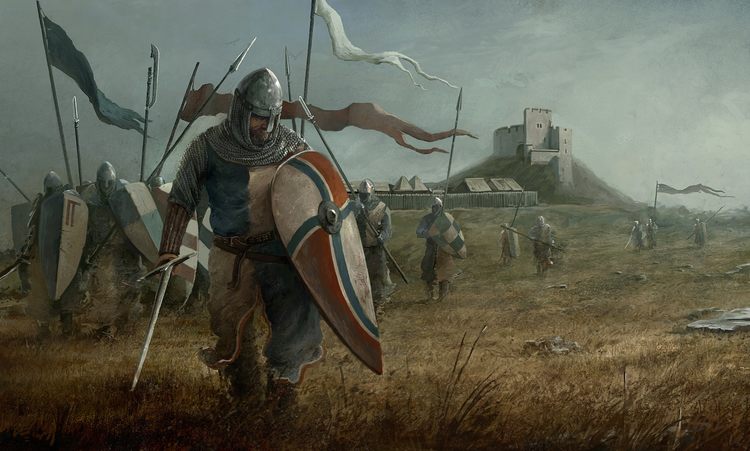 If you don't know anything about what happened in 1066 you've been living under a rock for 950 years. 1066, Tears To Many Mother is a non-collectable, tactical, asymmetrical card game with each card inspired by a real person or event from one of the most critical times in British history. Whether you're on the side of the Normans or the Saxons gather your soldiers and resources to fight it out at the Battle of Hastings. 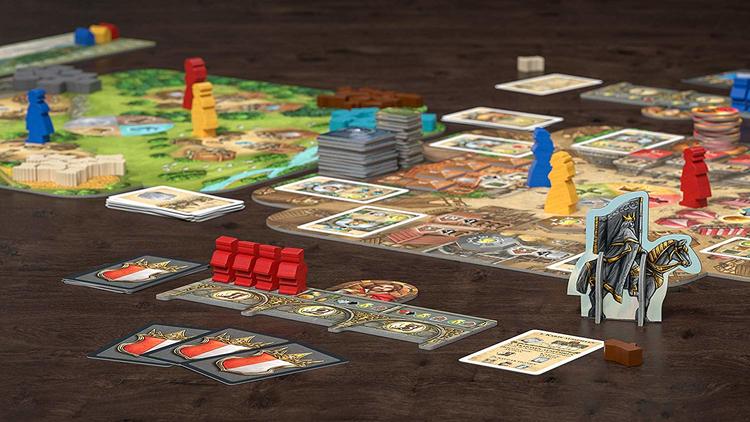 We found this gem at Essen last year from Pegasus Spiele. It's a game of card management and optimising worker actions. There are two boards, both with a roundabout; one outside the city walls collecting resources and the other operating inside the city gaining popularity so that a player can win over the populace and become the new king of Emara. 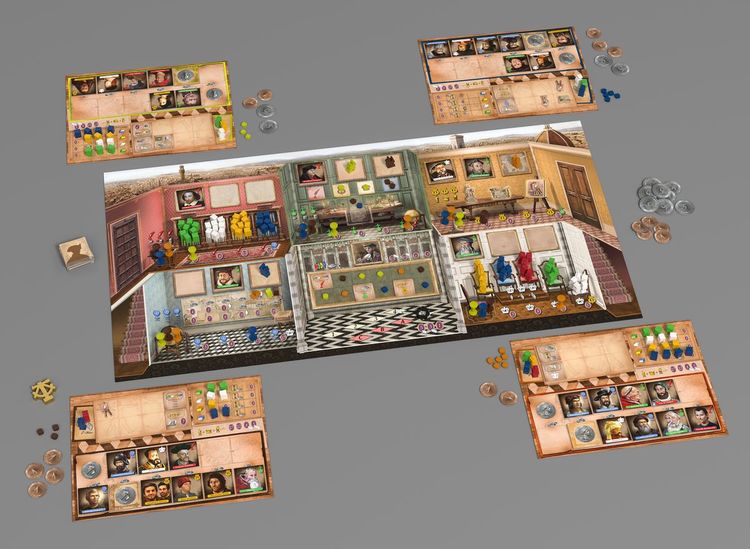 If you know Nuno Bizarro Sentiero and Paulo Soledade from their other games. Madeira, Zhanguo (which destroyed my husband) you've got an idea of the depth of strategy and weight involved. In La Stanza you play the part of a Patron of the arts, recruiting characters, investing in art, trade routes and instigating creation of the new wonders of the Renaissance.

Based in the City of Kings universe, this one is a tile placement games which looks simple on the surface but is definitely more of a thinker. Each player selects cards from the available pool and places another according the current rounds placement restriction, each tile overlaps the previously placed one with the aim of building a series of paths of water, earth and grass, and gatherings sets of animals and delivering lost items along the way. Really pretty little game.