Why I hate co-op games but love Pandemic Legacy 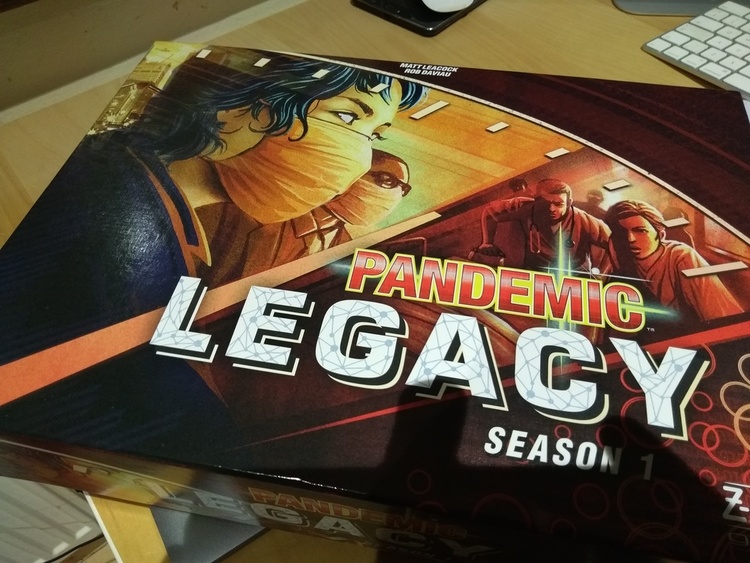 I hate co-op games. Oh, let’s all ‘work together’, 'there is no I in team', 'it doesn't matter so long as we all win'. NO. I want to bathe in the blood of my enemies, I want to win! I don't want to share victory, I want to compete and be challenged and prove that my strategy was better than everyone elses. Oh, and I especially hate Pandemic! Yet, I played nine games of Pandemic Legacy yesterday. If that comes as a surprise to you, imagine my shock that I ever thought I’d say that. So, this got me thinking about ‘exceptions to the rule’. Everyone has a mechanic or theme they dislike in gaming and most (if not all) of those people have an exception to that rule.

So, what made Pandemic Legacy different for me? (I shall try my best to keep this spoiler-free!)

I demoed for Esdevium / Asmodee here in the UK between 2014 - 2017 at numerous big live events and in store day events and one of the games we always had on show was Pandemic. For some people Pandemic is their first foray into modern gaming that isn’t Monopoly, Scrabble or Risk. Personally, I don’t feel cooperative games are great gateway games. If you have one person at the table that’s played before, they can easily take over, leaving newer gamers wondering what the hell just happened, we certainly experienced that teaching it to a new player with three people that had played before. It left them just going through the motions and following our orders. Obviously, if you have an entire table of people new to the game that’s not the case, and as a demonstrator you had to be cautious to give a group enough information to get started but not play for them!

Honestly, I am just bored with Pandemic. But, after so many great reviews I caved and picked up a copy of Pandemic Legacy: Season 1 (peer pressure) and can honestly say I was not disappointed! I partly went for it as a joke - I get to rip up a copy of Pandemic - how awesome! (Don’t worry, no cards were actually harmed during the playing of this game, they were just put to the bottom of the deck!)

But what was it that made this such a different experience? Like a great movie, Pandemic Legacy kept us guessing from game one with so many great twists and turns along the way, things were constantly changing and we really didn’t know what was coming next which kept the game interesting and fresh with each play. So much so that we sat down at 11am on a Sunday and nine games later it was bedtime. This got me thinking, there are a few co-op games out there that I like, what exactly is it I like about those? Maybe there’s something that makes them different.

Those three games are solely reliant on player interaction, it’s the plays between people that make them fun (in my mind) While I can see the similarities between them, they have nothing in common with Pandemic Legacy.

So, maybe I don’t hate co-ops after all!

Are there exceptions to every rule? Well, I don’t enjoy games with a space theme but I truly can’t think of an exception to that rule (I’m happy for someone to change my mind!). Hell, I even waited to play Fields of Green to come out because I didn’t want to play Among The Stars.

I don’t like miniature games, partly due to the money sink ‘oh, look expansion number 987 is out!’ I played Magic for enough years to avoid that like the plague, no sir I’m not getting involved in that again! Give me a dry, cube pushing euro over a game dripping with miniatures and theme any day of the week. But wait, after years of hype I gave in (this seems to be a recurring theme!) and tried Scythe. My inner euro gamer snob had dismissed it as being yet another ‘Amerithrash’ type game with all it’s minis, mechs and all.…..So, I love it!

I guess I’ve come to learn that I shouldn’t write off a game based on it’s theme or mechanism that I dislike. For the most part it’s a helpful filter to limit what games I try as I can’t possibly play every game that is released in any one year, but if there’s something you come across that you absolutely think that I should play, that will change my mind, I’d be very happy to try it.

Oh, by the way I started playing Magic The Gathering again.